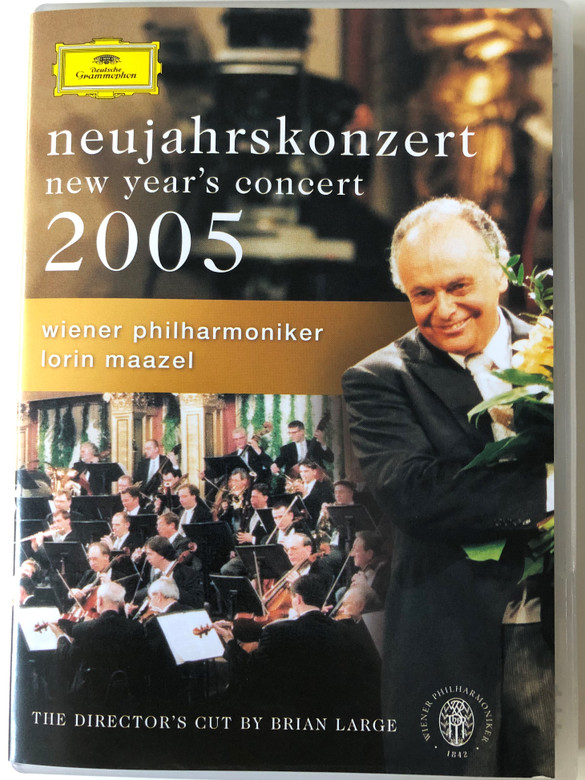 Lorin Varencove Maazel (March 6, 1930 – July 13, 2014) was an American conductor, violinist and composer. He began conducting at the age of eight and by 1953 had decided to pursue a career in music. He had established a reputation in the concert halls of Europe by 1960 but, by comparison, his career in the U.S. progressed far more slowly. However, he would later be appointed music director of The Cleveland Orchestra, Orchestre National de France, Pittsburgh Symphony Orchestra, Bavarian Radio Symphony Orchestra, and the New York Philharmonic, among other posts. Maazel was well-regarded in baton technique and possessed a photographic memory for scores. Described as mercurial and forbidding in rehearsal, he mellowed in old age.

On New Year's Day 2005, conductor Lorin Maazel conducted the New Year's Concert from Vienna. Traditionally, a well-known conductor, together with the Vienna Philharmonic, opens the New Year. And traditionally, this concert is broadcast live in several European countries in a Eurovision television broadcast. In the Netherlands this means broadcasting by the NOS, where the commentary has been provided by Joop van Zijl for several years. Every year, an average of 1 million Dutch people watch and listen to the New Year's concert on television as a traditional interpretation of New Year's Day. Tradition is of paramount importance in Vienna, Austria. This means that little has changed about this concert for decades. And so there are the well-known rollers, polkas and marches of the brothers Johann Jr. and Josef Strauss on the program. The played pieces have been personally selected by Lorin Maazel and also contain some unknown, previously unplayed, works by the two Strauss brothers. In addition, music by Joseph Hellmesberger and Franz von Suppé has also been played.