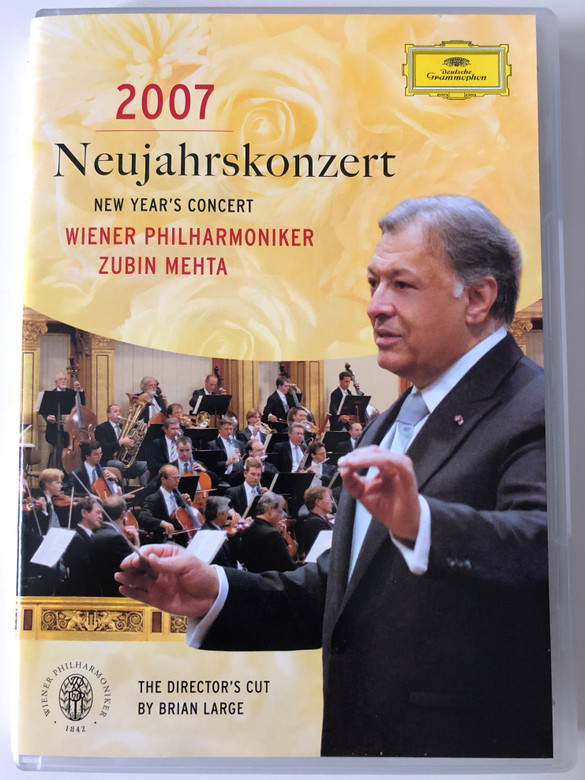 Neujahrskonzert - New Year's Concert 2007 is the television recording of the traditional New Year's concert from Vienna. Every year, the Wiener Philharmoniker from the Musikvereinssaal in Vienna play waltzes and polkas by, among others, Strauss. This year, Zubin Mehta conducted this prestigious concert for the fourth time. This DVD contains a director's cut image registration of the concert. The concert was put on DVD by Deutsche Grammophon, part of the Universal Music, with good quality images and sound. The image is in NTSC format, so make sure that your installation can display NTSC image! The sound quality is fine with an uncompressed PCM track and both a DD5.0 and a DTS5.0 surround track. The extras on this DVD are images that were used during the television registration, as a change from the images of the orchestra.

Extras:
The DVD has static menu screens without background music. The extras on this DVD are images that were used during the television registration, as a change from the images of the orchestra. All extras are in 1.78: 1 anamorphic NTSC widescreen format. The two videos have, just like the concert, PCM stereo, DD5.1 and DTS5.1 sound.

Dynamides (10 min)
The filmed ballet to the music Josef Strauss.

National Park Austria (23 min)
During the intermission of the concert, a short documentary about this Viennese park was shown on television.

Catalog
With an overview of other DG expenditure.