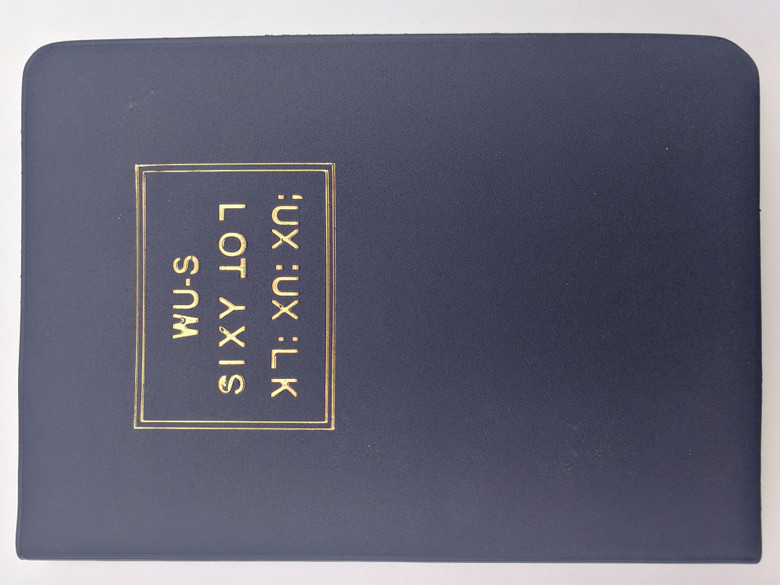 Lisu is a Tibeto-Burman language spoken by about 940,000 people in Yunnan in the south west of China, in northern Burma (Myanmar), in Thailand and in India. It is closely related to Lahu and Akha, and also to Burmese, Kachin and Yi.

Lisu has been written with a number of different scripts, including the Pollard Script, the Fraser alphabet, the Lisu syllbary and the Latin Lisu alphabet.

The Fraser alphabet or Old Lisu Alphabet was invented in about 1915 by Sara Ba Thaw, a Karen preacher from Myanmar, and improved by the missionary James O. Fraser, a missionary who lived and worked with the Lisu people in China from 1910 to 1949. During his time in China, Fraser learnt to speak Chinese and Lisu and produced a Lisu translation of the New Testament using his alphabet. He also devised a system of muscial notation for the Lisu to use.

In 1992 the Chinese government recognised the Fraser alphabet as the official script for the Lisu language and has encouraged its use since then.

In the Central Lisu dialect, Fraser, after creating the Fraser alphabet, first worked on Mark and John. He then handed on the translation task to Allyn Cooke and his wife, Leila, coming back to help the team with revision in the mid 1930s. Isobel Miller Kuhn also worked on the translation. The New Testament was finished in 1938, and the complete Bible in 1968.