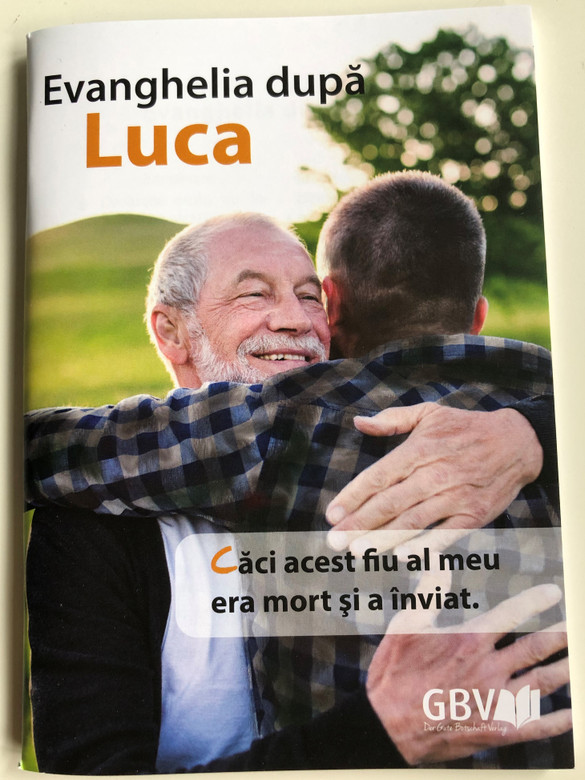 The Gospel of Luke - part of the Word of God. Jesus Christ is presented in this Gospel as the true, perfect man. Luke describes here His childhood, His aging, His dependence in prayer to His God and Father. In all the Gospel, Luke shows us in a noble way what Christ himself was: a man on this earth.

The first Romanian Bible translation is the Calvinist Palia de la Orăștie (Saxopolitan Old Testament) from 1581/1582. The translators were Hungarian Calvinist priests from Transylvania. The first complete translation to Romanian was made in 1688 (called "Biblia de la București"). The Old Testament was translated by Moldavian-born Nicolae Milescu in Constantinople. The translator used as his source a Septuagint published in Frankfurt in 1597. The manuscript was afterwards revised in Moldova and later brought to Bucharest, where it was again subject to revision by a team of Wallachian scholars (among whom were Radu and Şerban Greceanu) with the help of Şerban Cantacuzino and Constantin Brâncoveanu.

Before the publication of the Bucharest Bible, other partial translations were published, such as the Slavic-Romanian Gospel (1551), Coresi's Gospel (1561), The Braşov Psalm Book (1570), Palia from Orăştie (1582), The New Testament of Alba Iulia (1648) and others. In September 1911, the British and Foreign Bible Society printed the Iasi Old Testament with the Nitzulescu New Testament, revised by Professor Garboviceanu and checked by Prof Alexics. This was the official BFBS text before Cornilescu was adopted in 1924, but was more literal. This text was revised by Cornilescu from 1928 and printed by the Bible Society in 1931 but has not been issued since.