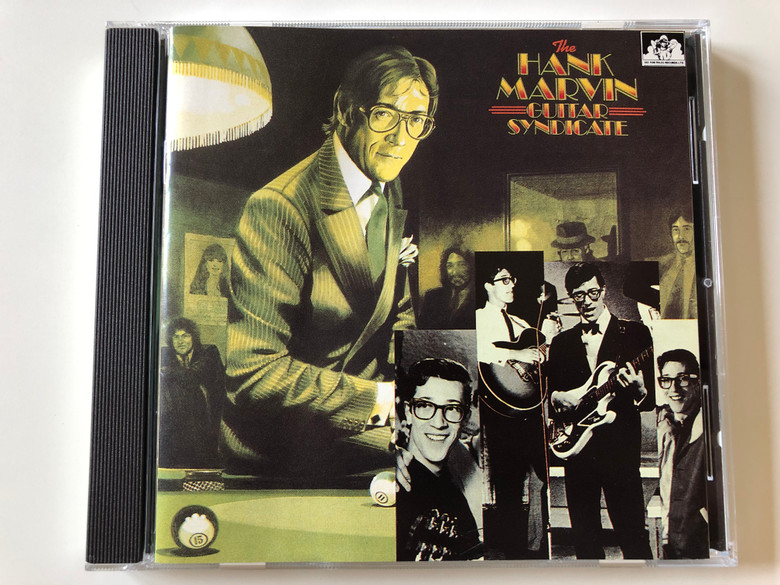 Hank Brian Marvin (born Brian Robson Rankin, 28 October 1941) is an English multi-instrumentalist, vocalist and songwriter. He is best known as the lead guitarist for the Shadows, a group which primarily performed instrumentals and was the backing band for Cliff Richard, and subsequently for Marvin, Welch & Farrar.

Hank Marvin's second solo outing was an attempt to create a guitar orchestra, much like Les Paul was trying to do when he created multi-tracking back in the late 40's.
Gathering together 9 other guitarists, including Vic Flick, best know as the guitarist on "The James Bond Theme", Colin Green from Georgie Fame's Blue flames and several others, they created this massive wall of 6 & 12 string guitars, both electric and acoustic.
The 2-part "New Earth" opens the set, with a massive build up in part 1 and some really tight syncopation in part 2.
Pop standards past and (at the time)present were represented by Stevie Wonder's "Bird of Beauty", Cole Porter's "I've Got You Under My Skin", "Ebb Tide" and "You Are Everything".
Hank and former Shadow John Farrar each wrote songs for singer Olivia Newton-John that are represented here. "Have You Never Been Mellow" is chock full of acoustic 12 strings and a Vocoder on the chorus electric guitar.
"Silvery Rain" has wonderful mood and tempo shifts, and was a "green" song before "going green" was fashionable.
"Thunder Thumbs and Lightnin' Licks" as well as "St. Louis Blues" do indeed showcase Hank's love of the blues, and above all the textures, Hank's Stratocaster soars.
Fittingly, the finest moments on the album are the two most "Shadows-sounding tracks on the album, "Flamingo" and the Hank Marvin-Brian Bennett original "Syndicated".
The album is very much 70's in flavor, with lots of effects, vari-speed guitars, and it's funky, almost dancable grooves.
While not embraced upon it's release, it certainly deserves a re-visit.
Not easy to come by, however, so if you see it...get it while you can. 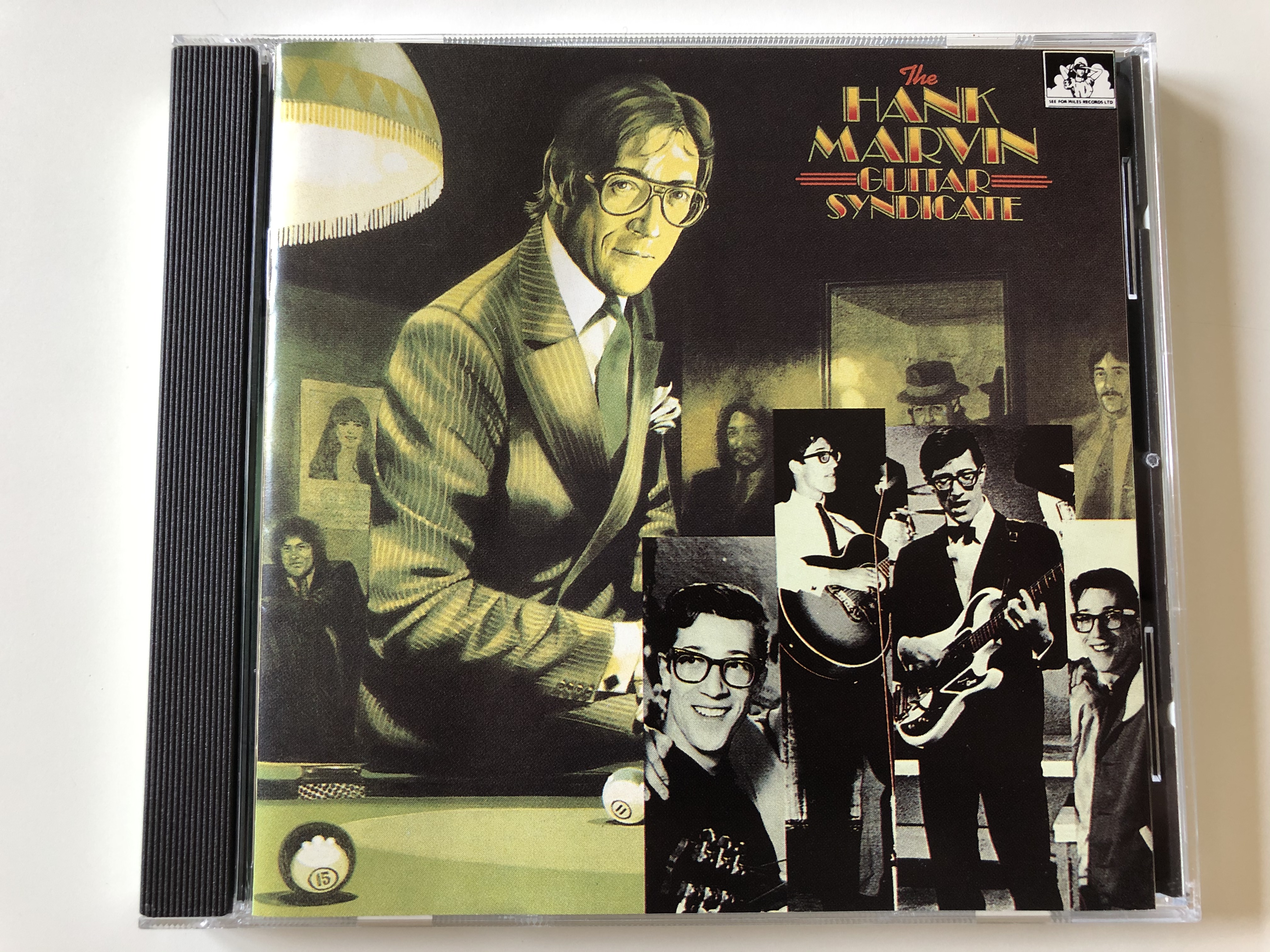 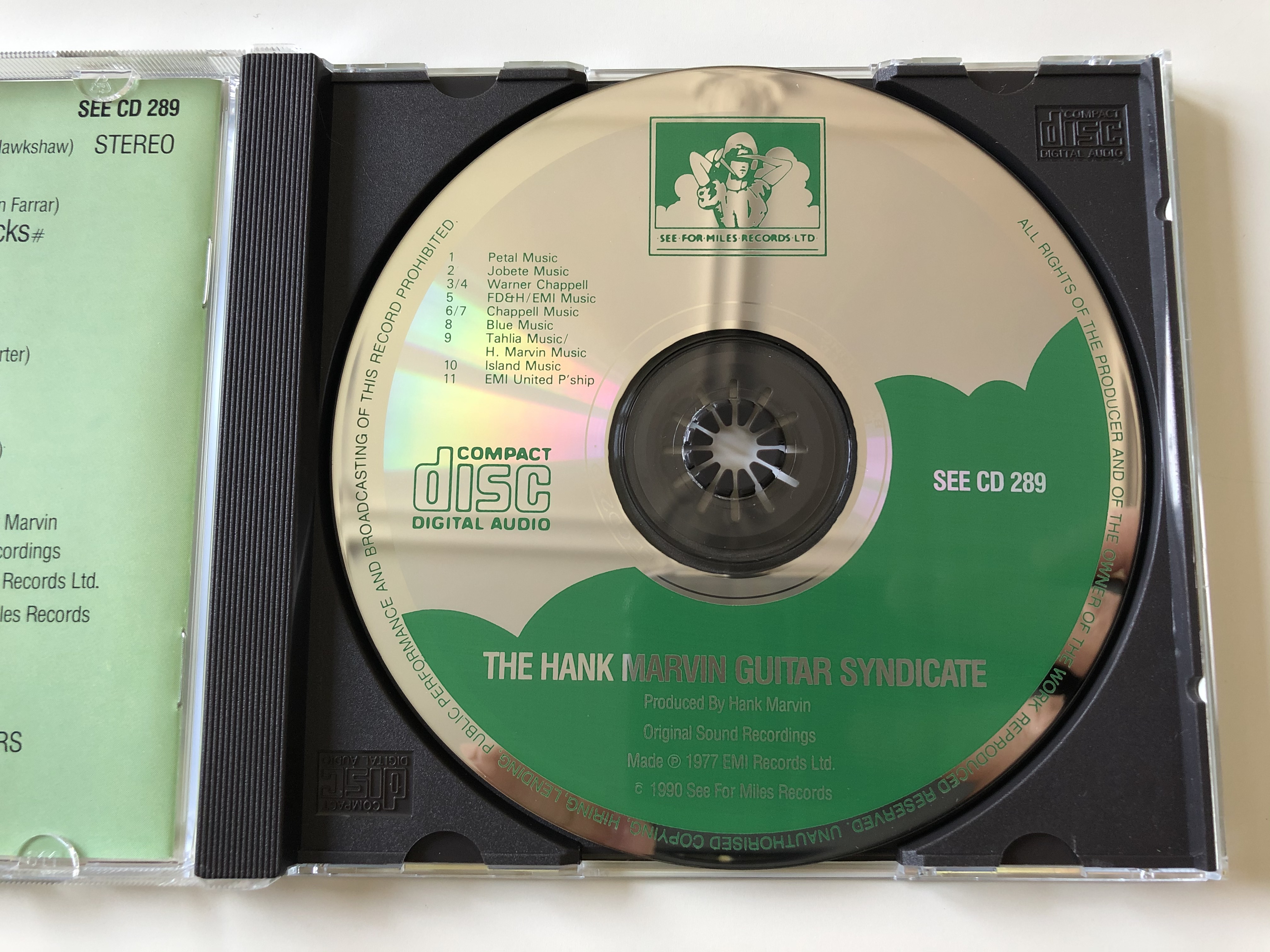 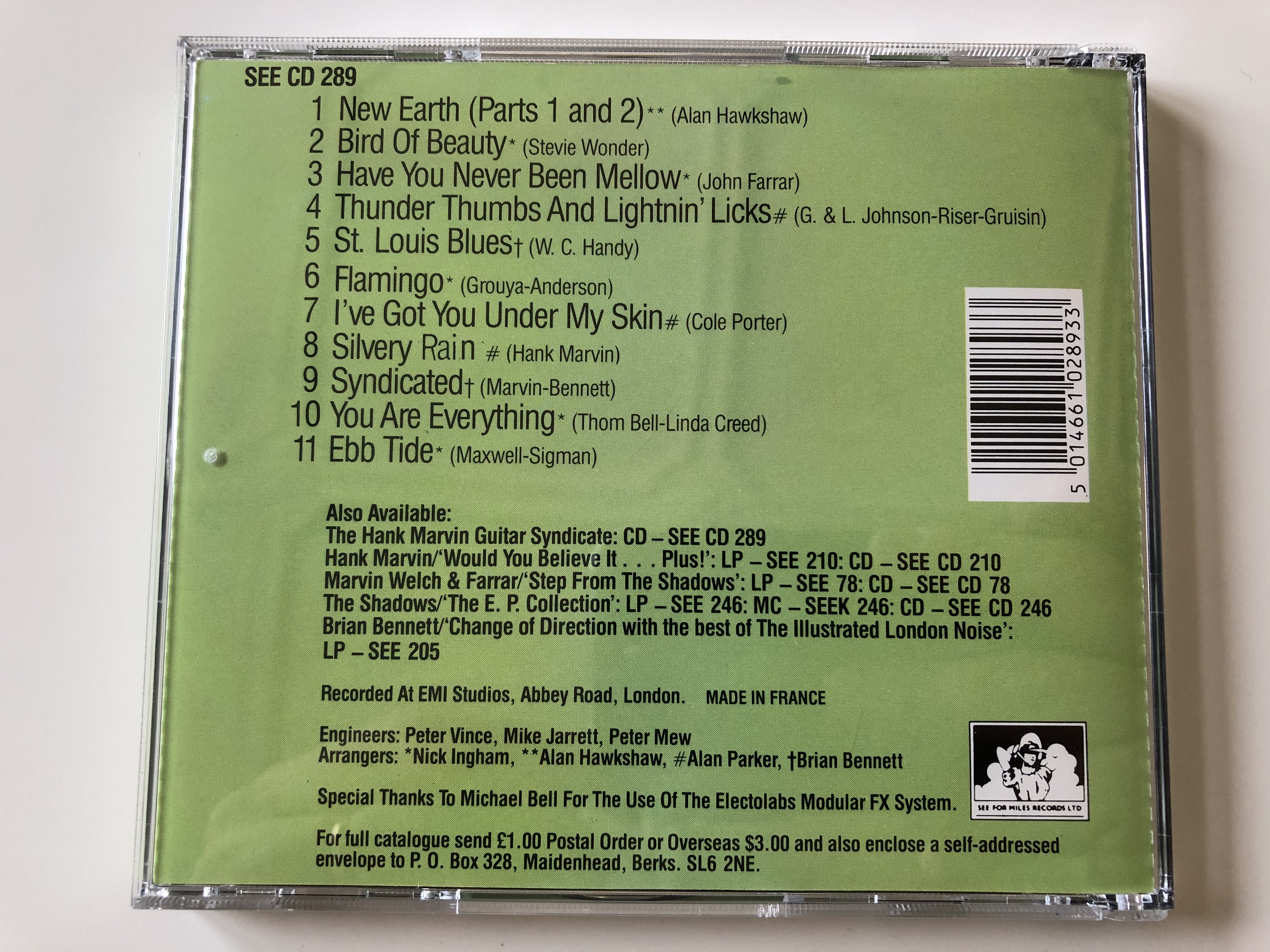