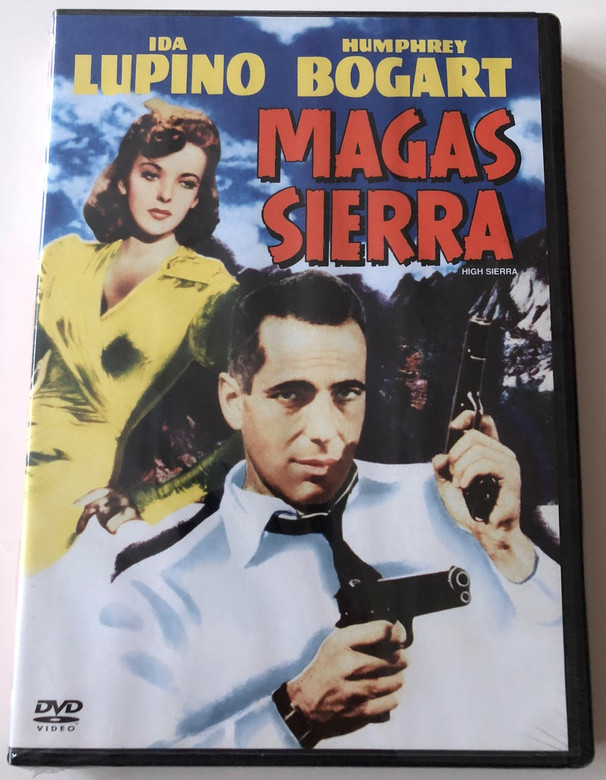 High Sierra is a 1941 heist film and early film noir written by W.R. Burnett and John Huston from the novel by Burnett. The film features Ida Lupino and Humphrey Bogart and was directed by Raoul Walsh on location at Whitney Portal, halfway up Mount Whitney in the Sierra Nevada of California.

The screenplay was co-written by John Huston, Bogart's friend and drinking partner, adapted from the novel by William R. Burnett (also known for, among others, Little Caesar and Scarface). The film cemented a strong personal and professional connection between Bogart and Huston,and provided the breakthrough in Bogart's career, transforming him from supporting player to leading man.

The film contains extensive location shooting, especially in the climactic final scenes, as the authorities pursue Bogart's character, gangster "Mad Dog" Roy Earle, from Lone Pine up to the foot of the mountain.

An aged gangster, Big Mac (Donald MacBride), is planning a robbery at a fashionable California resort hotel in the fictional resort town of Tropico Springs, California. He wants the experienced Roy Earle (Humphrey Bogart), just released from an eastern prison by a governor's pardon, to lead the heist and to take charge of the operation.

Roy drives across the country to a camp in the mountains to meet up with the three men who will assist him in the heist: Louis Mendoza (Cornel Wilde), who works as a clerk in the hotel, plus Red (Arthur Kennedy) and Babe (Alan Curtis), who are already living at the camp. Babe has brought along a dance-hall girl, Marie (Ida Lupino). Roy wants to send Marie back to Los Angeles but, after some argument, she convinces Roy to let her stay. Roy also is adopted by a small dog called Pard. Marie falls in love with Roy as he plans and executes the robbery, but he does not reciprocate.

On the drive up to the mountains, Roy met the family of Velma (Joan Leslie), a young woman with a clubbed foot who walks with a limp. Roy pays for corrective surgery to allow Velma to walk normally, despite her grandfather's warning that Velma has a boyfriend back home. While she is recovering, Roy asks Velma to marry him but she refuses, explaining that she is engaged to a man from back home. When Velma's fiancé arrives, Roy turns to Marie, and they become lovers.

The heist goes wrong when they are interrupted by a security guard. Roy makes his getaway with Marie, but Mendoza, Red, and Babe are involved in a car crash, killing Red and Babe. Mendoza is captured and talks, putting the police on Roy's trail. Roy goes to Big Mac with the jewels from the robbery, but finds him dead of a heart attack.

While Roy and Marie leave town, a dragnet is put out for him, identifying him to the public as "Mad Dog Roy Earle". The two fugitives separate in order to allow Marie time to escape. Roy is pursued until he climbs one of the Sierra mountains, where he fires shots at the police and then holes up overnight.

Shortly after sunrise, Roy hears Pard barking, runs out calling Marie's name and is shot dead from behind by a sharpshooter. 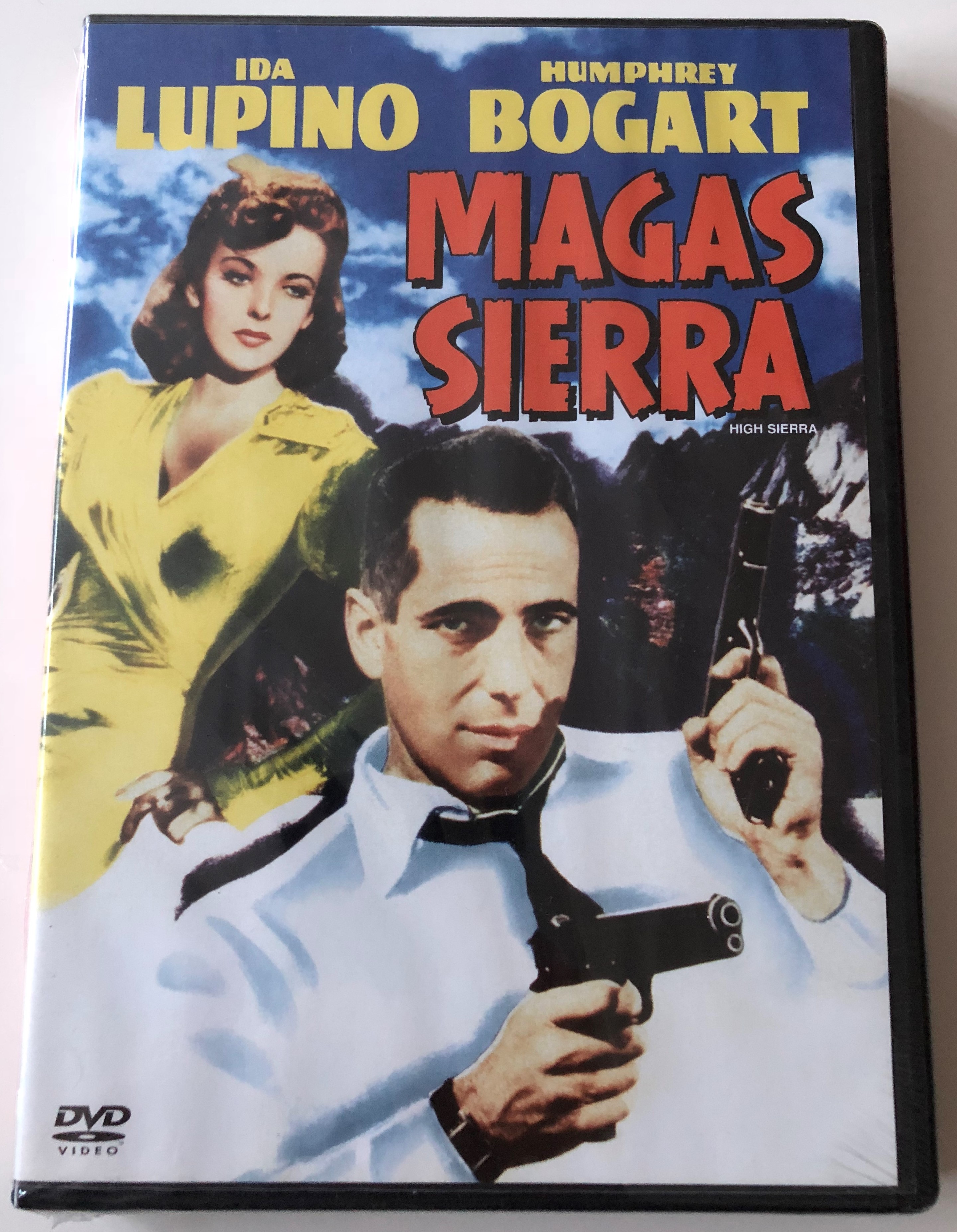 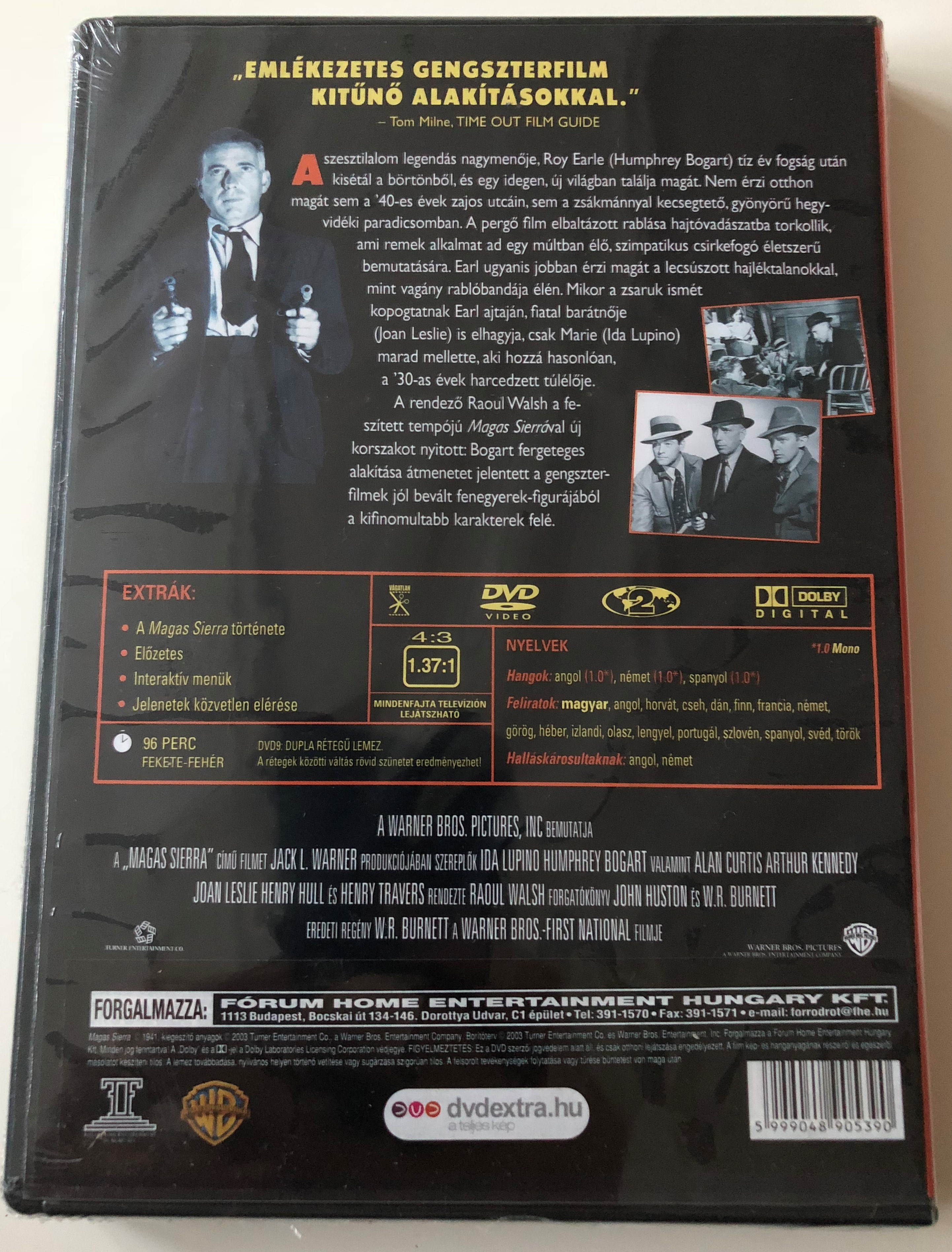