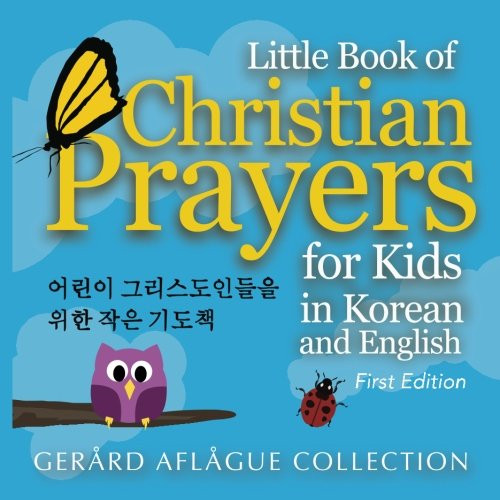 Little Book of Christian Prayers for Kids in Korean and English

This book is a resource that assists parents to teach children to pray in English and German. Using colorful illustrations, each page presents a short phrase allowing for easier memorization.

The Korean language (한국어/조선말, see below) is the official and national language of both Koreas: the Democratic People's Republic of Korea (North Korea) and the Republic of Korea (South Korea), with different standardized official forms used in each territory. It is also one of the two official languages in the Yanbian Korean Autonomous Prefecture and Changbai Korean Autonomous County of the People's Republic of China. Approximately 80 million people worldwide speak Korean.