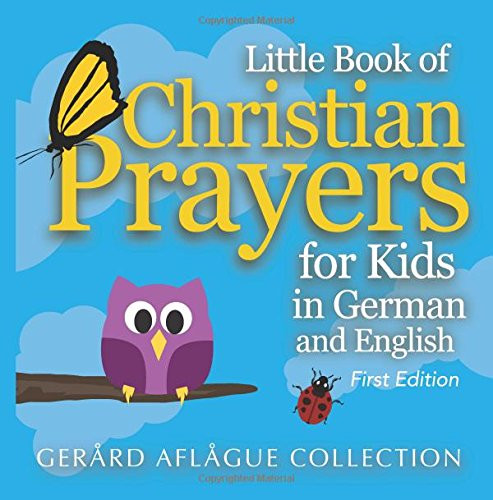 Little Book of Christian Prayers for Kids in German and English

This book is a resource that assists parents to teach children to pray in English and German. Using colorful illustrations, each page presents a short phrase allowing for easier memorization.

German (Deutsch [ˈdɔʏt͡ʃ]  is a West Germanic language that is mainly spoken in Central Europe. It is the most widely spoken and (co-) official language in Germany, Austria, Switzerland, South Tyrol (Italy), the German-speaking Community of Belgium, and Liechtenstein. It is also one of the three official languages of Luxembourg. The languages which are most similar to German are the other members of the West Germanic language branch: Afrikaans, Dutch, English, the Frisian languages, Low German/Low Saxon, Luxembourgish, and Yiddish. German is the second most widely spoken Germanic language, after English.