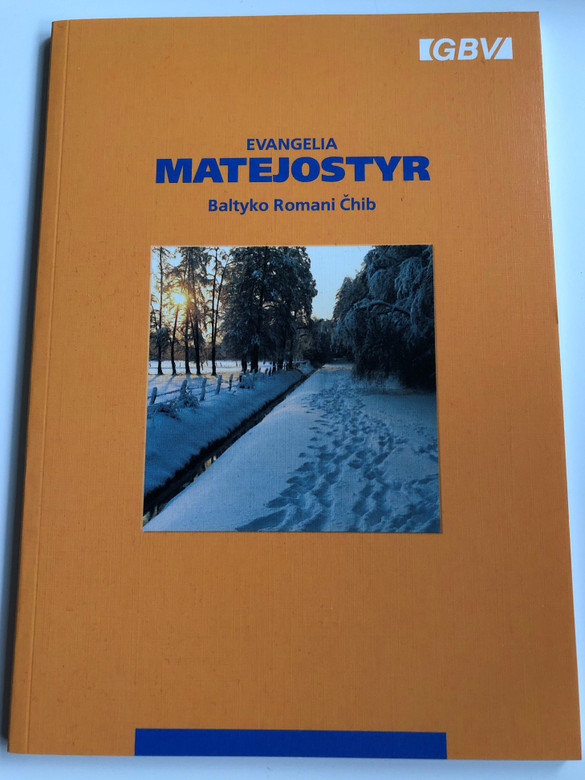 Gospel of Matthew The Gospel of Matthew, a part of the Word of God. Jesus Christ is presented in this gospel as the Messiah, the promised king who comes to his people. In this gospel are many quotes from the Old Testament that show that the Lord Jesus really was the announced Messiah in the Old Testament. Matthew, in his gospel, refers to Jews and thus addresses the religious world in particular.

Baltic Romani is group of dialects of the Romani language spoken in the Baltic states and adjoining regions of Poland and Russia. Half of the speakers live in Poland. It also called Balt Romani, Balt Slavic Romani, Baltic Slavic Romani, and Roma. Romani began as an Indo-European language, which morphed into an Indo-Iranian language, and then into an Indo-Aryan language. After that the Romani language broke down into Balkan Romani and Central Romani. Baltic Romani came from the Central Romani dialect which branches off into other dialects. There are a total of around 35,000 users in all countries.

This language is spoken in the following countries;