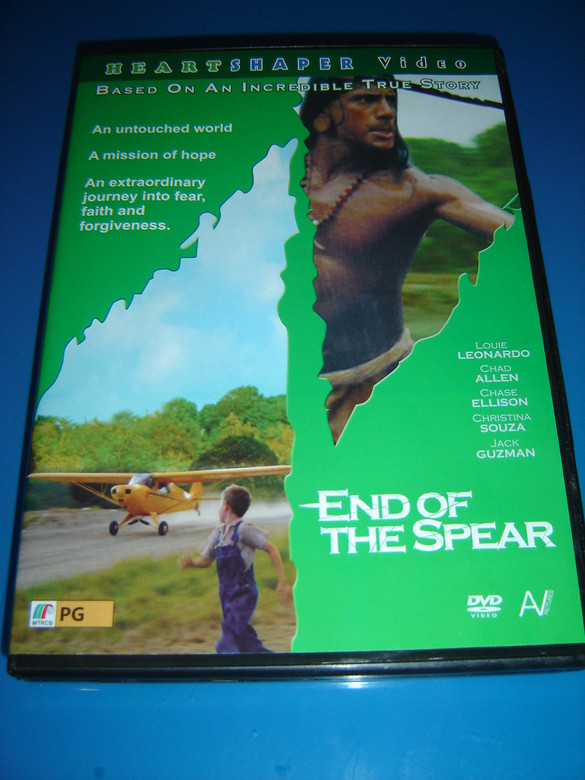 End of the Spear (DVD) Based On An Incredible True Story

End of the Spear (DVD) Based On An Incredible True Story

"End of the Spear" is the remarkable journey of a savage Amazon tribesman who becomes family to the son of a North American man he kills. Mincayani (Louie Leonardo) is a Waodani warrior who leads the raid that kills Steve Saint's father and four other missionaries. Through a suspenseful series of events Steve Saint (Chase Ellison) is able to visit Mincayani's tribe. Steve tries to learn which warriors killed his father, but has to leave with his question unanswered. Steve returns to the Waodani as an adult (Chad Allen). Together Mincayani and Steve confront the true meaning of the life and death of Steve's father, and the other men who were killed.