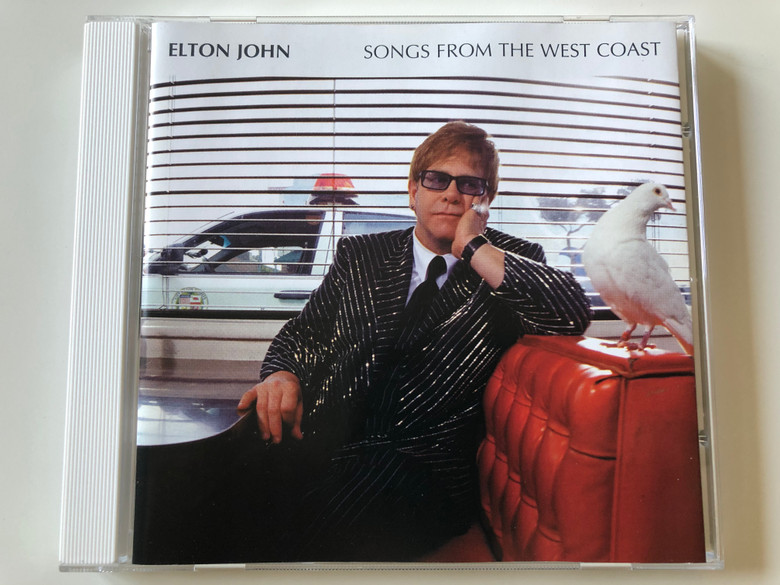 Songs from the West Coast is the twenty-sixth studio album by British singer-songwriter Elton John, released worldwide on 1 October 2001. Many critics have said that this album brought John back to his piano-based musical roots.

At the beginning of the 21st century, Elton John was, effectively, a touring greatest hits act. Despite the excellence of 1995’s Made in England album, his 70s and 80s heydays had departed, and most people who had discovered Elton in the 90s had done so via the remake of Candle in the Wind he wrote for the late Princess Diana. He was an act left over from the past, with an increasingly pop direction exemplified in up-tempo hookfests like I’m Still Standing that had led him away from his earliest, more American influences. A career of charity concerts and compilations seemed certain.

So it was something of a surprise when John, reunited once again (again) with his traditional lyricist Bernie Taupin, emerged from the studio in 2001 with one of the strongest albums of his career. Songs From the West Coast, as the name suggests, took the pair back to the early days of their career, when comparisons might have been made between John and the likes of Randy Newman or Leon Russell, and when a powerful sense of Americana pervaded the work of both creative forces.

Songs like This Train Don’t Stop There Anymore and I Want Love are not only as rootsy as anything from Tumbleweed Connection or any of Elton’s older work, but they were, significantly, released with videos that didn’t feature Elton. Instead, Robert Downey Jr and – even more significantly – Justin Timberlake were recruited, the latter playing the part of a young, glammed-up Elton. The rest of the album, most notably in songs like Look Ma No Hands and Birds, has a looseness and thoughtfulness not heard in Elton’s work for a long time. And the combined result, remarkably, was an album nobody thought could have happened, and one that’s still worth a listen today.