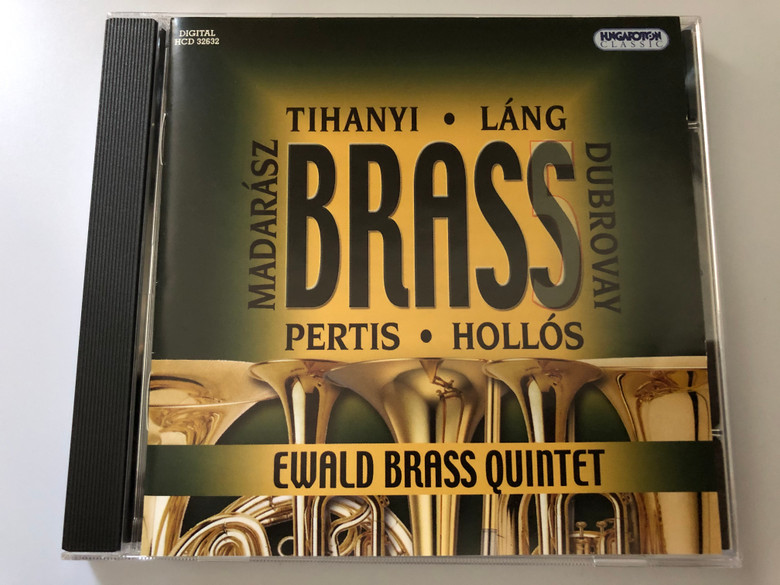 Looking back on a thousand years of music history, it is striking that from each period and style to the next a different chamber music formation rose to prominence in terms of creating new genres. There have been temporary "favourites" while others - defying time and change of style - proved to be lasting. This is due, among others, to the development level of the instruments and music-making practices. The music itself assumes a key role in survival, which is another case in point of the interdependence of composers and performers. The bulk of music for brass quintet consists of twenty and twenty-first-century works, and music from the centuries before is available in transcription.

The rich ouvre of László Dubrovay (1943) has much to offer for wind ensembles of many different types. The three-movement Quintet No. 3 (1998) sets high standards for the players while it is exciting to listen to. Dubrovay is characterised by the utmost exploitation of the playing capacities of the instruments. He treats the special sonority - experimented with in his solo works - as a natural possibility. And while the listener is busy enjoying the timbres, he perhaps fails to recognise that the diverse sonority is produced in the framework of historically known forms. For example, in the opening movement displays many features of the sonata form (and transforms the themes in a way familiar from baroque polyphony); the slow middle movement has a curious form of recapitulation involving a play of freedom and restriction; and the "Witch Gallop" closing movement is a rondo finale. Throughout the movements we identify brief segments of what has already been heard: constituents that create coherence unnoticed within the cycle. The orchestration is interesting in that it calls for two differently-tuned trumpets. The C trumpet plays a par excellence melodic role, the B-flat trumpet an accompanying one. The well-nigh "whistleable" tunes and unusual effects meld happily.

The essence of Hassidic tales is that as the stories told and re-told and passed down orally, the re-telling becomes part of the story. Hassidic stories became widely known as noted down by the eminent twentieth-century scholar of Judaic studies, Martin Buber. If the attitude of Ashkenazi Jews had a visual emblem, it would be Chagall's famous painting Fiddler on the roof. The Hassidic tales of Iván Madarász (1949) are not the musical analogies or renderings of particular Hassidic tales; rather, the title refers to an adoption of the attitude that believes that there is no such thing as sacred (meaning the profane and the sacred cannot be separated), because sacredness permeates every moment in life, even the most banal action or event. His miniatures are evocative of a world that defies commonsense logic. The opening movement consists of a sequence of fixed signal-motifs and quick-repetitive sections reflecting on them. The second movement features a sampling of scales and chains of intervals. In the third movement eight different transpositions of a melodic pattern in the rhythmic formula of an Adonic line are played over a sigh-like ostinato. In the spirit of the previous movements, the fourth is the composer's trademark play of speed. The closing movement, with a variable tempo, permanence is conveyed by means of an even pulsation of quavers.

László Tihanyi (1956) composed his op. 28 in 2001 and re-worked it in 2008. Whether we consider Scene for five players the parody of a mystery play or a mystical parody, is left to the listener to decide. The players are allegorical figures, the four fundamental elements. Fire is rendered by the first trumpet, air by the second, earth by the horn and water by the trombone; while the tuba represents Hungary. The players are arranged in a way that the four elements stand in the four corners of an imaginary square, with the tuba in the middle. The process whereby the melodic instruments evolve, according to a "programme", creates a unique experience of sound and space. Moreover, in accordance with a choreography set out in the score, the instrumentalists keep changing place (except the tuba), now approach the centre, now move on to a different place or turn around their own axis, which affords a special visual experience in a concert performance. The dense network of lines of force between the five instruments reveals the richness of brass-quintet sonority.

The work of István Láng (1933) on this recording was commissioned by the city of Barcs in 1980 for a brass chamber music festival which, over the years, grew from being a modest national event to an major international one. Prelude, 3 Mobils and Postlude are dedicated to the Budapest Brass Quintet, founded in 1975. The composer had previously written two chamber pieces for brass (Cassazione for 3 trumpets, 2 trombones and tuba, 1971; and Five short pieces for 2 trumpets and 2 trombones, 1975). Shortly, he produced a sequel, Lento for brass quintet (1983).

The fanfare-style opening movement (Allegro ma non troppo) begins on a unison B-flat, then minor seconds clash and a melody in the horn, constructed on expanding intervals, explores the chromatic range to end in a tonality of B. All three mobiles are fast, but each has a different character. The aleatory process in Vivace is more than restrained: the two trumpets proceed for a long time in a canon at second intervals, with segments of the horn and the tuba in mirror inversion. The fourth interval assumes a key role in the melody. The Appassionato is constructed from alternating sections of fixed and, in terms of declamation, unfixed metre. Agitato, with a score brimming with performance instructions, is a graphic rendering of emotional charge. Postlude (Andante cantabile) is a four-part canon where the unison canon of the two trumpets is joined by a canon at the fifth interval in mirror inversion, above the canon in a fifth interval above the cantus-firmus-like augmented part of the tuba.

For many years the ouvre of Jenõ Pertis (1939-2007) contained just one chamber work for brass, the Brass Sextet. It was not until his legacy was fully processed in 2007 that Serenade in yellow was discovered, together with a bunch of other works the composer never showed anyone. It dates from the same year (1984) as, and in many ways rhymes with, Sextet which was recorded by the Hungarian Radio shortly afterwards (played by György Geiger's chamber ensemble). It was not performed in a concert until 25 January 2008, an event linked with the name of Levente Bakó, which was why Serenade in yellow went to him, which he performed on 3 May the same year with the group on this recording.

The movement is symbolic and Impressionistic, albeit it betrays the composer's penchant (of those days) for novel sonority. "Serenade" is to be understood indirectly, in that it is not evocative of the many-movement cassatio, nor has it a common-musical-idiom regular strophic, song-like form. The intimacy of confession come through the often piano dynamics of the brass music. And the yellow refers to both the colour in Kosztolányi's famous poem and the colour of the glittering brass instruments. The fabric of the music evokes painterly associations; well-defined contours and shading that creates an illusion of depth, light "brushwork" and the up-turning gesture serve to convey the lyrical message of the work.

In the last months of 1981 Máté Hollós (1954) composed Pavane and gaillarde (for 3 trumpets, trombone and tuba), a commission from the city of Barcs. The title refers to the Renaissance pair of dances, and the fine music proved to be a modern-day relative. The enigmatic four-note motif - Mozart's "calling card" from the Jupiter Symphony - is heard several times in Pavane. The "secret" of the cambiata-like formula can be guessed. Hollós was composing this movement when his beloved older brother, János, died, and consequently he dedicated the work to him. (His clarinet trio Dúli-dúli, written in 1979, is based on the cambiata formula and a single crescendo and diminuendo note.) The chords drifting one into the other create an elegiac effect.

The meditative Pavane is by no means par excellence brass music. Galliarde's refraction stems from the gestures beginning with arpeggio major triads in a characteristic rhythm. What follows the short and strong-featured start is unpredictable. The encounters of these short turns of the music in homophonic-rhythm blocks are important form-creating elements. The chosen instruments show up well in the varied fabric of the music. 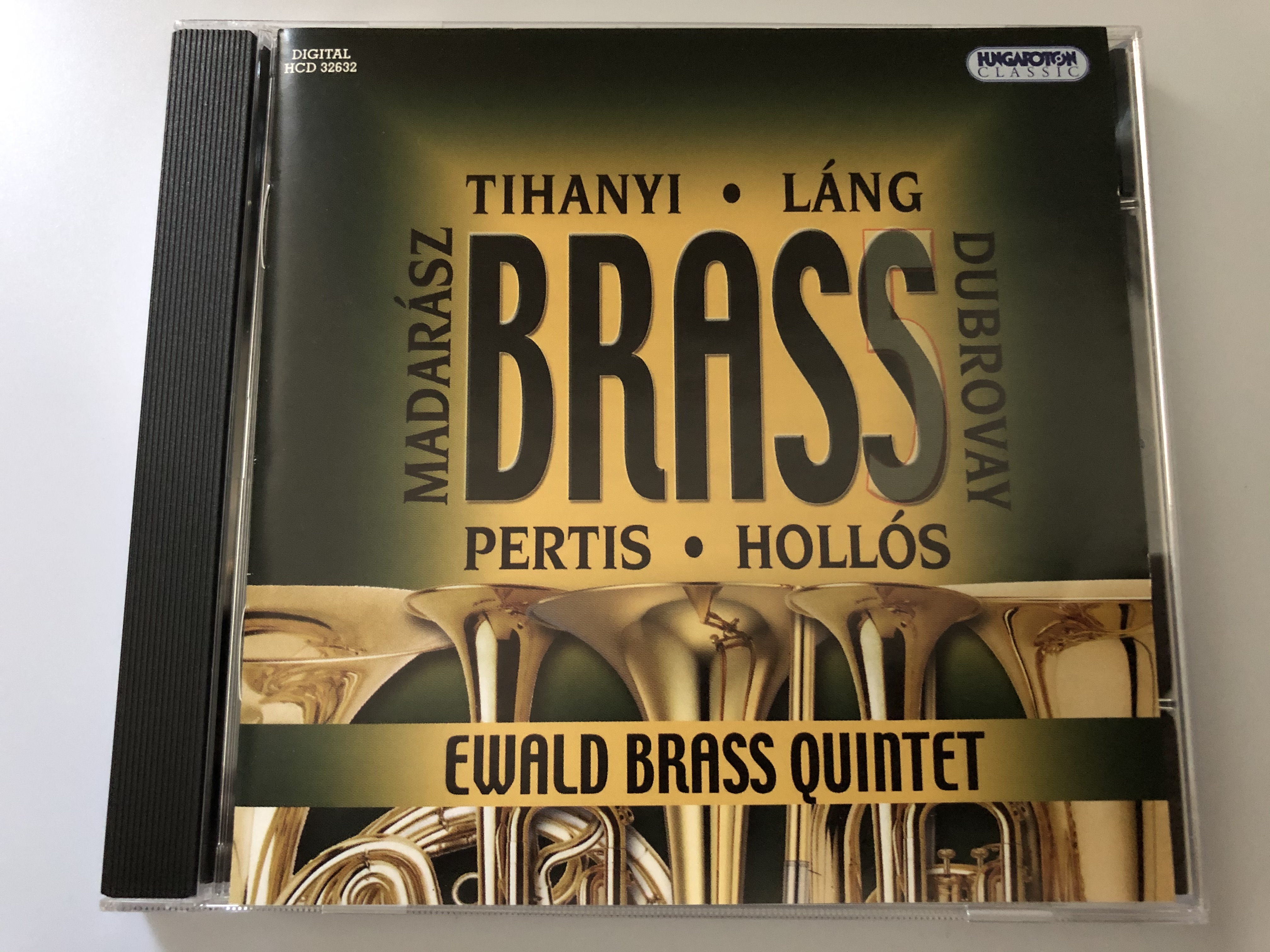 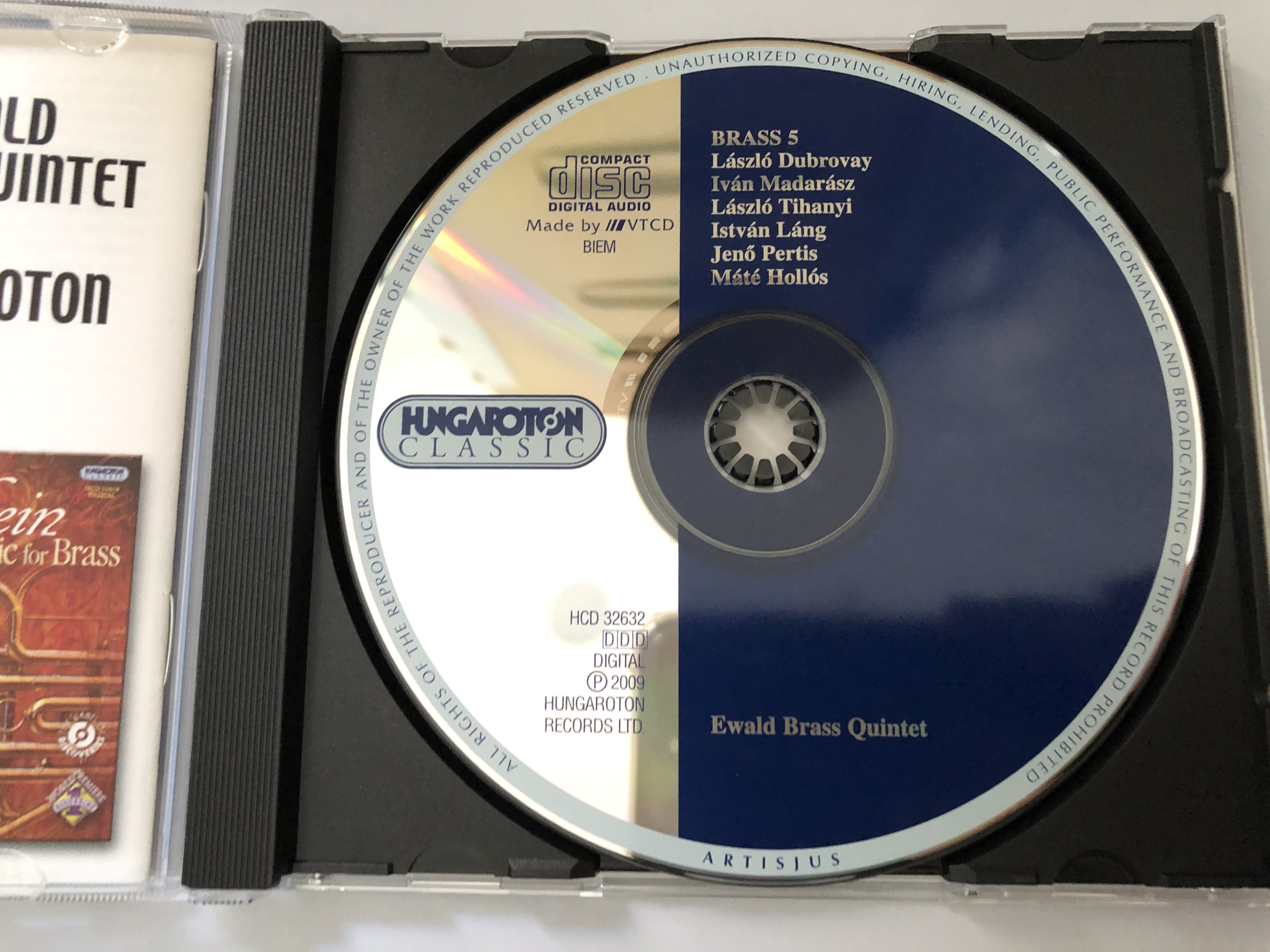 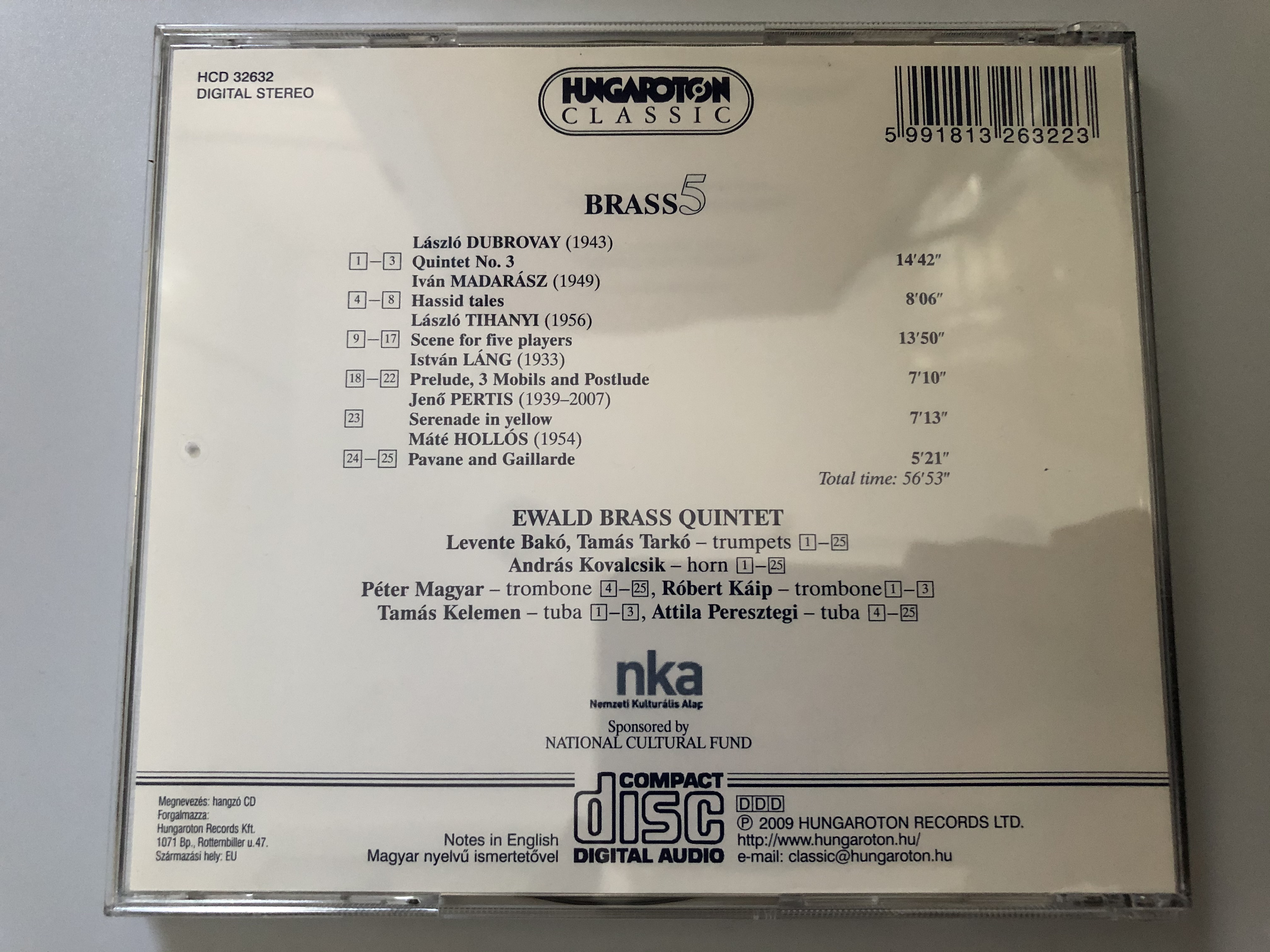