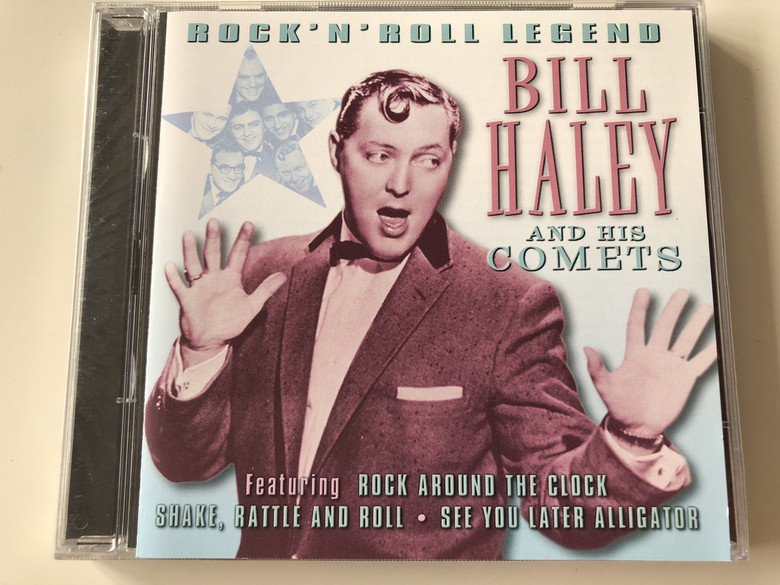 Bill Haley And His Comets ‎– Rock 'N' Roll Legends / Audio CD 2001 / Released in UK / Rock Around The Clock, Rip It Up, Shake, Rattle And Roll, See You Later Alligator...

Released in UK / Rock Around The Clock, Rip It Up, Shake, Rattle And Roll, See You Later Alligator... 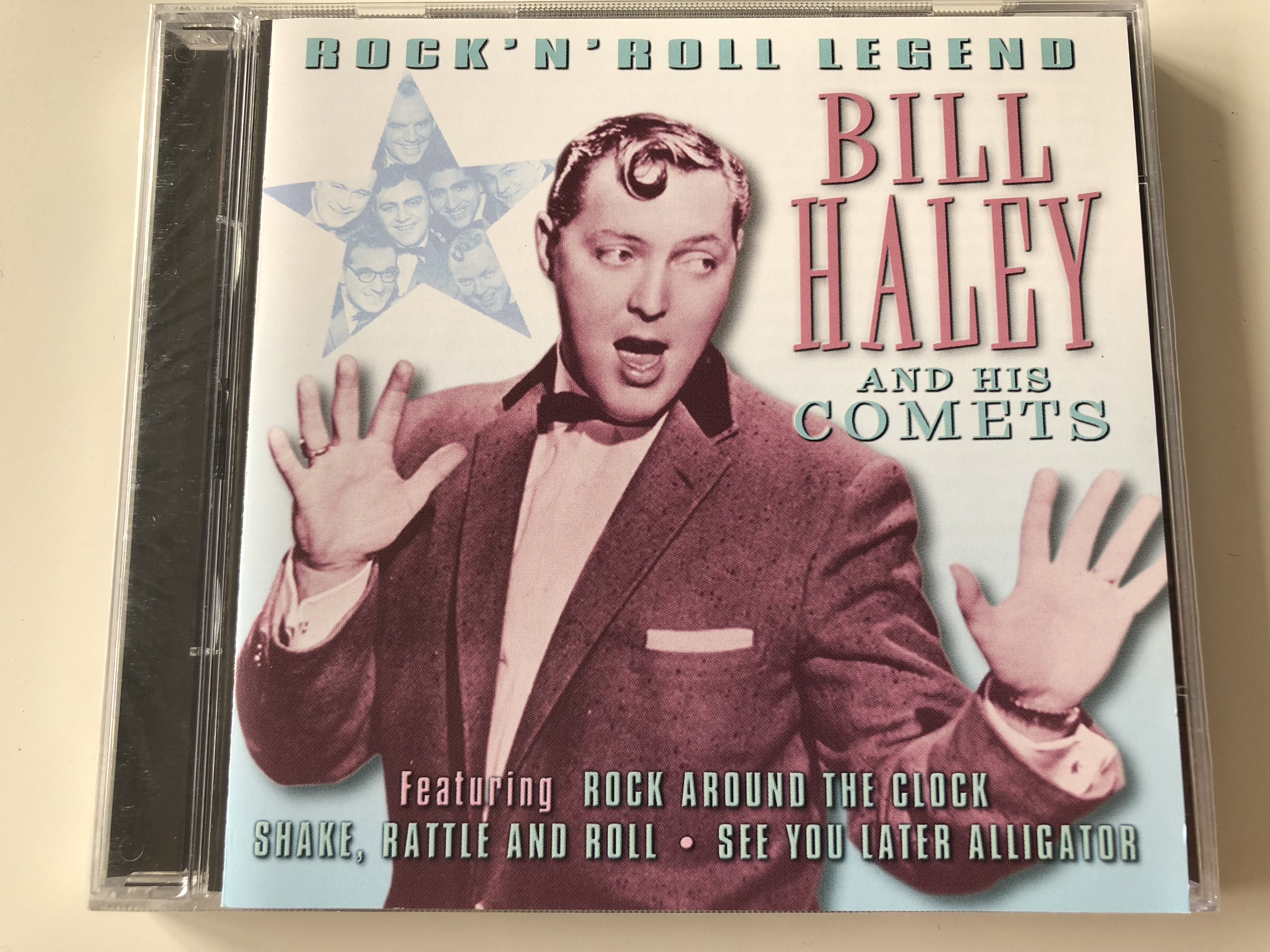 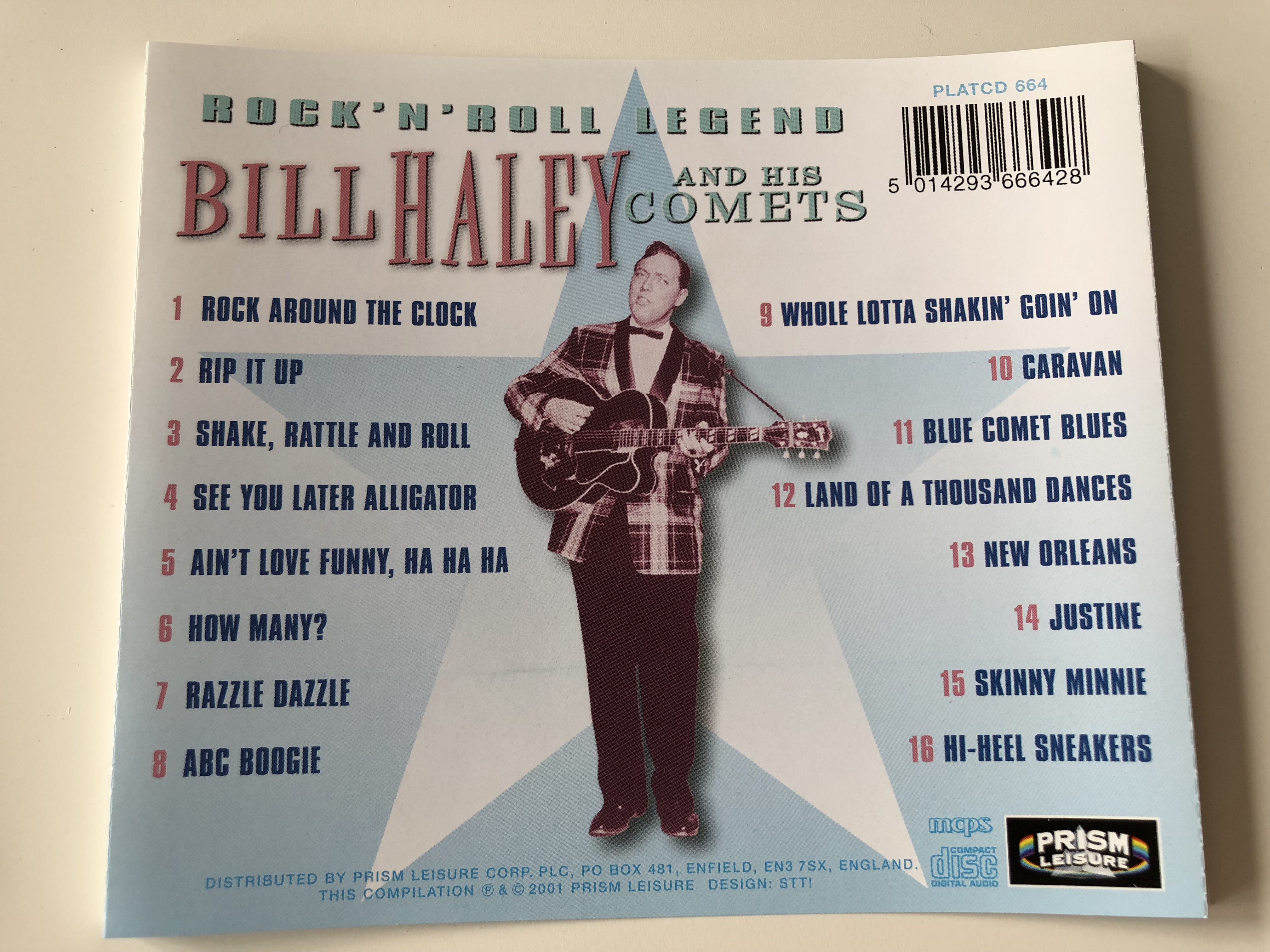 Bill Haley & His Comets were an American rock and roll band, founded in 1952 and continued until Haley's death in 1981. The band was also known as Bill Haley and the Comets and Bill Haley's Comets (and variations thereof). From late 1954 to late 1956, the group placed nine singles in the Top 20, one of those a number one and three more in the Top Ten. The single Rock Around the Clock became the biggest selling rock n roll single in the history of the genre

Bandleader Bill Haley had previously been a country music performer; after recording a country and western-styled version of Jackie Brenston and his Delta Cats "Rocket 88", a rhythm and blues song, he changed musical direction to a new sound which came to be called rock and roll.

Although several members of the Comets became famous, Bill Haley remained the star. With his spit curl and the band's matching plaid dinner jackets and energetic stage behavior, many fans consider them to be as revolutionary in their time as the Beatles were a decade later.

Following Haley's death, no fewer than seven different groups have existed under the Comets name, all claiming (with varying degrees of authority) to be the continuation of Haley's group. As of the end of 2014, four such groups were still performing in the United States and internationally.