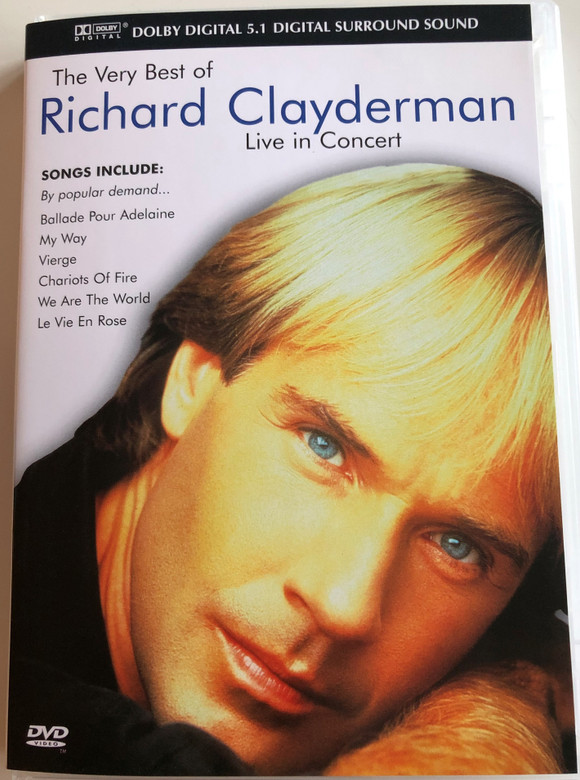 Live in Concert
An evening with Richard Clayderman is a very special event, and this seventy-five minute programme captures the unique brand of magic that the French pianist has made his own. Spectacular concert footage af the Mayflower Theatre, Southampton, England from his 1990 British tour is intercut with location sequences featuring Richard Clayderman in St. Tropez and Paris, as well as an exclusive interview filmed at home. Richard Clayderman is one of the world's most successful performers - find out why in this celebration of his unique talents.