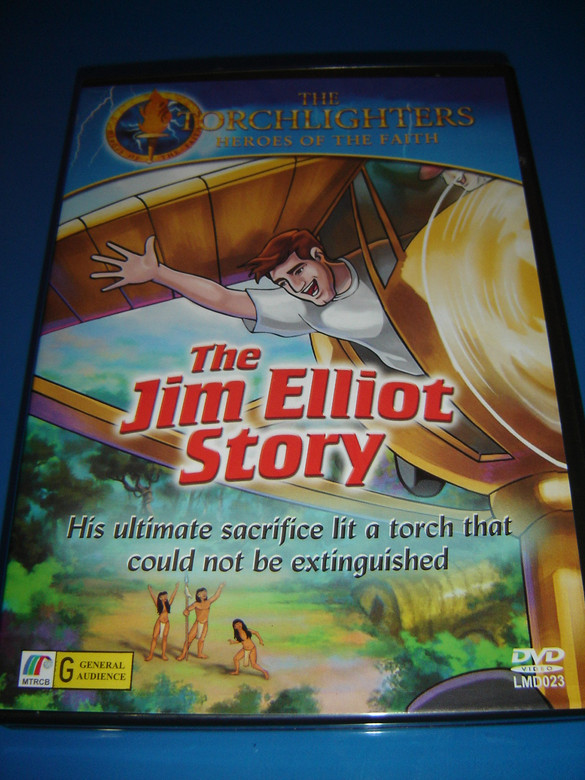 The Torchlighters: The Jim Elliot Story

The Jim Elliot Story / Region FREE DVD / Audio: English, Spanish / Subtitles: English / Christianity in Animation 7279850076012 Geared for children ages 8-12, this stunning, half-hour, action-packed program uses top quality animation to bring to life the story of missionary martyr Jim Elliot. The year was 1956. From the steamy jungles of Ecuador, news spread around the world that five young American men were mercilessly killed by members of the Auca tribe (now known as the Waodani)--a people those young men had gone to serve and befriend. That seemingly senseless tragedy a half century ago has become an inspirational marvel as that same tribe is now friends with the families of those they killed! This is the story of one of those brave torchlighters--Jim Elliot. Jim Elliot spent his youth preparing to share the Gospel with those who'd never heard it. But nothing could have prepared him for the dangers and challenges he'd face in the jungles of Ecuador. The remote Auca tribe was suspicious and antagonistic toward even the most friendly of gestures from outsiders. Would Jim and his fellow missionaries ever be able to break down the hostile barriers and carry a torch of faith to this savage people determined to attack all outsiders?