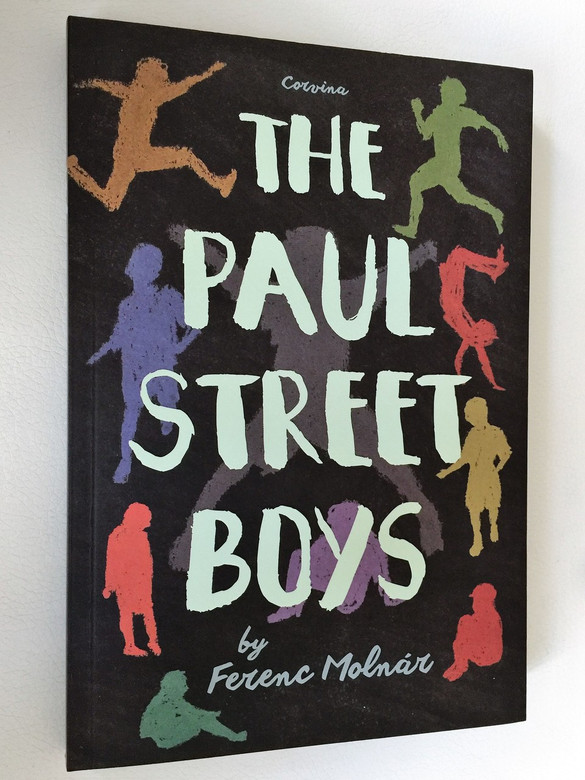 The Paul Street Boys (A Pál utcai fiúk - angol nyelven) / Writer: Ferenc Molnár / Translator - Fordította: Loius Rittenberg
Megjelenés ideje: 2018
ISBN: 9789631364897 / 978-9631364897
208 oldal
Méret: 132 x 197mm Size
Ninth Revised Version
Ferenc Molnár (1878-1952) is perhaps best known in the world for his brilliant drawing room comedies such as The Swan and The Guardsman. But in Hungary it was his novel for young people, The Paul Street Boys (1907), which insured his lasting popularity. Translated into English in 1927 and here updated, the novel about two gangs of boys fighting a war for a piece of land, a derelict building site which to them is a cherished symbol of freedom, is still the same fascinating story it was nearly a century ago.
"At the time Ferenc Molnár wrote The Paul Street Boys, Cooper's Indian war-stories were extremely popular in Hungary and there is the flavour of their morality in this book," writes Mátyás Sárközi, Molnár's grandson, in his Preface to the present edition. "There are examples of good camaraderie, loyalty, idealism, but Molnár always manages to save himself from being just a shade too sentimental. Like Mark Twain he has the wit and the good writer's sense to mix the grotesque with the pathetic."
A true world classic of its kind, The Paul Street Boys, which has been out of print for decades, is a juvenile classic that has lost none of its magic. 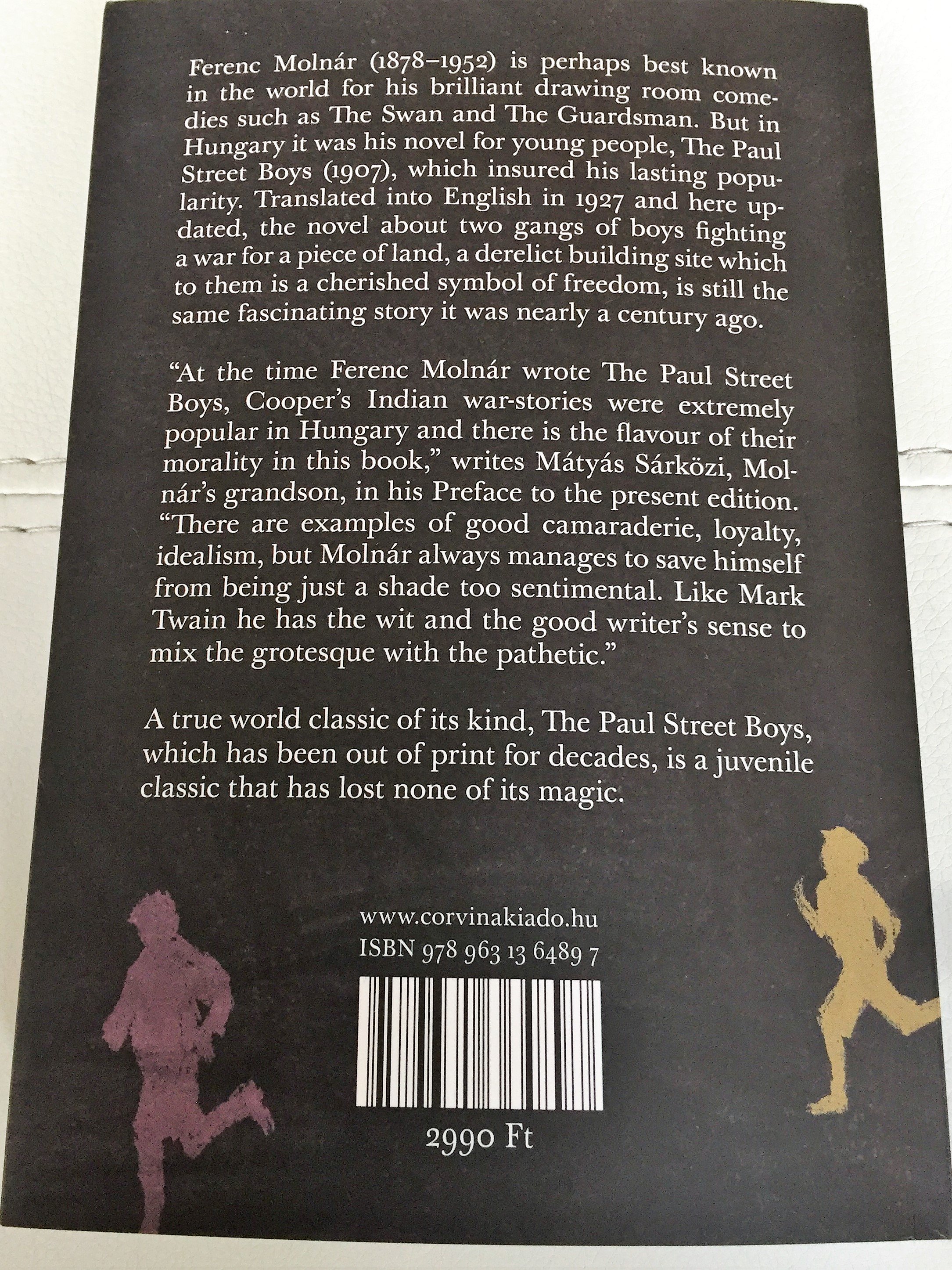 The novel is about schoolboys in Józsefváros neighbourhood of Budapest and set in 1889. The Paul Street Boys spend their free time at the grund, an empty lot that they regard as their "Fatherland". The story has two main protagonists, János Boka (the honourable leader of the Paul Street Boys) and Ernő Nemecsek (the smallest member of the group).

When the "Redshirts"—another gang of boys, led by Feri Áts, who gather at the nearby botanical gardens—attempt to take over the grund, the Paul Street Boys are forced to defend themselves in military fashion.

Although the Paul Street Boys win the war, and little Nemecsek repeatedly demonstrates that his bravery and loyalty surpasses his size, the book ends in tragedy. 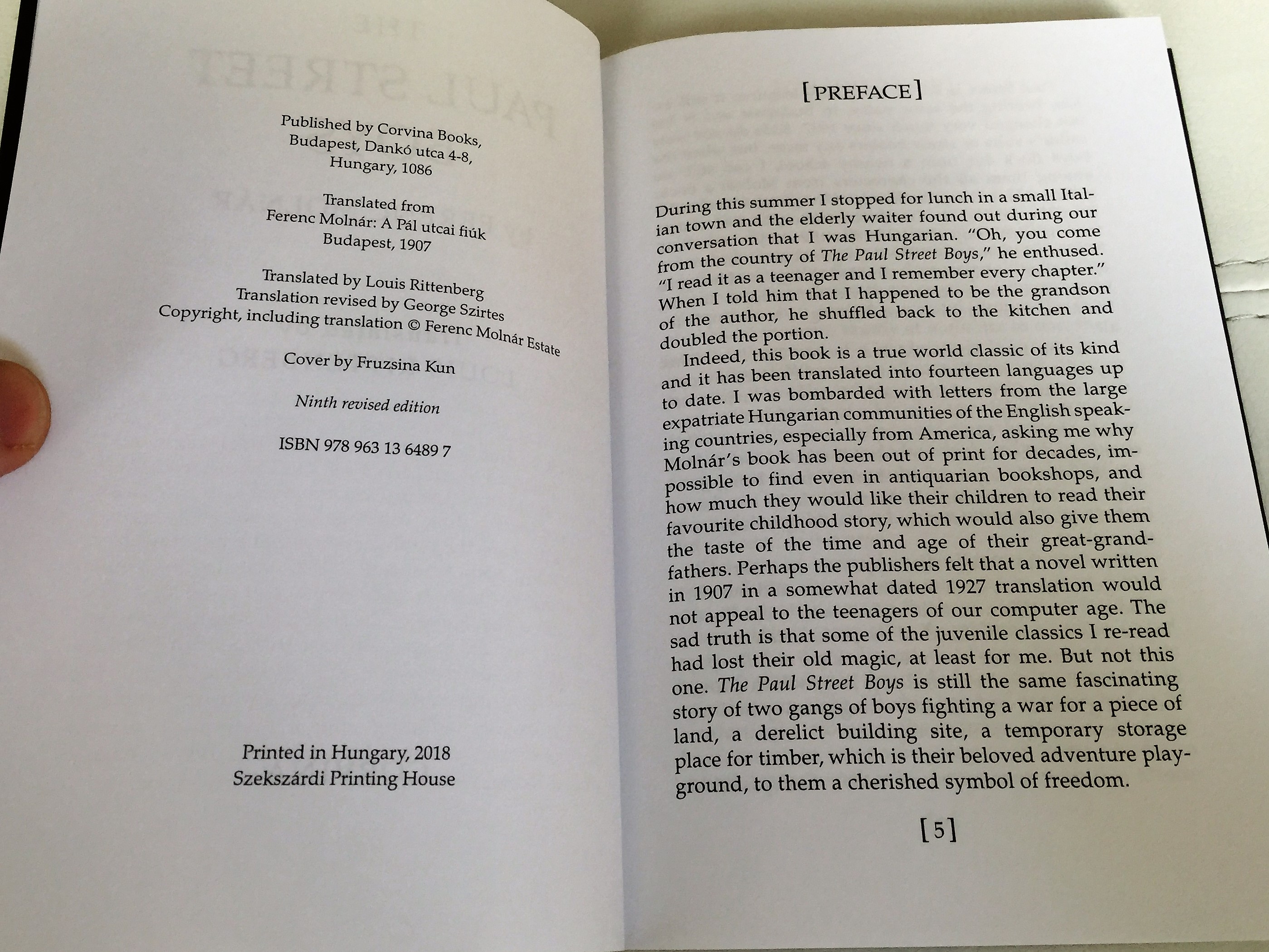