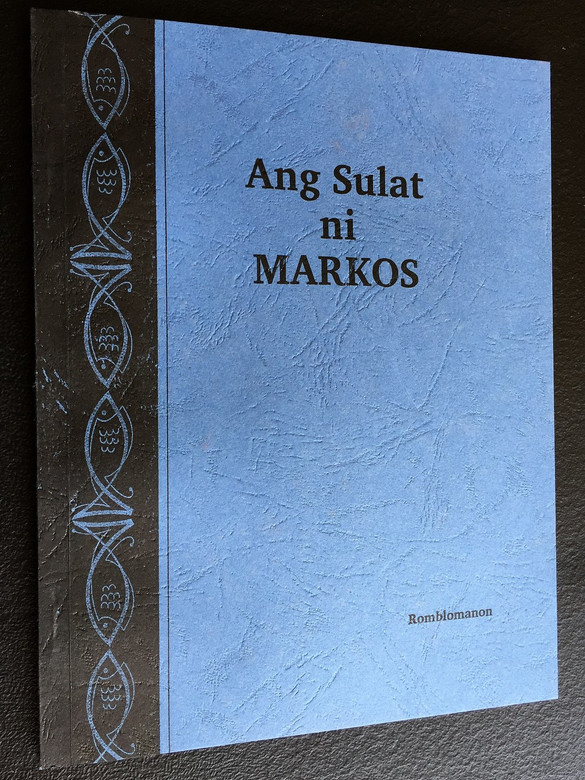 The Gospel of Mark in Romblomanon Language

A Visayan language that is also called Ini, Tiyad Ini, Basi, Niromblon, and Sibuyanon in Philippines 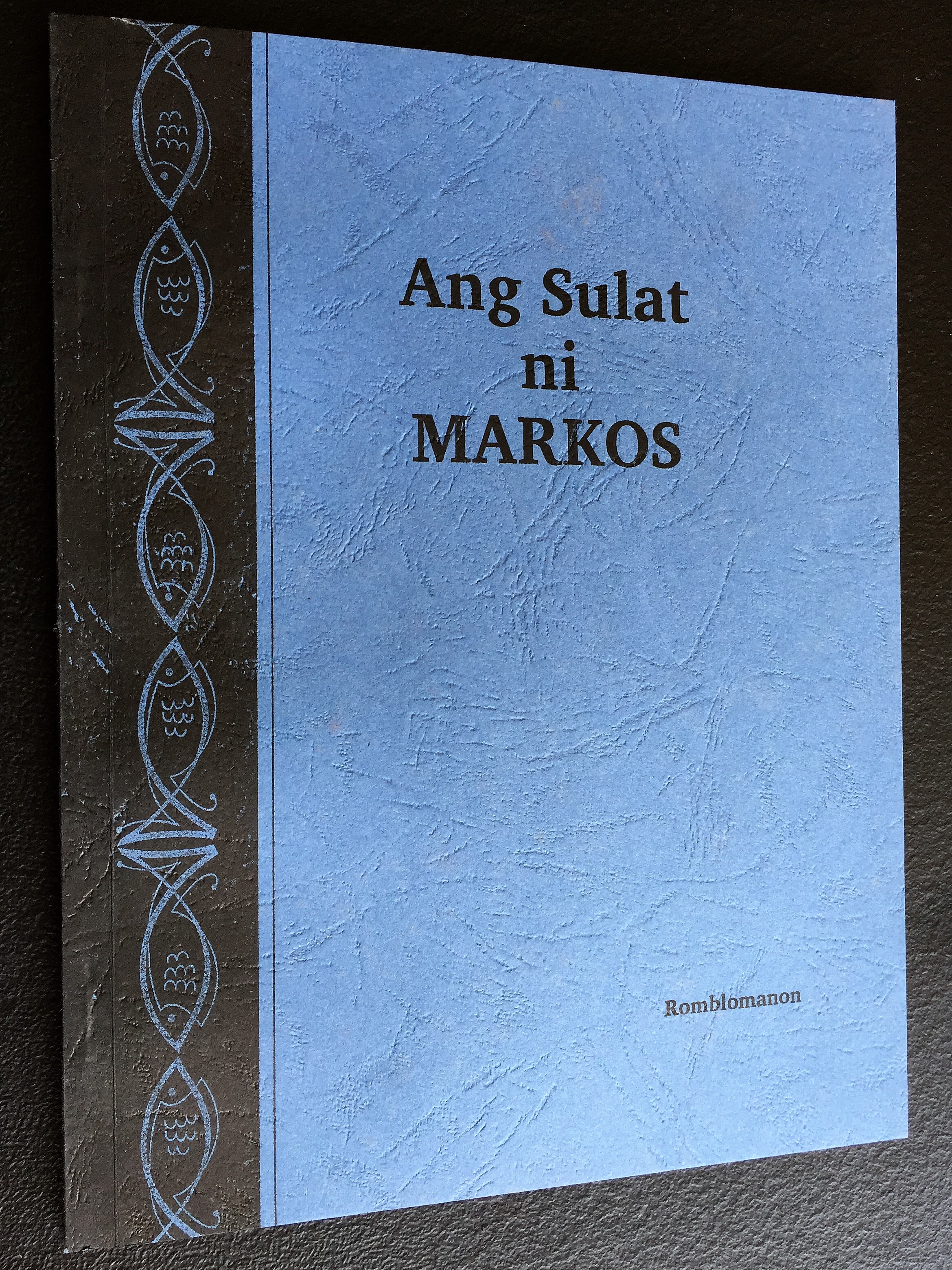 Printed in the Philippines in 2002 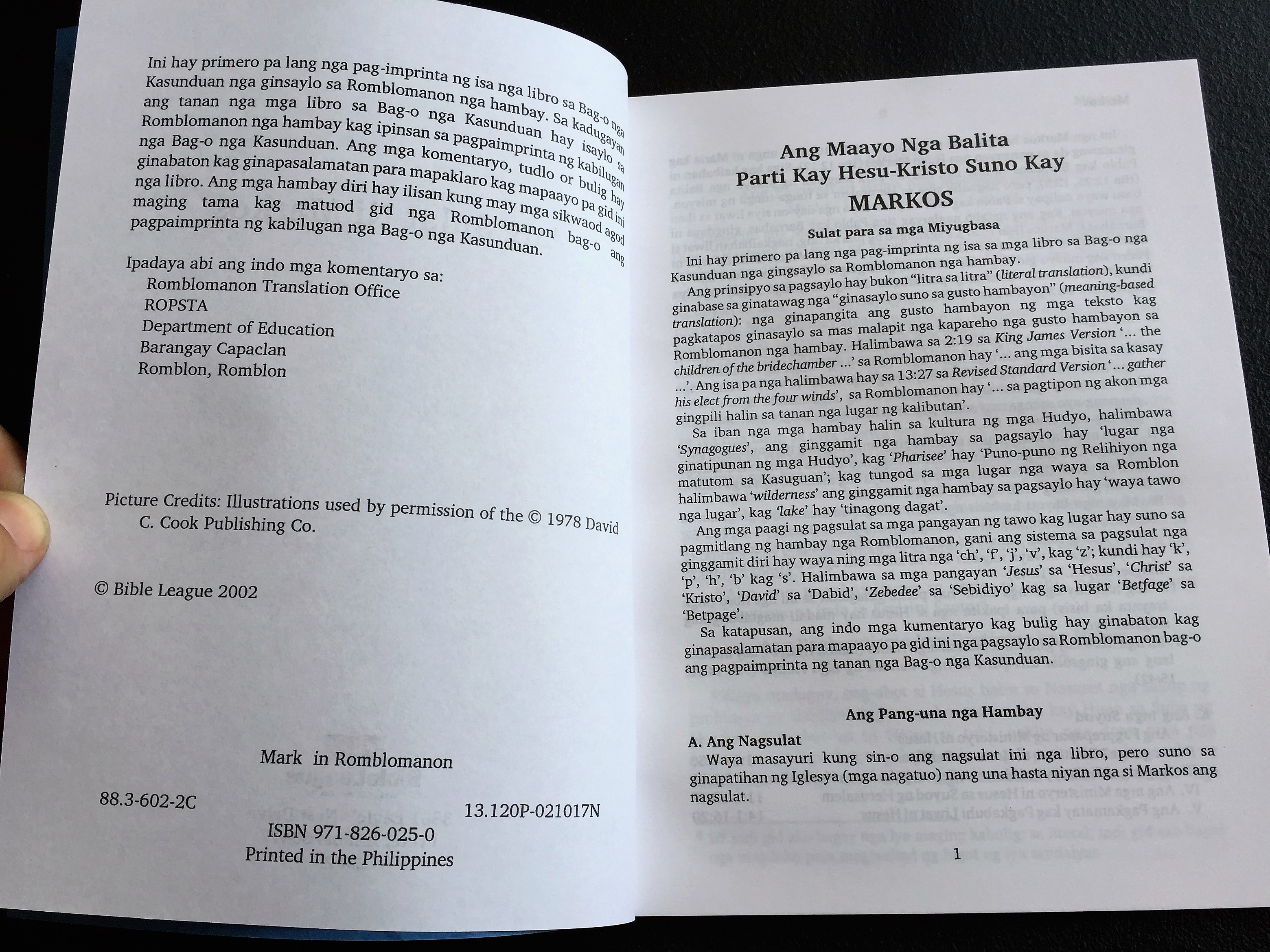 Romblomanon is an Austronesian regional language spoken, along with Asi and Onhan, in the province of Romblon in the Philippines. The language is also called Ini, Tiyad Ini, Basi, Niromblon, and Sibuyanon. It is a part of the Visayan language family and is closely related to other Philippine languages.

Specifically, it is spoken in the following islands on Romblon:

Romblomanon is also considered as a Far Variant of Bisakol due to its proximity with the Islands of Panay & Masbate.

The province of Romblon comprises the islands of Tablas, Sibuyan, Romblon, Banton, Simara, Sibale, Carabao, Alad, Logbon, Cobrador, and a number of scattered islets. It is bounded by Marinduque in the north, Panay in the south, Mindoro in the west, and Masbate in the east.

Loarca mentioned "Lomlon" or "Donblon" in his writings after he visited the place in 1582.The Recollects, in 1635, already founded Christian natives and churches in Banton, Romblon, and Cajidiocan.

Like many regions in the country, Romblon suffered from the frequent devastating raids of the Muslims and the attack of the Dutch in 1646. In order to protect its people from further depredations, the Recollect Fathers built a fort in Romblon in 1650 and another in Banton Island.

The province underwent various political reorganizations in the nineteenth century. In 1818, Romblon was incorporated with the province of Capiz. Then in 1853, the islands were reorganized into a politico-military comandancia administered from Capiz.

In 1896, Romblon was under the rule of "an army officer with the rank of captain". The town of Romblon was its capital and the other municipalities were Azagra, Badajoz (now San Agustin), Banton (named Jones from 1916 to 1929) Cajidiocan, Corcuera, Looc, Magallanes (now Magdiwang), Odiongan, Despujols (now San Andres), and Santa Fe. For sometime, during the second phase of the revolution, the province, as a part of Capiz, was under the control of General Mariano Riego de Dios, head of the Filipino Revolutionary Forces in the Visayas during the Philippine-American War.

Upon the restoration of peace and order in the province, a civil government was established by the Americans on March 16, 1901.

Romblon was created as a regular province in 1901 but due to insufficient income, it became a sub-province of Capiz in 1907 until December 7, 1917, when an act No. 2724 reestablished the former province of Romblon. Under Commonwealth Act No. 581, enacted without executive approval on June 8, 1940, the province was reorganized with four municipalities; namely, Tablas, embracing Odiongan, Looc, Badajoz, Santa Fe, and Despujols; Romblon comprising Simara and Maestro de Campo; and Sibuyan, with the towns of Cajidiocan, Magdiwang and San Fernando.

The Japanese Imperial Forces maintained a garrison in Romblon during the World War II, from 1942 until the Naval Battle of Sibuyan on October 25, 1945.

On October 1, 1946, Commonwealth Act No. 581 abolished the existing municipal governments and the province of Romblon and created instead four special municipalities. A year after, on January 1, 1947, Romblon regained her provincial status through the passage of Republic Act No. 38, which was sponsored by Congressman Modesto Formilleza. The law not only repealed C.A. 581 but also restored the regular provincial government and the municipalities of Romblon, and created the municipality of Santa Fe.

Romblon is more identified with marble than any other province in the Philippines. In fact, all the islands comprising the province have marble. The marble quarries in these islands are the sources of raw marble for the hundreds of marble sculptors and manufacturers. There are, however, historical and tourist landmarks, such as the ruins of Spanish forts, the beautiful beach in Romblon, Romblon, and the magnificent waterfalls in San Andres and Odiongan.