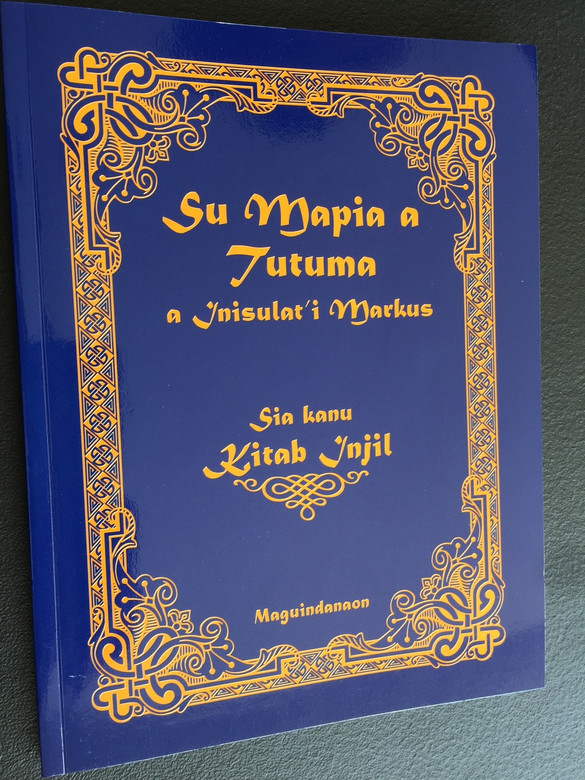 The Gospel of Mark in the Maguindanaon Language

Printed in the Philippines in 2010

Maguindanaon is an Austronesian language spoken by majority of the population of Maguindanao province in the Philippines. It is also spoken by sizable minorities in different parts of Mindanao such as the cities of Zamboanga, Davao, and General Santos, and the provinces of North Cotabato, Sultan Kudarat, South Cotabato, Sarangani, Zamboanga del Sur, Zamboanga Sibugay, as well as Metro Manila. This was the language of the historic Sultanate of Maguindanao, which existed before and during the Spanish colonial period from 1500–1888. 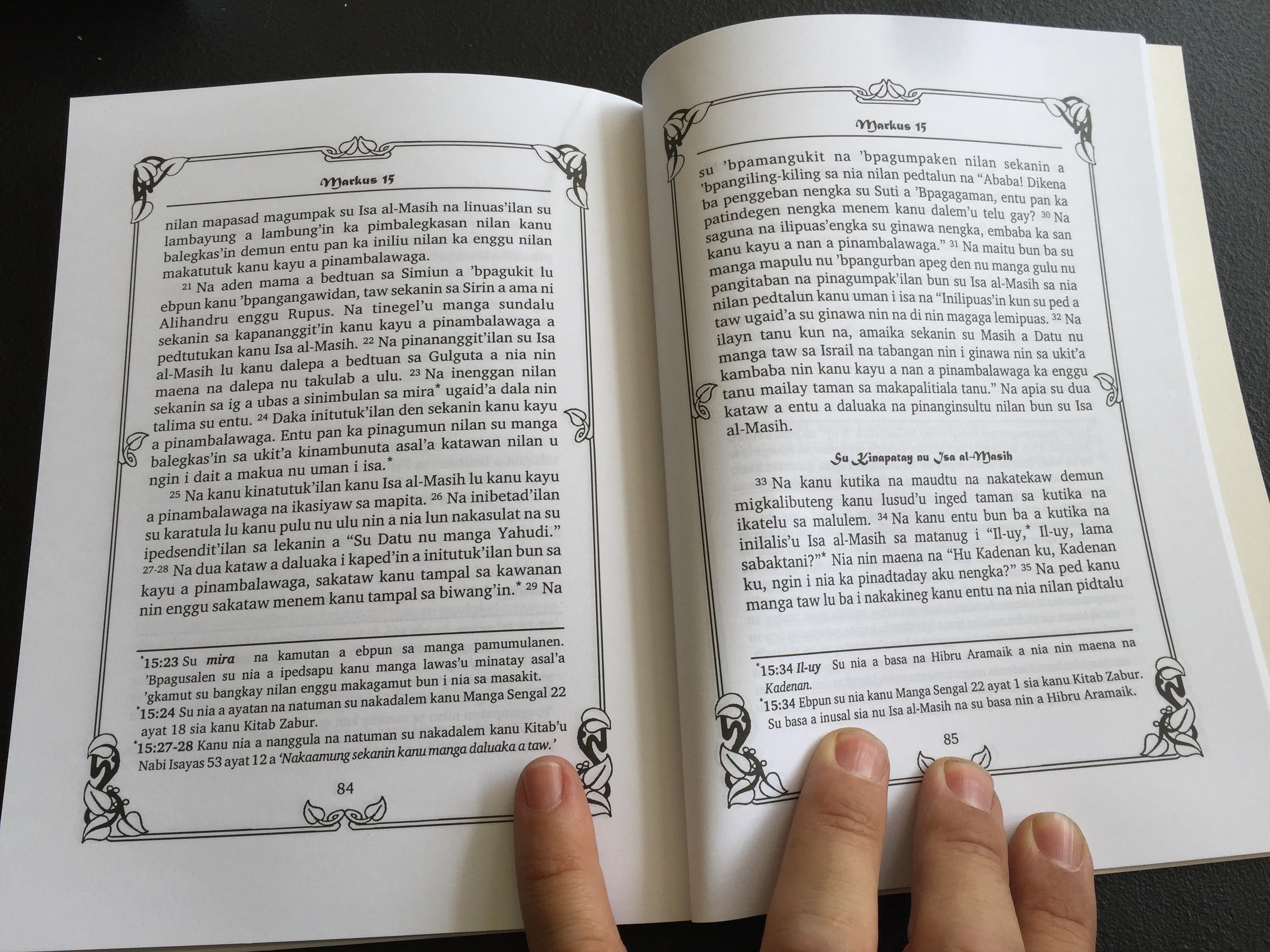