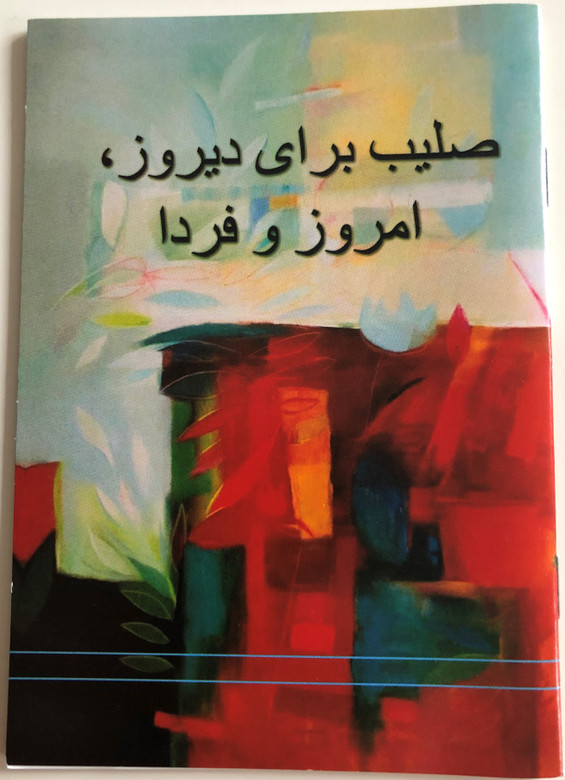 The Cross Yesterday, Today and Forever / Persian (Farsi) language christian book / Three dimensions of the cross, The power of prayer and the word of God, The Crucified Life / Paperback

Persian edition of A Cross Yesterday, Today and Forever by Carl H. Stevens / Farsi language christian booklet / Three dimensions of the cross, The power of prayer and the word of God, The Crucified Life / Paperback

A Cross for Yesterday, Today, and Tomorrow

THE THREE DIMENSIONS OF THE CROSS

THE FLOW OF THE FINISHED WORK

On the Cross, Jesus Christ paid for the sins of the world and made a way for us to be saved. He made us His own through His death on the tree of Calvary. That moment in time marked the pivotal point in the history of the world. There, God established His Tree of Life.  What God did on Calvary takes care of everything about us. Jesus is the same yesterday,
today, and forever, and His Cross takes care of our yesterdays, today, and tomorrows. Through the Finished Work of Calvary, we have been hid with Christ in God. As this booklet will reveal, what we have done is no longer an issue; who we are can be governed by Who He is; and, what we shall become is being fashioned according to His eternal purpose.