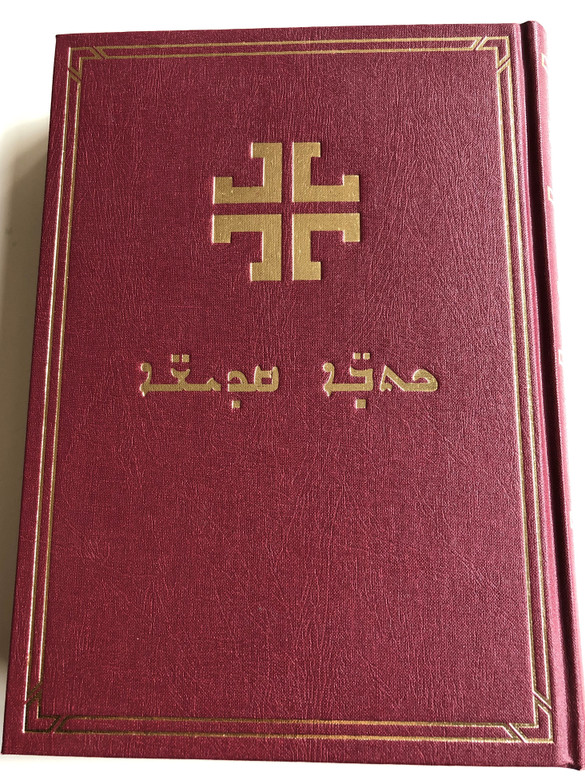 With Footnotes and References and Maps

Published by the Bible Society of Lebanon

The Syriac alphabet is a writing system primarily used to write the Syriac language since the 1st century AD. It is one of the Semitic abjads descending from the Aramaic alphabet through the Palmyrene alphabet, and it shares similarities with the Phoenician, Hebrew, Arabic and the traditional Mongolian scripts.

Syriac is written from right to left in horizontal lines. It is a cursive script where most, but not all, letters connect within a word. Spaces separate individual words.

All 22 letters are consonants, although there are optional diacritic marks to indicate vowels and other features. In addition to the sounds of the language, the letters of the Syriac alphabet can be used to represent numbers in a system similar to Hebrew and Greek numerals.

Besides Syriac, the alphabet has been used to write other languages. When Arabic began to be the dominant spoken language in the Fertile Crescent after the Islamic conquest, texts were often written in Arabic with the Syriac script as knowledge of the Arabic alphabet was not yet widespread. Such writings are usually called Karshuni or Garshuni (ܓܪܫܘܢܝ). Garshuni is often used today in Neo-Aramaic writing, such as letters and fliers. Malayalam was also written with Syriac script and was called Suriyani Malayalam.