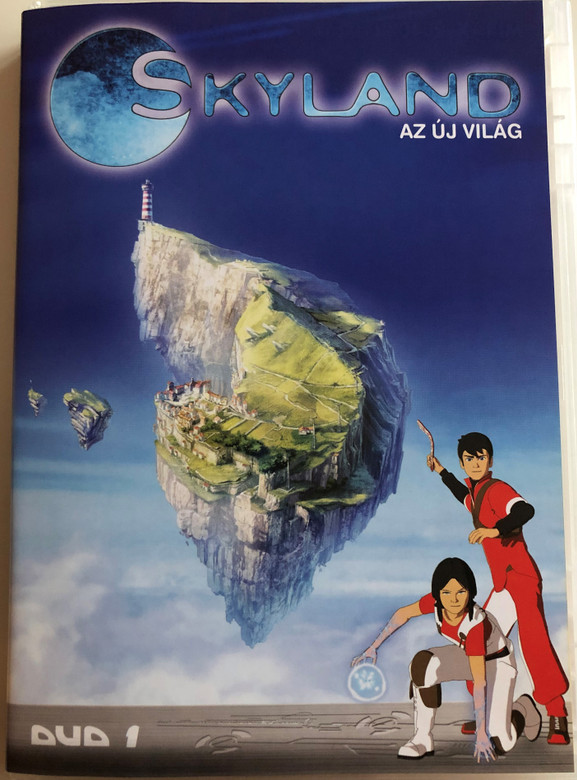 Welcome to Babylonia, home of Lena, Mahad and their mother Mila. A peaceful haven in the tyranny of the Sphere, the family lives happily, but with a secret. Seijins (humans with telekinetic powers) are the most wanted people in Skyland, something Mila knows only too well, as both she and her daughter belong to this select group. The children are unaware of their Mother's secret until an incident at their home exposes both Mila and Lena and they are forced to flee. Knowing the Sphere will hunt them down; Mila sends her children away and stays behind to be captured by the Sphere. Lena and Mahad are sent away in a stolen enemy ship when suddenly they find themselves confronted by the Pirates. The children are taken in by the band of pirates and learn even more of their parents past. They are escorted to their father's last known secret headquarters only to find his famous Hyperion ship—seemingly waiting for Mahad to inherit. Unfortunately, they are intercepted by the evil Diwan, minion to Sphere leader Oslo and they are forced to battle their way out. They rejoin the pirates who invite the children to live in Puerto Angel where they will continue the fight to find their mother and defeat the evil Sphere. And so, the adventure begins.

An old friend of the Vector's sends news to Puerto Angel — he may have a lead on Lena and Mahad's mother. They travel to Ningxia, a Chinese block, where they find a Sphere invasion in progress and are captured. In jail, they are introduced to the Vector's friend, Master Hailong Zalo, also a powerful Seijin. In a daring escape, Zalo psychically bonds with Lena to give her a telepathic message from her mother, in turn giving her enough power to defeat the invasion and escape with Mahad.

Puerto Angel suffers through a severe drought that ends up dangerously dehydrating Lena. The pirates investigate a remote block of ice that the Vector believes will supply them with much needed water. Upon arriving, they find that the Sphere has struck first, the pirates board the deserted drilling station in hopes of finding some water the Sphere may have left behind. There, they battle the Mogura, a huge spider-like robot that has turned from a simple tool into a deadly threat to any human that confronts it. Thankfully, the pirates (including a weak Lena) manage to fight the creature off, collect the vast water supply left behind and save the people of Puerto Angel.

The pirates of Puerto Angel rescue a mysterious stranger named Sansken who is looking to contact the pirates with important information about Kharzem Prison (where Mahad and Lena's mother Mila is being held). The kids follow him to the Raging Archipelago — formerly the city of Paris, hidden in a large atmospheric storm. It is there that they find themselves in a double-cross when it is revealed that Sansken lured them there to hand them over to the Sphere. After a huge battle with Diwan and Oslo, the children are rescued by Sansken who explains that he was blackmailed by the Sphere in order to save his own children.