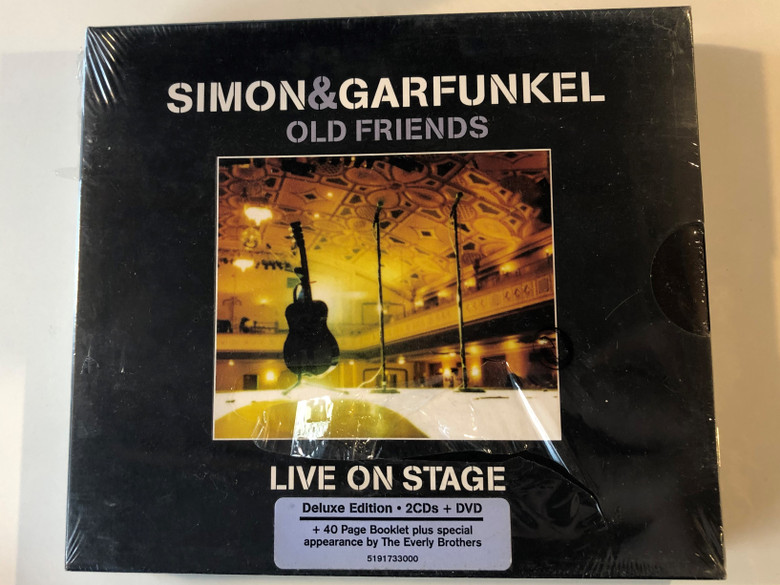 Label: Columbia ‎– 5191733000
Format: 2 × CD, Album, Deluxe Edition + DVD, DVD-Video
Released: 2004
Genre: Pop, Folk, World, & Country
Editorial Review:
One may never be able to go home again, but that hasn't kept Paul Simon and Art Garfunkel from trying every other decade or so. This two-CD plus DVD live set (recorded in December 2003 at the Meadowlands and Madison Square Garden) shows their musical chemistry has transcended the years--and no small amount of acrimony. But while their '80s live reunion was marked by an aura of celebration, this one floats on an undercurrent of bittersweet resolve. There's no mistaking the elegiac tone of the title track, while stark readings of "Hazy Shade of Winter" and "Sounds of Silence" can't help but evoke the scars of 9/11. A musical circle is completed as the Everly Brothers step in for a joyous "Bye Bye Love," while elsewhere Simon's musical restlessness inspires a subtly jazzy reworking of "Slip Slidin' Away" and Garfunkel adds his stately grace to his partner's "American Tune." The album concludes with S&G's first new studio recording in 30 years, the plaintive, irony-studded plea, "Citizen of the Planet." --Jerry McCulley

Simon & Garfunkel were an American folk-rock duo consisting of singer-songwriter Paul Simon and singer Art Garfunkel. One of the best-selling music groups of the 1960s, their biggest hits—including "The Sound of Silence" (1965), "Mrs. Robinson" (1968), "The Boxer" (1969), and "Bridge over Troubled Water" (1970)—reached number one on singles charts worldwide.

Simon and Garfunkel met in elementary school in Queens, New York, in 1953, where they learned to harmonize together and began writing material. By 1957, under the name Tom & Jerry, the teenagers had their first minor success with "Hey Schoolgirl", a song imitating their idols the Everly Brothers. In 1963, aware of a growing public interest in folk music, they regrouped and were signed to Columbia Records as Simon & Garfunkel. Their debut, Wednesday Morning, 3 A.M., sold poorly, and they once again disbanded; Simon returned to a solo career, this time in England. In June 1965, a new version of "The Sound of Silence" overdubbed with electric guitar and drums became a major U.S. AM radio hit, reaching number one on the Billboard Hot 100. The duo reunited to release a second studio album, Sounds of Silence, and tour colleges nationwide. On their third release, Parsley, Sage, Rosemary and Thyme (1966), the duo assumed more creative control. Their music was featured in the 1967 film The Graduate, giving them further exposure. Their next album Bookends (1968) topped the Billboard 200 chart and included the number-one single "Mrs. Robinson" from the film.

The duo's often rocky relationship led to artistic disagreements and their breakup in 1970. Their final studio album, Bridge over Troubled Water, was released that year and became their most successful, becoming one of the world's best-selling albums. After their breakup, Simon released a number of acclaimed albums, including 1986's Graceland. Garfunkel released solo hits such as "All I Know" and briefly pursued an acting career, with leading roles in two Mike Nichols films, Catch-22 and Carnal Knowledge, and in Nicolas Roeg's 1980 Bad Timing. The duo have reunited several times, most famously in 1981 for "The Concert in Central Park", which attracted more than 500,000 people, one of the largest concert attendances in history.

Simon & Garfunkel won 10 Grammy Awards and were inducted into the Rock and Roll Hall of Fame in 1990. Bridge over Troubled Water is ranked at number 51 on Rolling Stone's 500 Greatest Albums of All Time. Richie Unterberger described them as "the most successful folk-rock duo of the 1960s" and one of the most popular artists from the decade. They are among the best-selling music artists, having sold more than 100 million records. 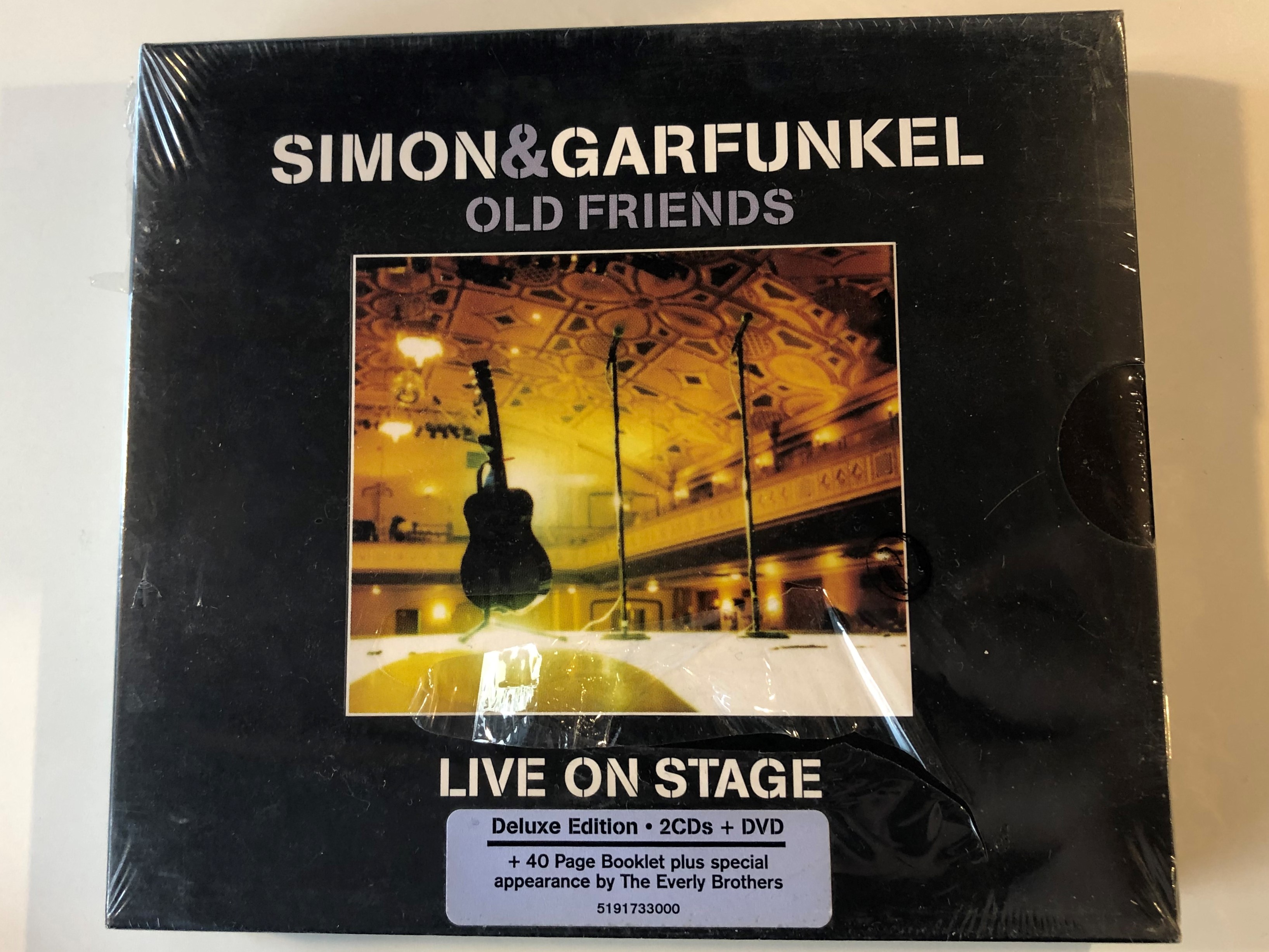 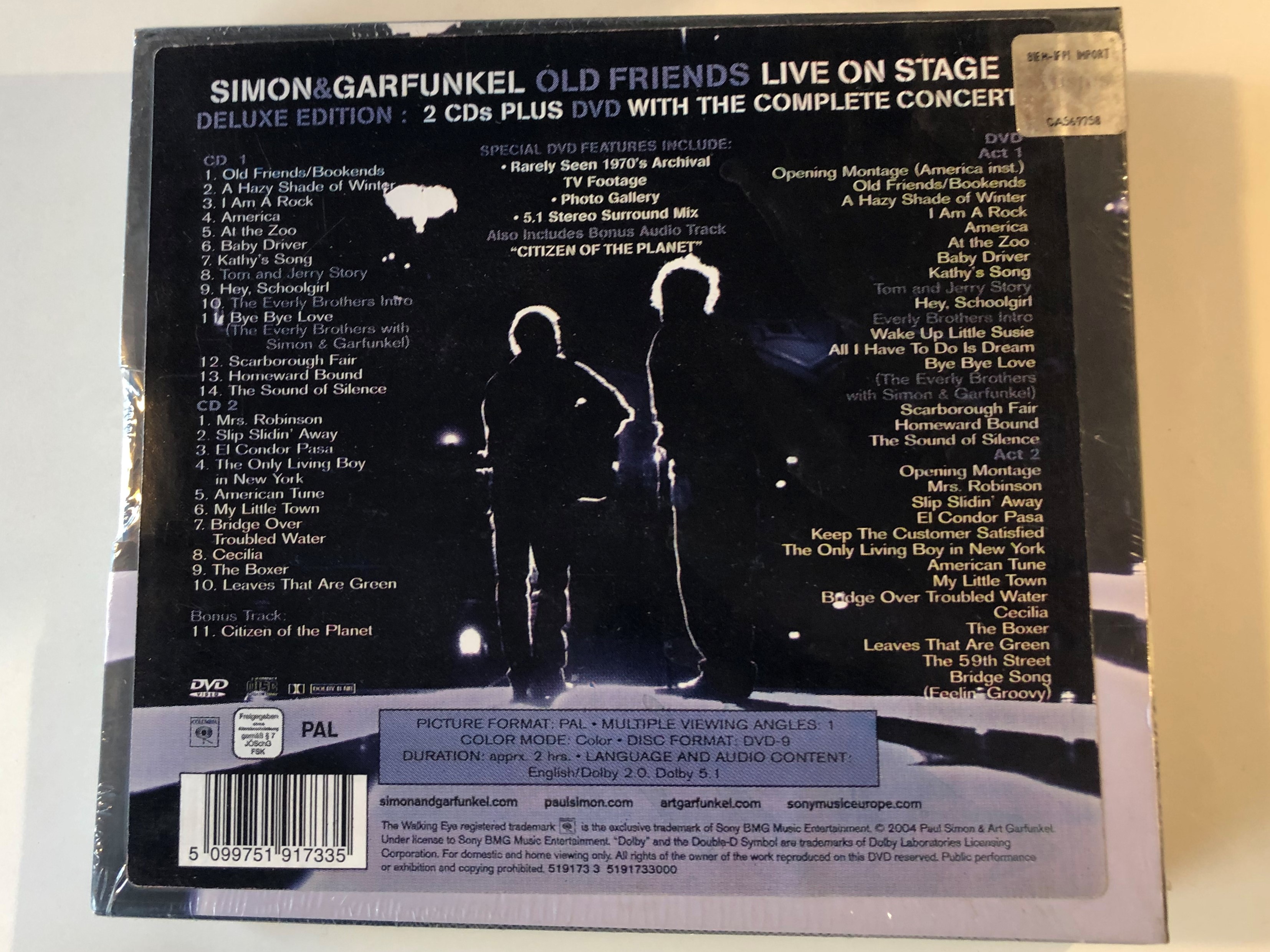