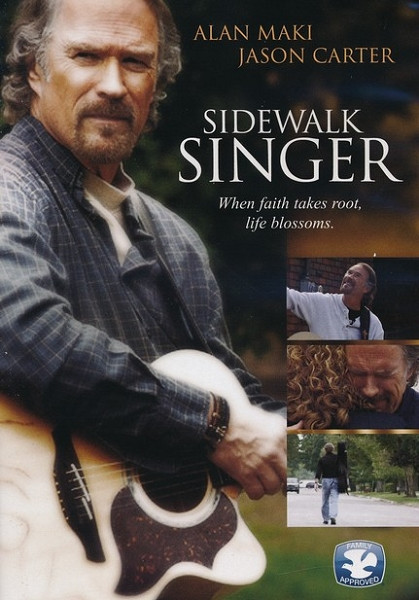 From the writer of two nationally published novels, A Choice to Cherish and Written on Her Heart, comes an inspirational, church-produced drama about Kris Kivi, an everyday man who has lost his family to a tragic accident and his job to the recession. Forced to play his guitar on the streets for donations, Kris must overcome harassment from a small town gang as well as prejudice from members of a local church. Written by novelist and pastor Alan Maki and directed by New York International Film Festival winner Jeff Thomas, Sidewalk Singer is an uplifting slice-of-life film about overcoming hardship through the strength of faith. Featuring performances by Jason Carter (Babylon 5) and Joshua Haze (Days of Our Lives) and original songs by Maki and Kent Marcum.