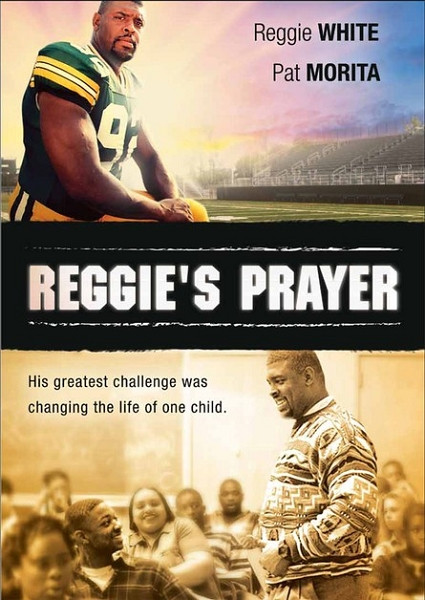 Reggie White stars as a football superstar turned high school history teacher who coaches at-risk kids in the inner city. Having recently retired at the height of his career, Reggie Knox is shaken when a young child is killed in a convenience store robbery. Not long after taking a job teaching and coaching troubled teens, Reggie discovers that neighborhood gangster, Mr. Portola (pro wrestler "The Big Show"), has been using the students in his local crime ring. When a young football player is kidnapped, it's up to Reggie to get him back safely. A wild chase pits Reggie against Portola, while the life of a 16-year-old boys hangs in the balance between good and evil. Reggie's strong Christian faith is a powerful testament in this inspirational family film. Taking a lesson from Jesus' "Parable of the Lost Sheep," Reggie's Prayer shows that one child's salvation supersedes any material possession, including a Super Bowl ring. The cast includes cameos by Brett Favre and M.C. Hammer.