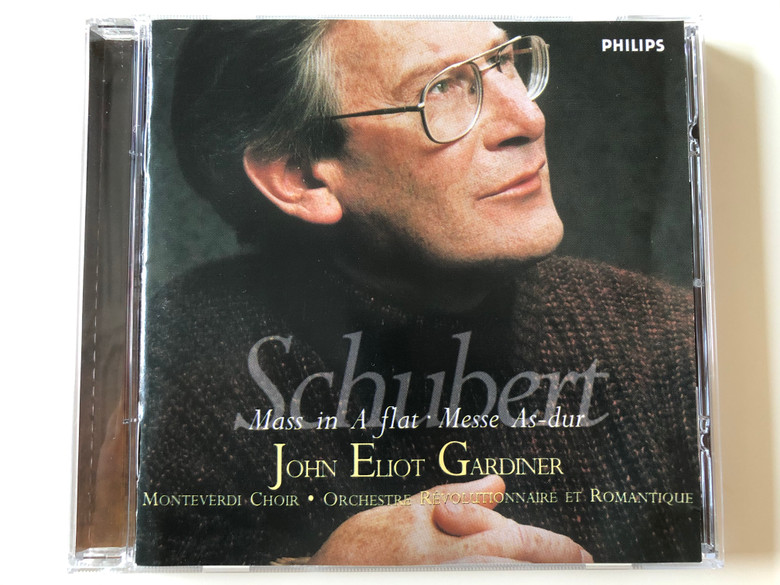 Label: Philips ‎– 456 578-2
Format: CD, Album
Country: Germany
Released: 1999
Genre: Classical
Style: Romantic
Total Playing Time: 73:28
Reviews:
This record illustrates that during his tragically short life, Schubert's style and technique changed and developed dramatically. The Stabat Mater, composed when he was 18, is incredibly beautiful: mournful, deeply expressive, a spontaneous outpouring of lyrical inspiration. The Hymnus and the Psalm, written during his last year, certainly belong among his late masterpieces. Melding devout lyricism with almost operatic drama, Schubert, as he does so often, turns literary dross into musical gold. The Psalm was written for a famous cantor in Vienna and pays homage to his baritone with splendid solos. The Mass dates from Schubert's 20s; it must have been important to him, for he set several movements twice. (Gardiner adds the first version of one at the very end.) The music is somewhat uneven; sections that betray a struggle for technical mastery alternate with magical pages of intimate, devout pleading, ominous drama, and radiant triumph. The opening is simply heavenly: lyrical, serene, and touchingly innocent. The performance is excellent, but the instruments seem overly subdued (in the name of authenticity?) and the dynamic contrasts are extreme. --Edith Eisler 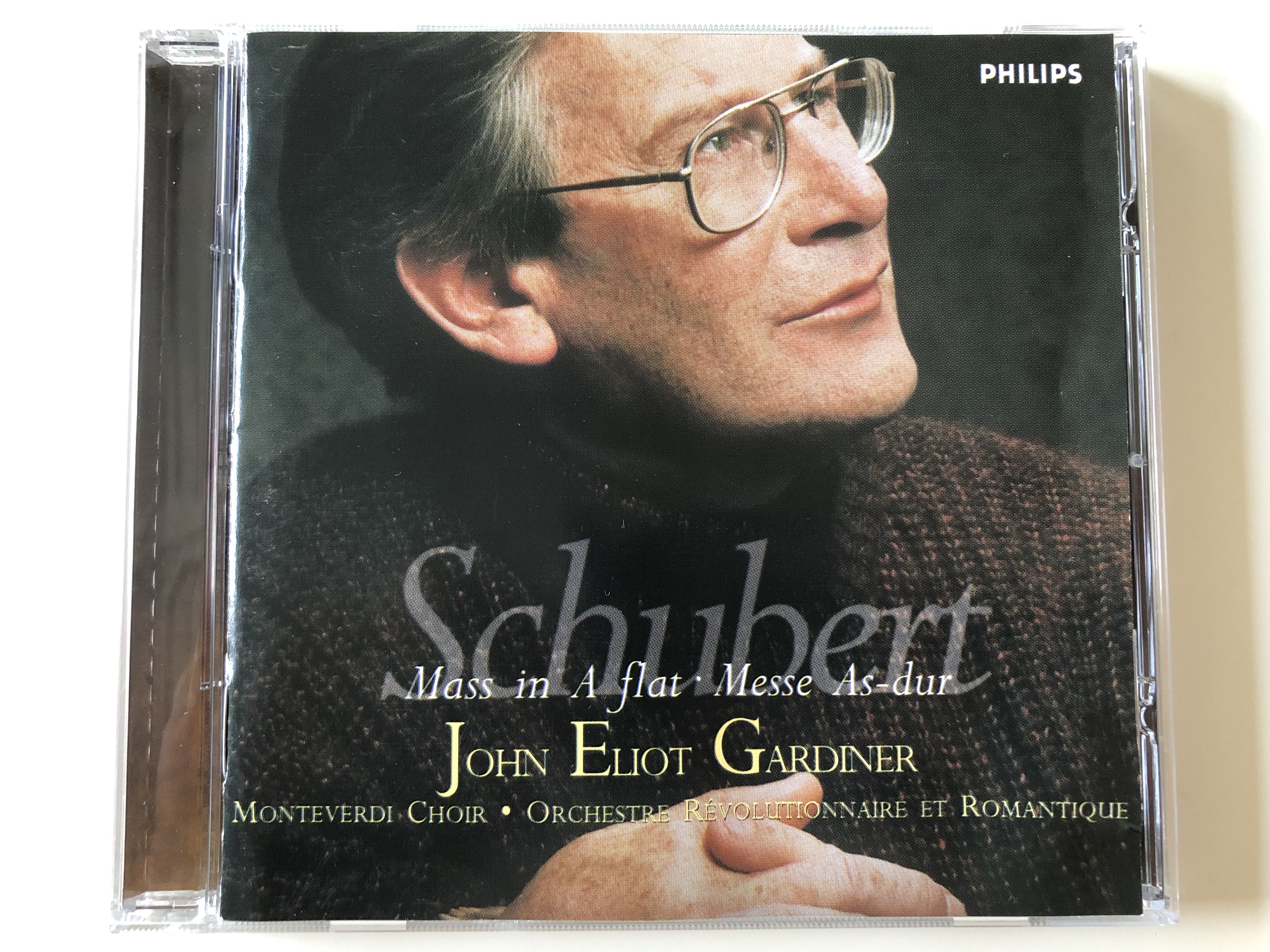 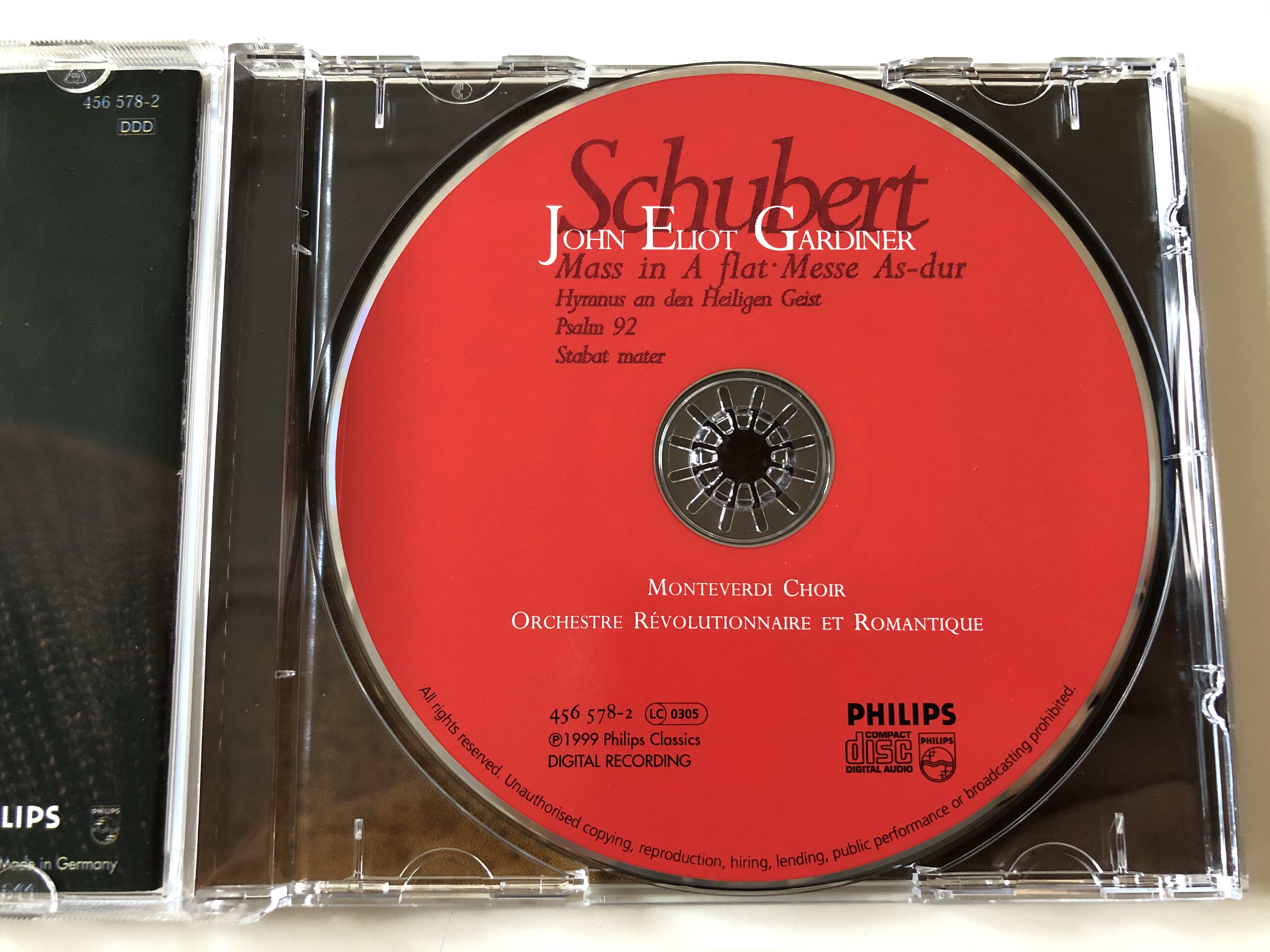 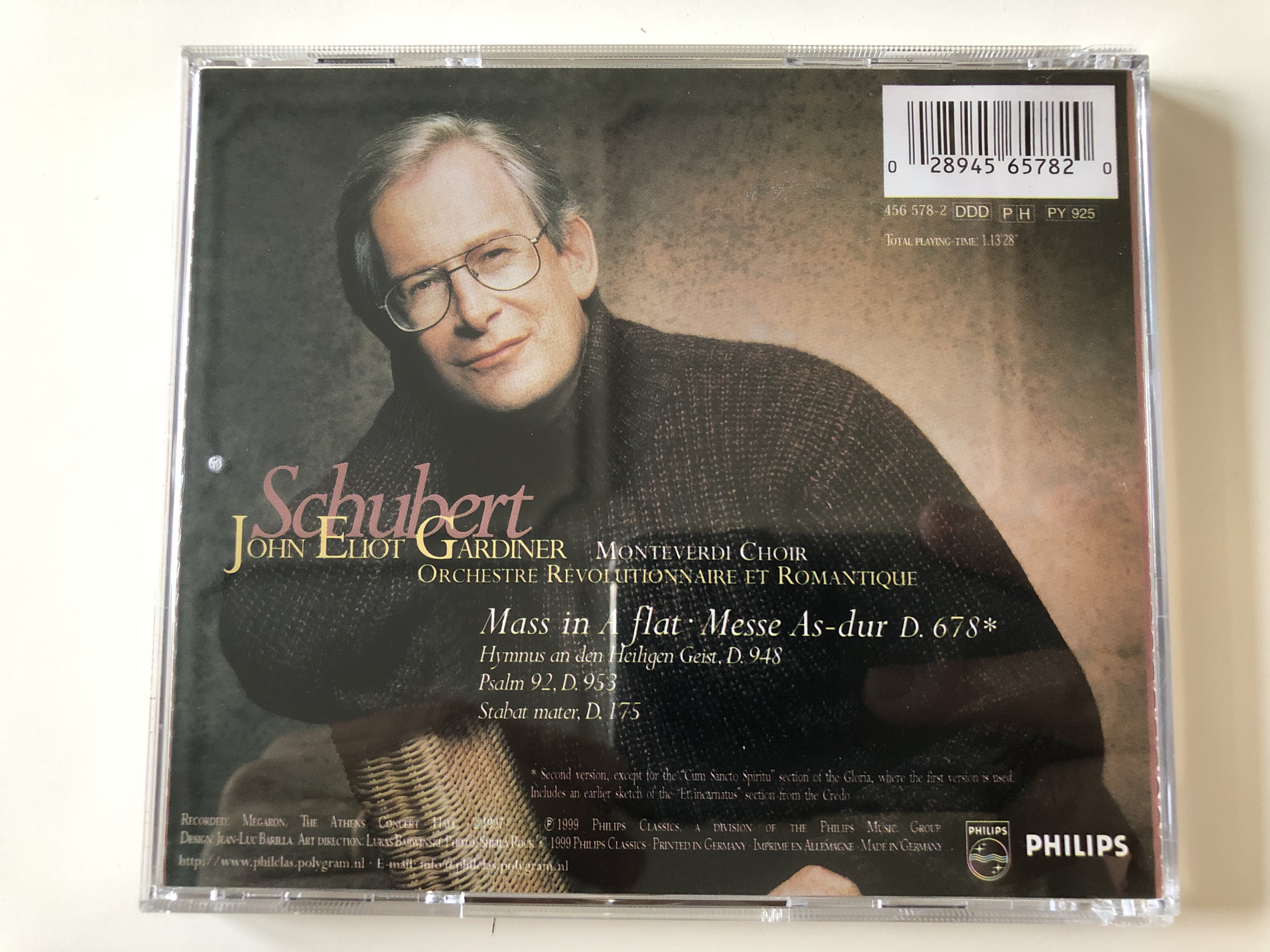