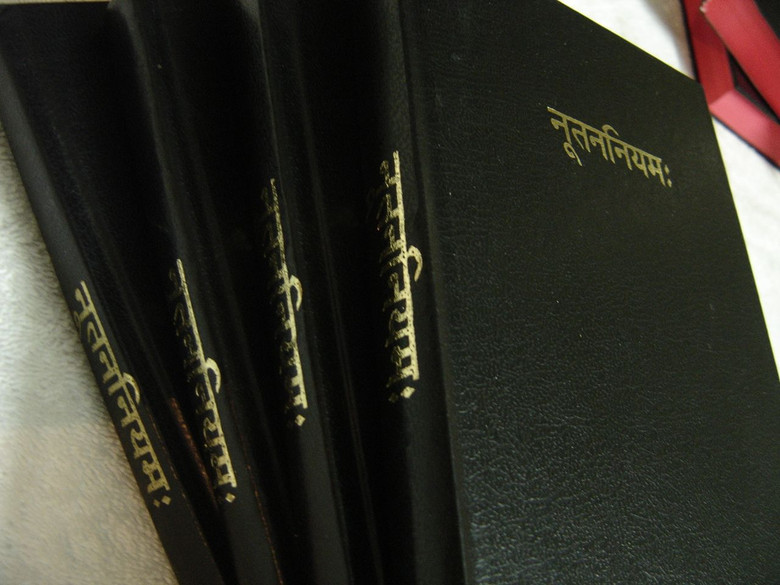 New Testament in Sanskrit language is among the first wave of Bible translations into Indian languages.

Translation work of Bible in Sanskrit language was undertaken by Mr.William Carey soon after his arrival in India as a missionary. He had the conviction that a Sanskrit Bible would be an ideal medium to communicate with the intellectual mass of India. He also believed that Sanskrit Bible would serve as a basis for translating Bible into other Indian vernacular languages. He was greatly helped by the Indian Sanskrit scholars in this endeavour. The texts were translated into Sanskrit from the Greek and Hebrew texts in which Bible was originally written. In 1808, the New Testament in Sanskrit was published and in 1818 the Old Testament in Sanskrit got published as four volumes. These books were published by The Calcutta Baptist Missionaries, Bengal.

With an objective to review the Sanskrit Bible and make it a freely available online Bible, a wiki project by the name SanskritBible.in is live.