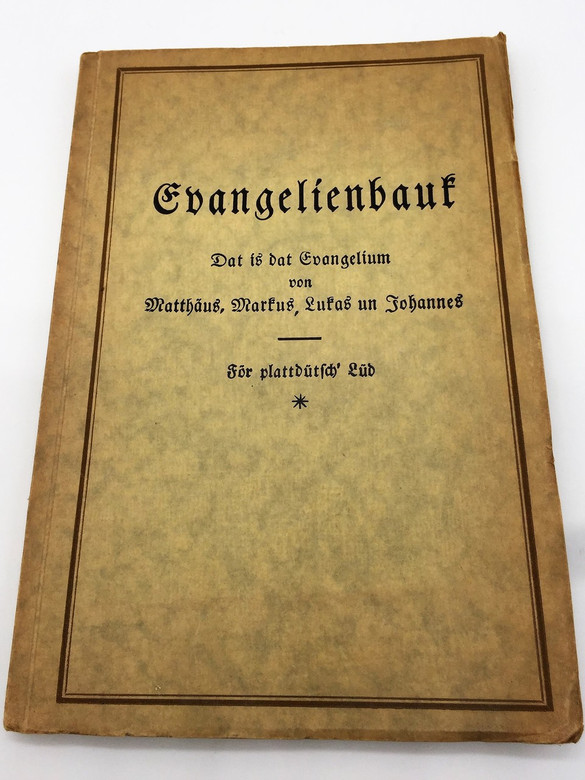 Printed in Berlin, Germany in 1928

Plautdietsch speakers today are mostly the descendants of Mennonites who fled from what is today the Netherlands and Belgium in the 16th century to escape persecution and resettled in the Vistula delta. They took with them their Dutch, West Frisian and Dutch Low Saxon dialects, which over time they mixed with East Low German dialects, the so-called Weichselplatt, of the region. As Mennonites they kept their own (primarily Dutch and Low-German) identity, using Standard Dutch well into the 18th century. At the time of their migration to the Russian Empire, their spoken language resembled the dialects of the region with only some few Dutch elements. Their East Low German dialect is still classified as Low Prussian, or simply Prussian. Russian Mennonites trace their genealogical roots mostly to the Low Countries and north Germany, and to a lesser degree to southern Germany and Switzerland.

Beginning in the late 18th century, the expanding Russian Empire invited Germans and many from the Kingdom of Prussia, including many Mennonites, to create new colonies north of the Black Sea in an area that Russia had recently acquired in one of the Russo-Turkish Wars. This is now part of Ukraine as well as other countries. Beginning in 1873, many Plautdietsch-speaking Mennonites migrated from the Russian Empire to the United States and Canada. 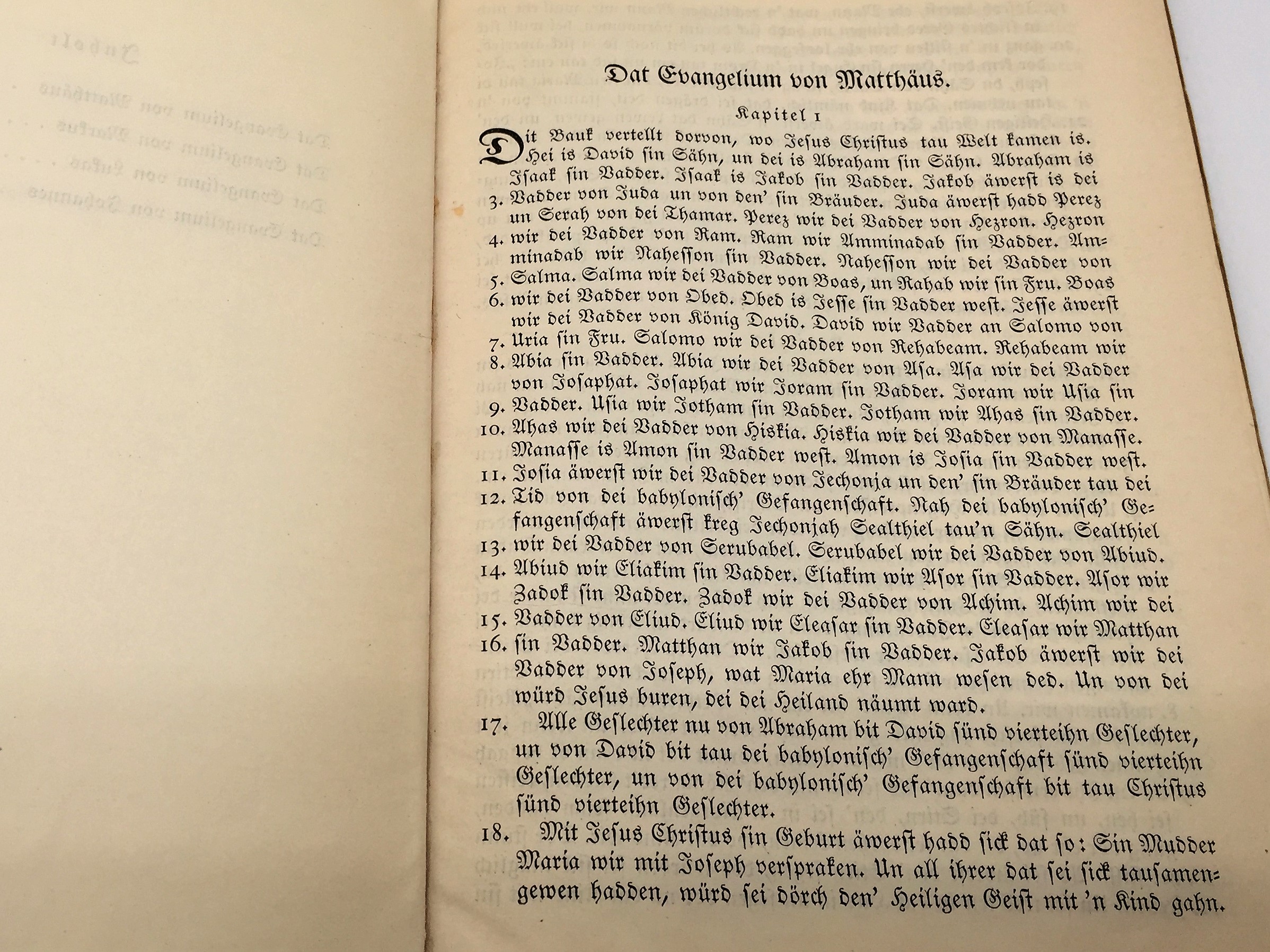