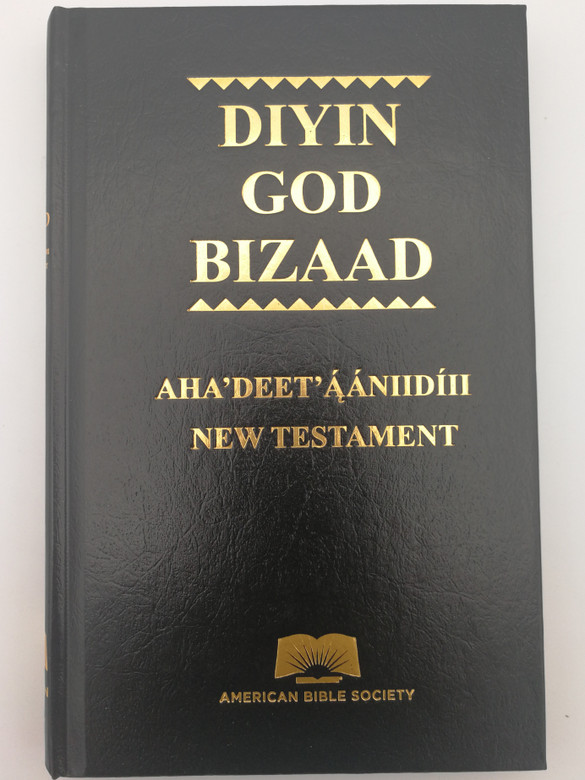 Navajo or Navaho (/ˈnævəhoʊ,ˈnɑː-/; Navajo: Diné bizaad [tìnépìz̥ɑ̀ːt] or Naabeehó bizaad [nɑ̀ːpèːhópìz̥ɑ̀ːt]) is a Southern Athabaskan language of the Na-Dené family, through which it is related to languages spoken across the western areas of North America. Navajo is spoken primarily in the Southwestern United States, especially in the Navajo Nation. It is one of the most widely spoken Native American languages and is the most widely spoken north of the Mexico–United States border, with almost 170,000 Americans speaking Navajo at home as of 2011. The language has struggled to keep a healthy speaker base, although this problem has been alleviated to some extent by extensive education programs in the Navajo Nation.

The language has a fairly large phoneme inventory; it includes several uncommon consonants that are not found in English. Its four basic vowels are distinguished for nasality, length, and tone. It has both agglutinative and fusional elements: it relies on affixes to modify verbs, and nouns are typically created from multiple morphemes, but in both cases these morphemes are fused irregularly and beyond easy recognition. Basic word order is subject–object–verb, though it is highly flexible to pragmatic factors. Verbs are conjugated for aspect and mood, and given affixes for the person and number of both subjects and objects, as well as a host of other variables.

The language's orthography, which was developed in the late 1930s after a series of prior attempts, is based on the Latin script. Most Navajo vocabulary is Athabaskan in origin, as the language has been conservative with loanwords since its early stages.