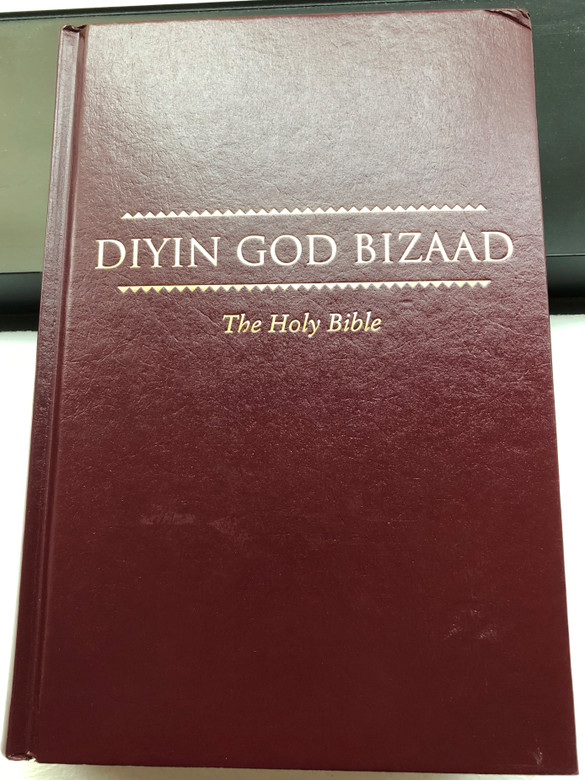 Navajo or Navaho (/ˈnævəhoʊ,ˈnɑː-/; Navajo: Diné bizaad [tìnépìz̥ɑ̀ːt] or Naabeehó bizaad [nɑ̀ːpèːhópìz̥ɑ̀ːt]) is a Southern Athabaskan language of the Na-Dené family, through which it is related to languages spoken across the western areas of North America. Navajo is spoken primarily in the Southwestern United States, especially on the Navajo Nation. It is one of the most widely spoken Native American languages and is the most widely spoken north of the Mexico–United States border, with almost 170,000 Americans speaking Navajo at home as of 2011. The language has struggled to keep a healthy speaker base, although this problem has been alleviated to some extent by extensive education programs on the Navajo Nation.

Leonard P. Brink, a Christian Reformed missionary working at Rehoboth, New Mexico, translated the first portions of the Bible into Navajo. His translations of Genesis and Mark were published by the American Bible Society in 1910. Presbyterian missionaries John Butler, Alexander Black and F.G. Mitchell translated short portions, and in 1917 after collaborative work the American Bible Society published in one volume portions from Genesis, Exodus, Psalms, Jonah, Isaiah, Mark, Luke, John, Romans, First Corinthians, and Revelation, as God Bîzad. In 1937 Acts was added, and it was republished as "God Bizaad" (God's Word)

Work only began in earnest, however, when Faye Edgerton joined Wycliffe Bible Translators in 1944. She and Geronimo Martin revised the older translations, and completed most of the New Testament. The Corinthian epistles were translated by William Goudberg and Jacob Kamps of the Christian Reformed Church. The New Testament was published in 1956, and became an instant bestseller among the tribe. The complete Bible, under the name Diyin God Bizaad, was printed for the first time in 1985. A revision was published by the American Bible Society in 2000.

Navajo was the sixth Native American language to have the complete Bible translated into it.