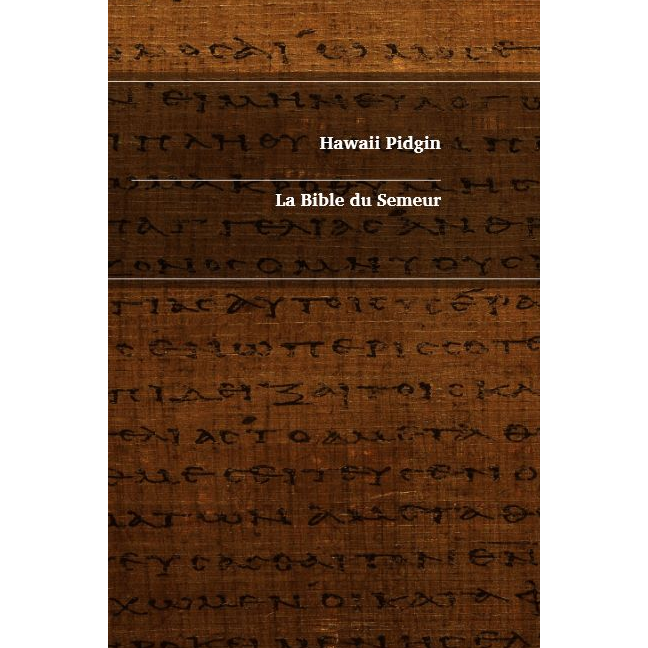 French (le français [lə fʁɑ̃sɛ] or la langue française [la lɑ̃ɡ fʁɑ̃sɛz]) is a Romance language of the Indo-European family. It descended from the Vulgar Latin of the Roman Empire, as did all Romance languages. French has evolved from Gallo-Romance, the spoken Latin in Gaul, and more specifically in Northern Gaul. Its closest relatives are the other langues d'oïl—languages historically spoken in northern France and in southern Belgium, which French (Francien) has largely supplanted. French was also influenced by native Celtic languages of Northern Roman Gaul like Gallia Belgica and by the (Germanic) Frankish language of the post-Roman Frankishinvaders. Today, owing to France's past overseas expansion, there are numerous French-based creole languages, most notably Haitian Creole. A French-speaking person or nation may be referred to as "Francophone" in both English and French.

Hawaiian Pidgin English, Hawaiian Creole English, HCE, or locally known as simply Pidgin, is a creole language based in part on English, spoken by many residents of Hawaii. Although English and Hawaiian are the co-official languages of the state of Hawaii, Hawaiian Pidgin is used by many Hawaii residents in everyday casual conversation and is often used in advertising targeted toward locals in Hawaii. In the Hawaiian language, Hawaiian Creole English is called "ʻōlelo paʻi ʻai", which literally means "pounding-taro language".