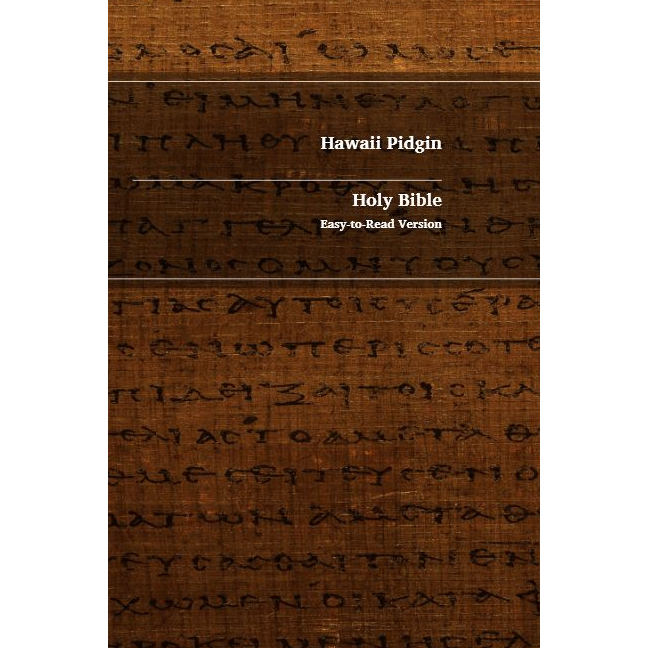 The Holy Bible: Easy-to-Read Version (ERV) is an English translation of the Bible compiled by the World Bible Translation Center. It was originally published as the English Version for the Deaf (EVD) by BakerBooks. Deaf readers sometimes struggle with reading English because sign language is their first language.

The ERV uses the Biblia Hebraica Stuttgartensia (1984) as its Old Testament text with some readings from the Dead Sea Scrolls. Also, it follows the Septuagint when its readings are considered more accurate. (The Septuagint is the ancient Greek translation of the Hebrew scriptures.) For the New Testament, the ERV uses the United Bible Societies' Greek New Testament (fourth revised edition, 1993) and Nestle-Aland Novum Testament Graece (twenty-seventh edition, 1993).

Hawaiian Pidgin English, Hawaiian Creole English, HCE, or locally known as simply Pidgin, is a creole language based in part on English, spoken by many residents of Hawaii. Although English and Hawaiian are the co-official languages of the state of Hawaii, Hawaiian Pidgin is used by many Hawaii residents in everyday casual conversation and is often used in advertising targeted toward locals in Hawaii. In the Hawaiian language, Hawaiian Creole English is called "ʻōlelo paʻi ʻai", which literally means "pounding-taro language".