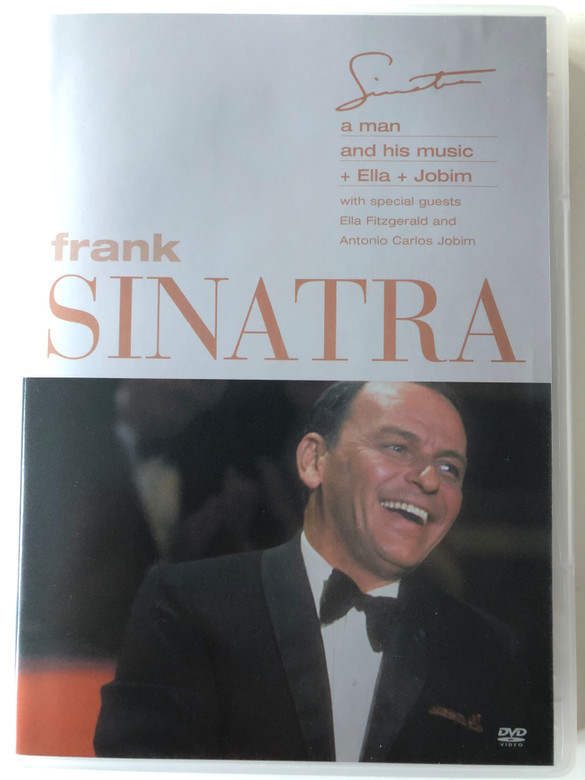 A truly memorable television event, the third annual special finds Frank joined by the dazzling Ella Fitzgerald in an historic pairing of the two preeminent vocal talents of the era. As if that weren t enough, Antonio Carlos Jobim accompanies Frank for an intimate medley of classics, including The Girl From Ipanema.
Aired November 13, 1967. 12 performances, 50 minutes.

Frank Sinatra: A Man and His Music was a one-hour television special in color, first broadcast by NBC on November 24, 1965, to mark the occasion of Frank Sinatra's 50th birthday. It was directed by the multi-Emmy-winning Dwight Hemion. Frank Peppiatt and John Aylesworth were the head writers. Telecast at a time when television had just switched to full-time color programming (except for feature films shot in black-and-white), the show was an enormous success, so much so that it spawned two follow-ups: A Man and His Music – Part II (1966), featuring Nancy Sinatra, and A Man and His Music + Ella + Jobim (1967), starring Ella Fitzgerald and Antônio Carlos Jobim. An album by Sinatra, also titled A Man and His Music, was released at around the same time as the special.