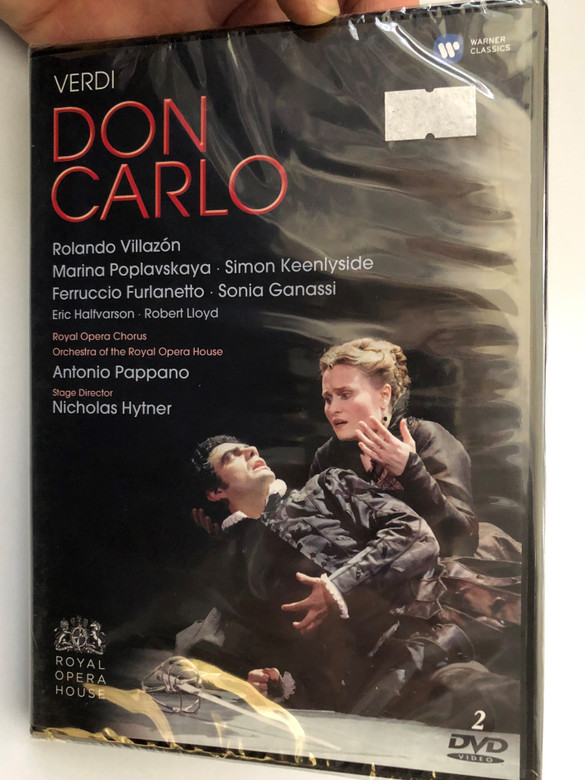 Fathers and sons, love tainted by politics and the evils of organised religion all come under the dramatic microscope in Verdi's most monumental opera. Antonio Pappano conducts with tremendous sweep, allowing all the principals to bare the souls of their rich and complex characters whithin Nicholas Hytner's production, captured live at London's Royal Opera House in High Definition video and surround sound.

Giuseppe Fortunino Francesco Verdi (I1813 – 1901) was an Italian opera composer. He was born near Busseto to a provincial family of moderate means, and developed a musical education with the help of a local patron. Verdi came to dominate the Italian opera scene after the era of Vincenzo Bellini, Gaetano Donizetti, and Gioachino Rossini, whose works significantly influenced him. Verdi, the first child of Carlo Giuseppe Verdi (1785–1867) and Luigia Uttini (1787–1851), was born at their home in Le Roncole, a village near Busseto, then in the Département Taro and within the borders of the First French Empire following the annexation of the Duchy of Parma and Piacenza in 1808. The baptismal register, prepared on 11 October 1813, lists his parents Carlo and Luigia as "innkeeper" and "spinner" respectively. Additionally, it lists Verdi as being "born yesterday", but since days were often considered to begin at sunset, this could have meant either 9 or 10 October. Following his mother, Verdi always celebrated his birthday on 9 October, the day he himself believed he was born.

Marina Poplavskaya as Elizabeth of Valois 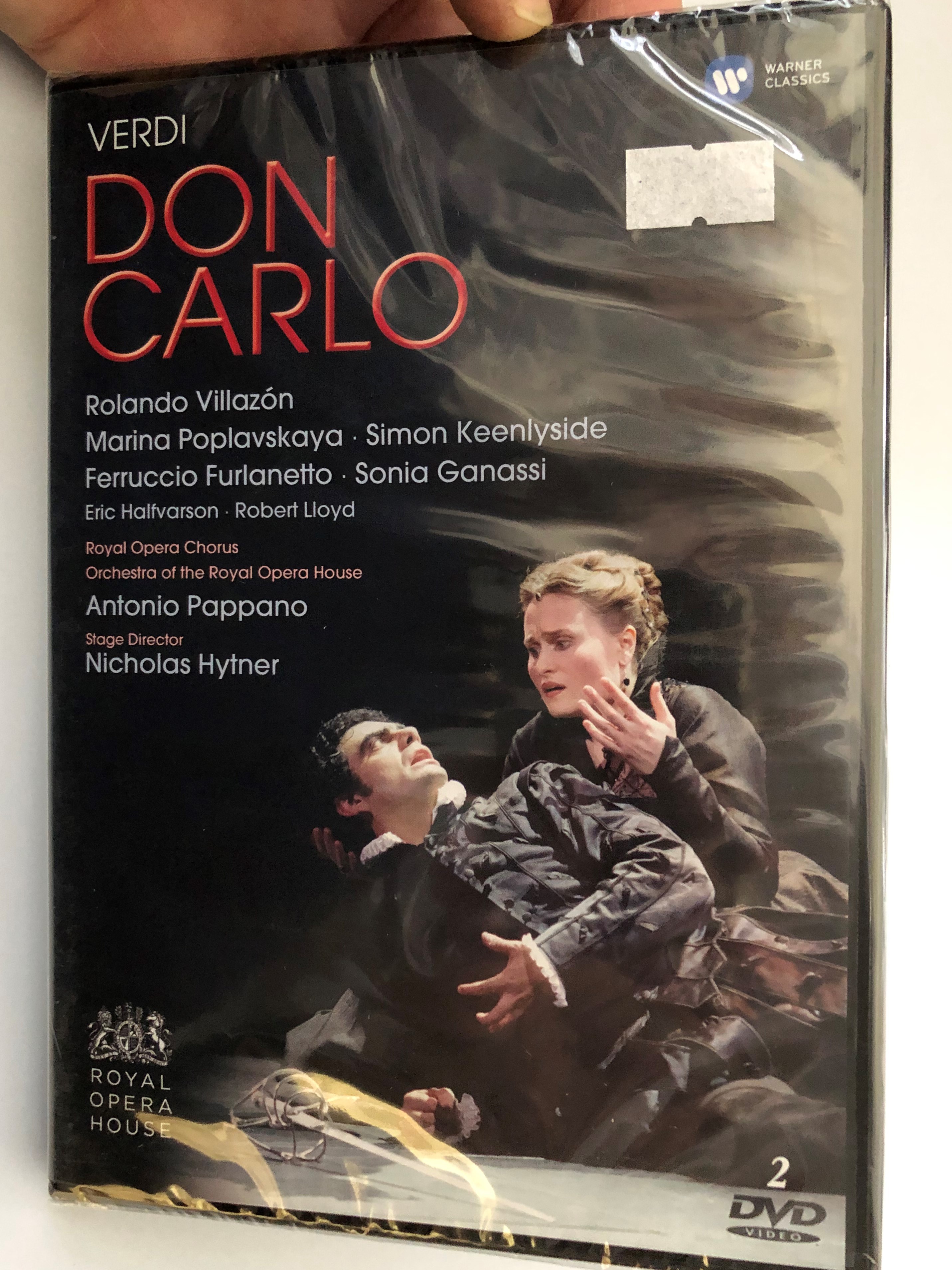 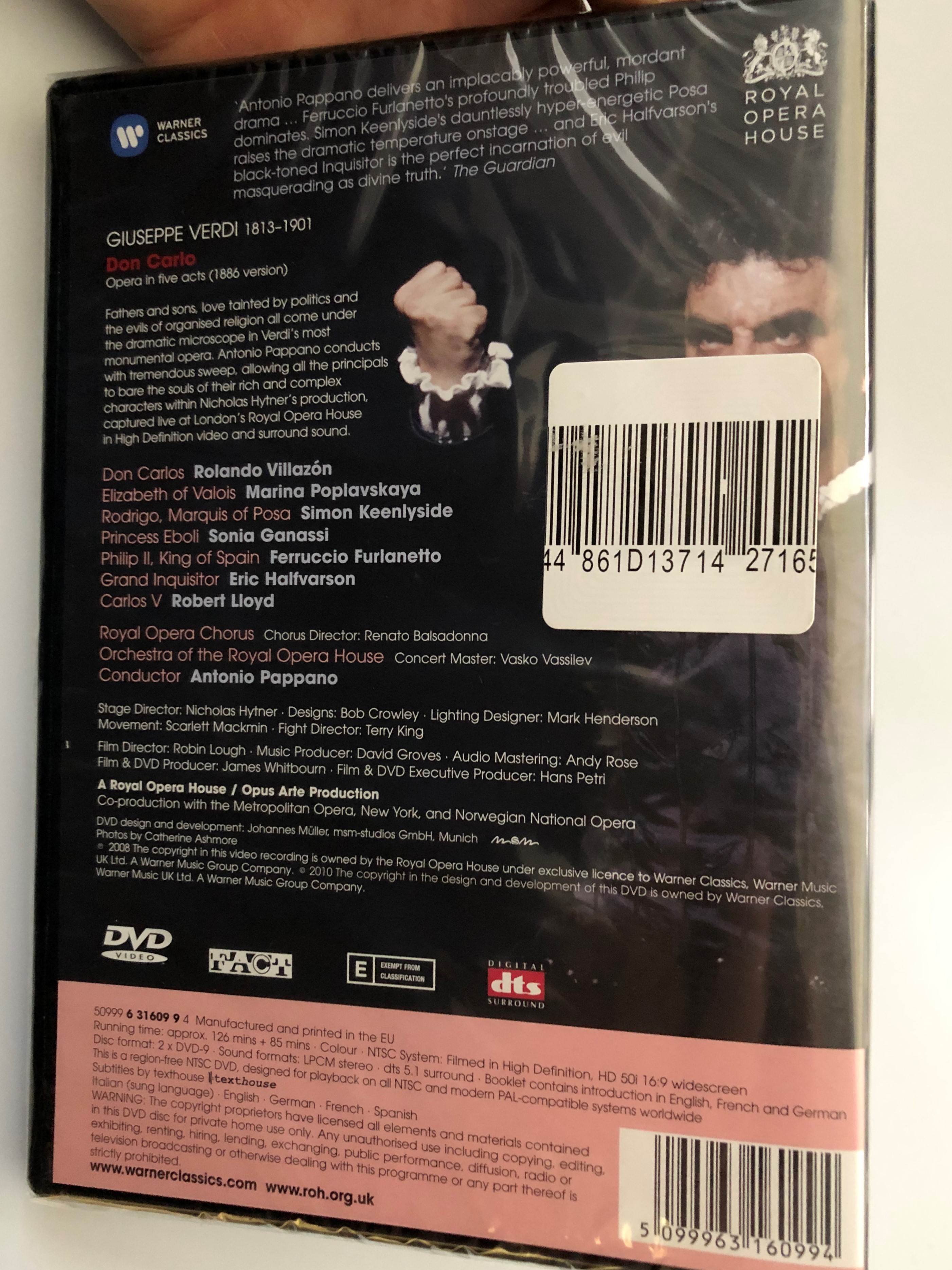