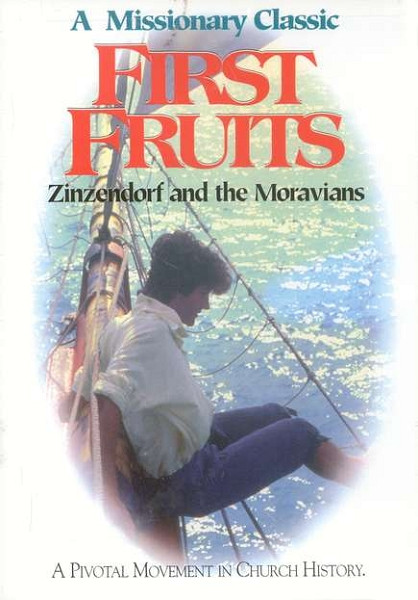 First Fruits DVD (2004) Zinzendorf and the Moravians / A Missionary Classic

In 1732, two young Moravians left their comfortable community of Hernhut, Germany, convinced that they were called of God to bring the Gospel to the slaves in the West Indies. They went, willing to become slaves if necessary, to minister to these oppressed people. The Moravians pioneered a mission movement characterized by extraordinary commitment. Under the dynamic leadership of Count Nikolaus von Zinzendorf, the Moravians sent out more missionaries in 20 years than all the other Protestant groups had in 200 years. They were driven by two strong convictions: world evangelization is a prime obligation of the church, and every member of the Christian community has this responsibility. First Fruits unfolds the suffering which these young men endured for their missionary zeal and the agony of their community in deciding to send them forth at a time when missions to the heathen masses were unthinkable among Protestants. You will especially marvel over the first fruits of their ministry and the impact of their vision on the course of Christian history.