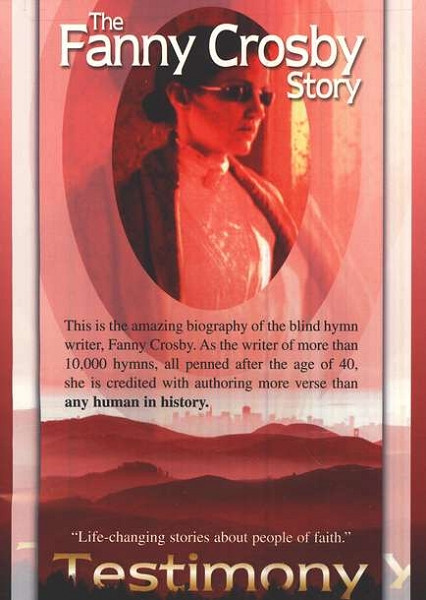 This is the amazing biography of the blind hymn writer, Fanny Crosby. As the writer of more than 10,000 hymns, all penned after the age of 40, she is credited with authoring more verse than any human in history.

The tragic mistreatment by a charlatan masquerading as a doctor blinded Fanny shortly after birth. Nevertheless, she learned to function as a sighted child except for her inability to read. She was an extraordinary child filled with joy and mischief! At her grandmother's knee, she began to demonstrate an exceptional memory, and memorized several complete books of the Bible, including Ruth and Proverbs.

She left home at age 15 to begin her formal education. One of the most notable pupils of the New York Institute for Special Education, Fanny was also the first woman to address the US Congress. Fulfilling the roles of wife, mother, friend, teacher, nurse to the sick during the cholera epidemic, humanitarian to the poor and disenfranchised, and friend of presidents Fanny Crosby was an exceptional woman by any standard. And her legacy lives on through the thousands of hymns that are still sung today.