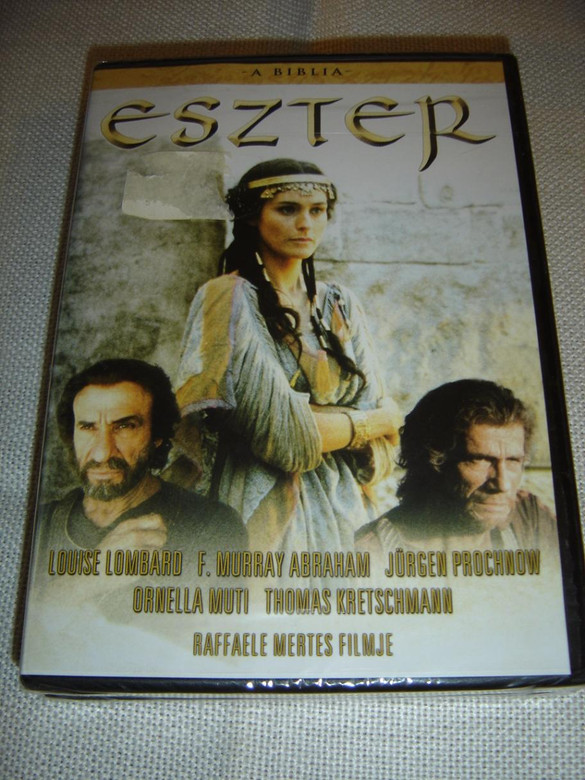 [English] Ahasuerus (Xerxes I), King of the Persians, whose empire now extends from India to Egypt after the defeat of the Babylonians, is holding a celebratory banquet for his people in the citadel of Susa to display his wealth and splendor. When he summons his attractive wife Vashti, to show off her beauty to the guests, the proud queen refuses to come. The king promptly bans her from ever entering his presence again, and gives orders for the most beautiful young virgins in the land to be brought to him. The young Jewess Esther, adopted daughter of her uncle Mordecai, is among the girls selected; they are told to beautify themselves in the royal harem and prepare to spend the night with the king. Esther succeeds in enchanting the king with her extraordinary beauty and charm, and he makes her his queen. The king promotes his loyal subject Haman - whose family is notably anti-Jewish - to the post of first minister of the kingdom. When the Jew Mordecai fails to kneel down before Haman like all the others, Haman's irritation with him is transformed into a deep hatred of the Jewish people. He manages to get the king to pass a law allowing the Jews of all countries to be persecuted and killed on a certain day. In his desperation, Mordecai seeks help from Esther. She places her life at risk by visiting the king without his consent, and then invites him and Haman to dine with her that evening. By revealing her Jewish origins Esther now succeeds in exposing Haman's evil plan to kill the Jews, and in obtaining the king's pardon for her people. Haman is duly hanged on the gallows he had built for Mordecai. Since the royal decree is irreversible, Ahasuerus passes another one allowing the Jews to defend themselves against their enemies, whom they end up by vanquishing. Many Jews now return to the Holy City and begin rebuilding Jerusalem.