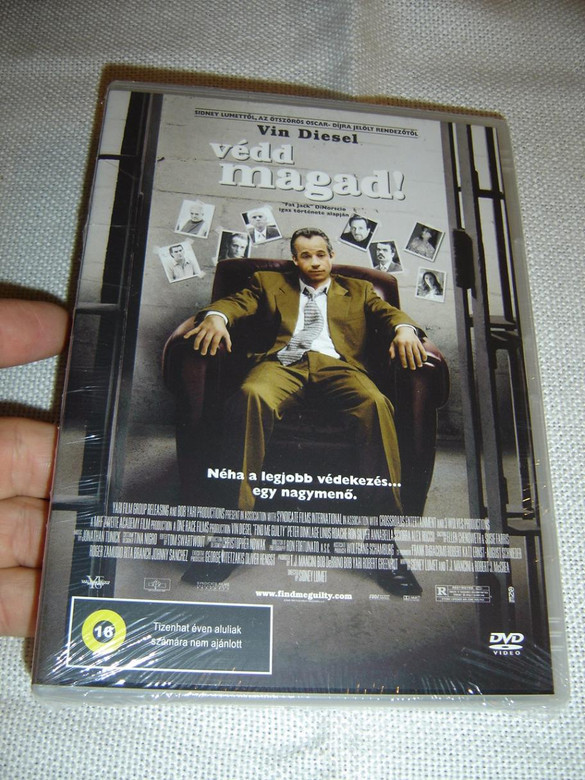 Brand New! As pictured! Ships from USA! Buy from BIBLE IN MY LANGUAGE the world's #1 language selection in BIBLES!!!

[English Description] The mobster Jackie DiNorscio is shot by his own cousin at home while in probation but survives. Later he is arrested dealing drugs and sentenced to thirty years in prison. The prosecutor Sean Kierney proposes a deal to Jackie, immediately releasing him if he testifies against the Lucchese family and other mafia families but Jackie does not accept to rat his friends that he loves. When the trial begins, he asks the judge Finestein to defend himself without the assistance of a lawyer.

Find Me Guilty / Vedd Magad (2006) / ENGLISH and Hungarian Sound and Subtitles /// This is a great product sourced from BIML- Bible In My Language, the leader in foreign language Bibles and outreach materials from Baltimore, Maryland in the USA. BIML stocks Bibles in more than 600 languages.