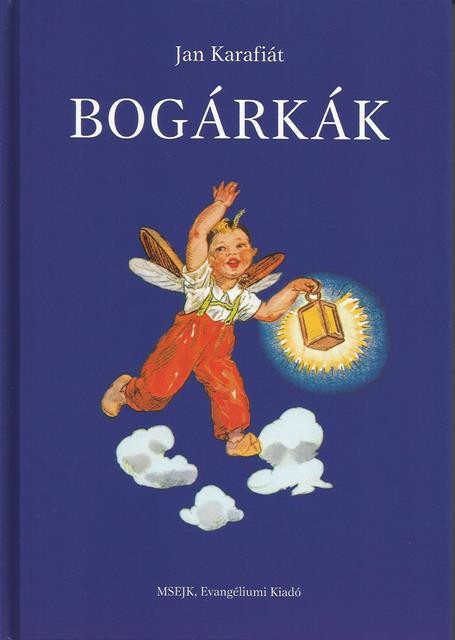 Jan Karafiát (4 January 1846 — 31 January 1929) was a Czech clergyman of the Evangelical Church of Czech Brethren and author. He is best known for his classic children's book Broučci, the Czech language word for beetle, that was first published in the early 1870s. Traditional Czech figurines of fairylike insect people are based on the characters in the book. He is also known for his poetry, which often reflected his religious beliefs] additionally he was one of the reviewers of Bible kralická - the first Czech protestant translation of the Bible.

Karafiát was born to a noble family in Jimramov in 1846. He went to school at Gütersloh. He studied theology in Litomyšl, Berlin (1866–1867), Bonn (1867–1868), Vienna (1866–1869) and Edinburgh (1871–1872). He became Vicar at Roudnice nad Labem and later administrator of the Protestant theological seminar in Čáslav. From 1874 until his conflict with the consistory in Vienna in 1895, he led the parish of Hrubá Lhota. From that point until his death in 1929, he lived in Prague. Jan Karafiát was buried in Vinohrady Cemetery.

Broučci is a classic children's book by Jan Karafiát published in the Czech language in the early 1870s. The title is the Czech word for beetles, and the word is also used for "traditional Czech figures of fairylike insect people" such as the characters in the book. In English, the title is often translated as Fireflies.