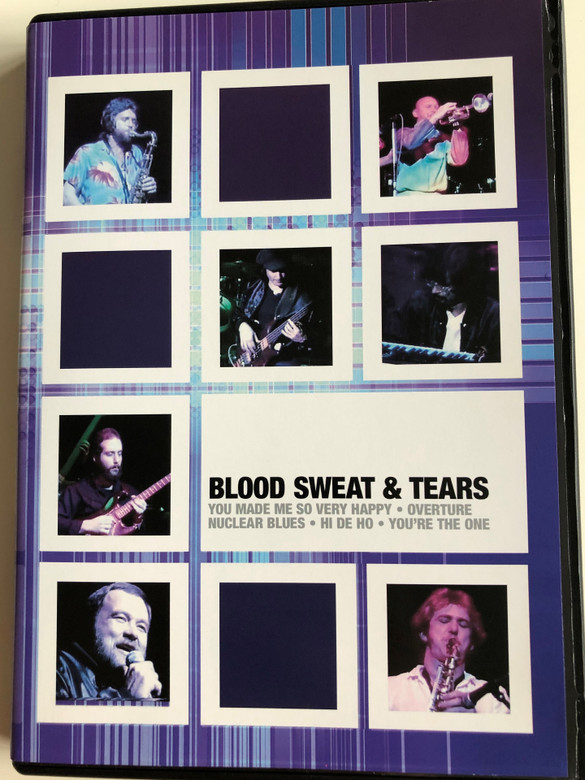 MADE IN THE E.C

Blood Sweat & Tears - Formed in 1967, this New York band created a hybrid of rock, blues, pop, jazz, blues and soul that became known as ‘jazz rock’. Founded by Al Kooper, Jim Fielder, Fred Lipsius, Randy Brecker, Jerry Weiss, Dick Halligan, Steve Katz, and Bobby Colomby, the band has been constantly updating its roster musicians, whilst still maintaining its original and unique sound and style. They have released eighteen albums to date and are presently touring around the world with their current line-up, including some who have been around during the past twenty years.

This DVD, recorded at the Civic Theatre in Halifax in 1980, features a line up of David Clayton-Thomas, Richard Martinez, David Piltch, Keith Seymour, Robert Economou, Stanley Cassidy and Vernon Dorge as they put all their blood, sweat and tears into this incredible performance. 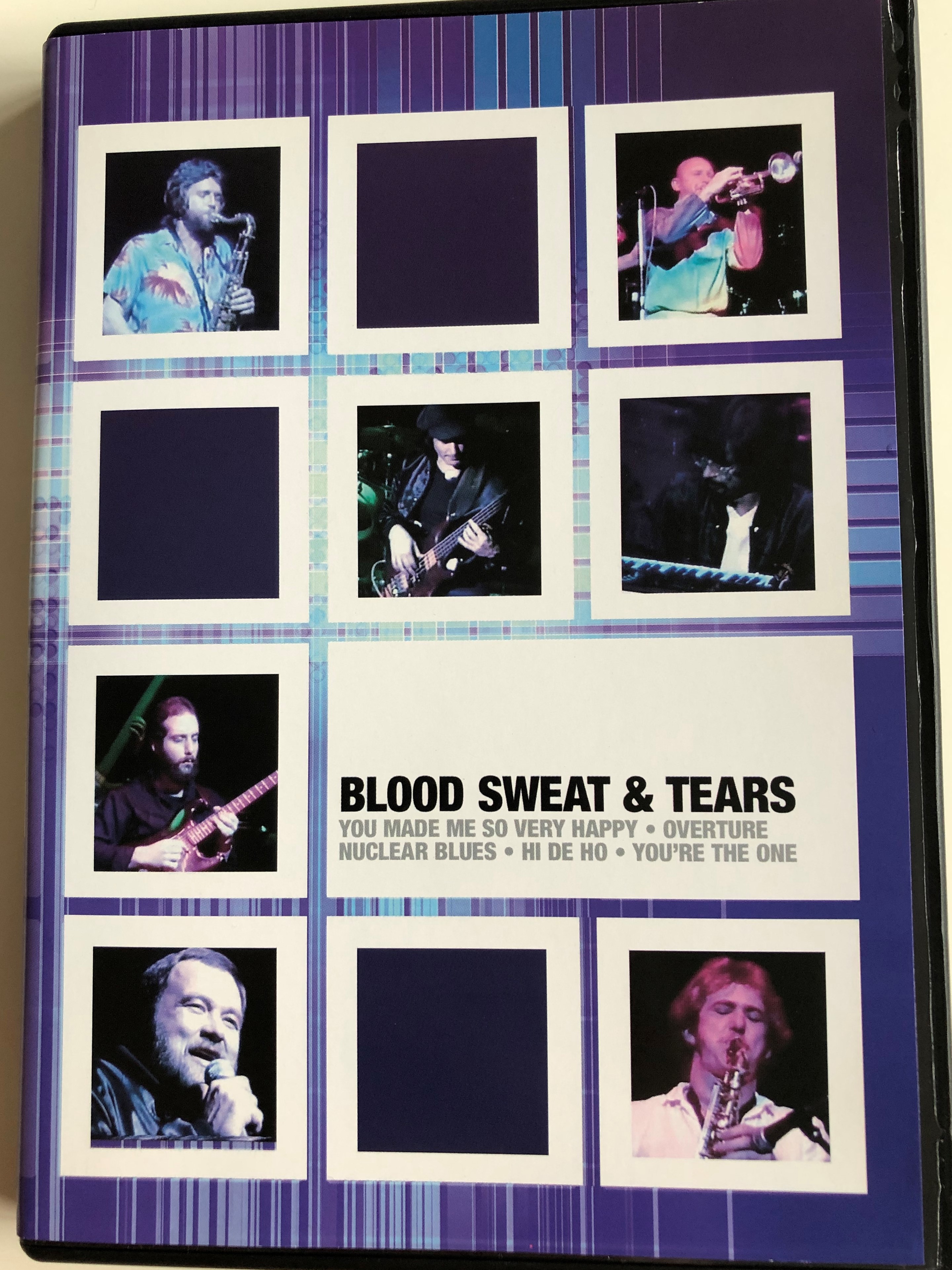 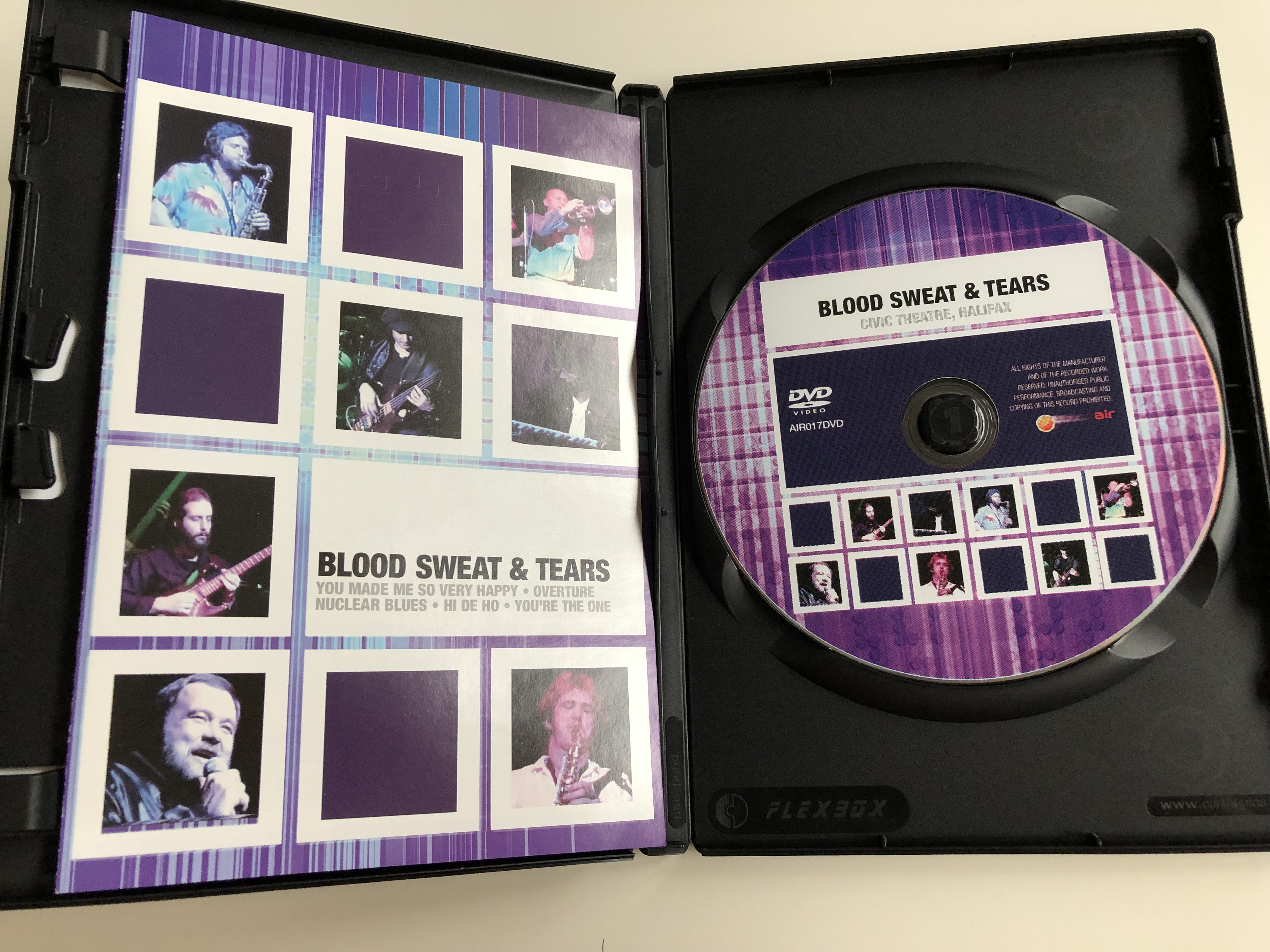 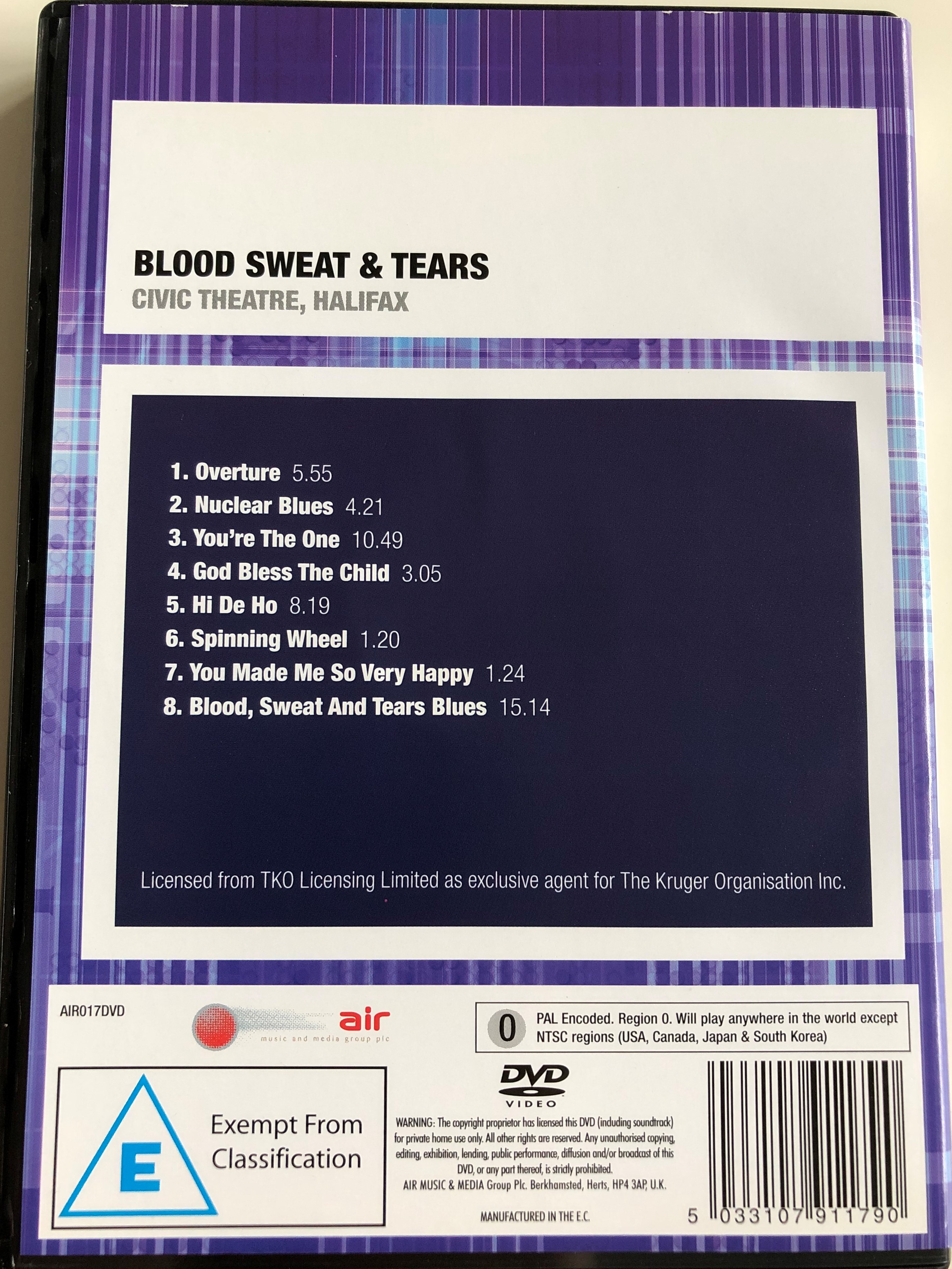