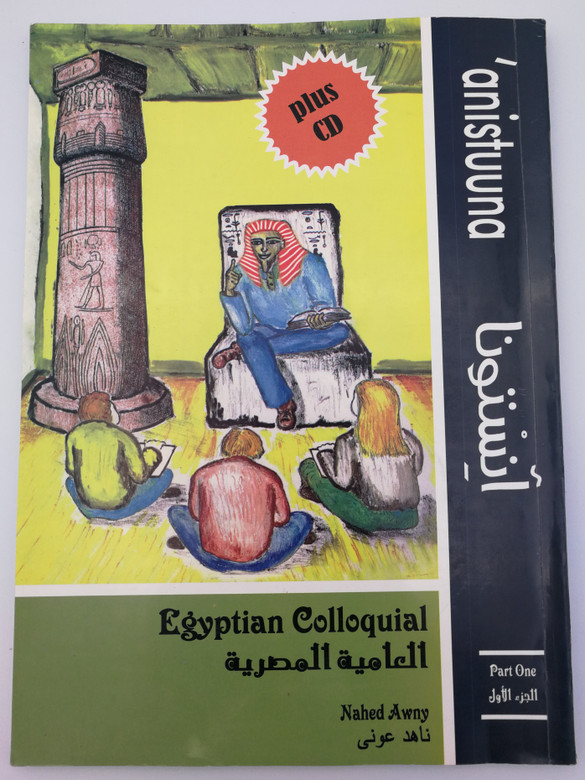 DOES NOT INCLUDE CD!

Egyptian is a North African dialect of the Arabic language which is a Semitic branch of the Afro-Asiatic language family. It originated in the Nile Delta in Lower Egypt. Egyptian Arabic evolved from the Quranic Arabic which was brought to Egypt during the seventh-century AD Muslim conquest that aimed to spread the Islamic faith among the Egyptians.[10] Egyptian Arabic is mainly influenced by the Egyptian Coptic language in its grammar structure which was the native language of the vast majority of Nile Valley Egyptians prior to the Islamic conquest[11][12][13] and later it had small influences by European and foreign languages such as French, Italian, Greek,[14] Turkish and English. The 94 million Egyptians speak a continuum of dialects, among which Cairene is the most prominent. It is also understood across most of the Arabic-speaking countries due to the predominance of Egyptian influence on the region as well as Egyptian media including Egyptian cinema which has had a big influence in the MENA region for more than a century along with the Egyptian music industry, making it the most widely spoken and by far the most widely studied variety.