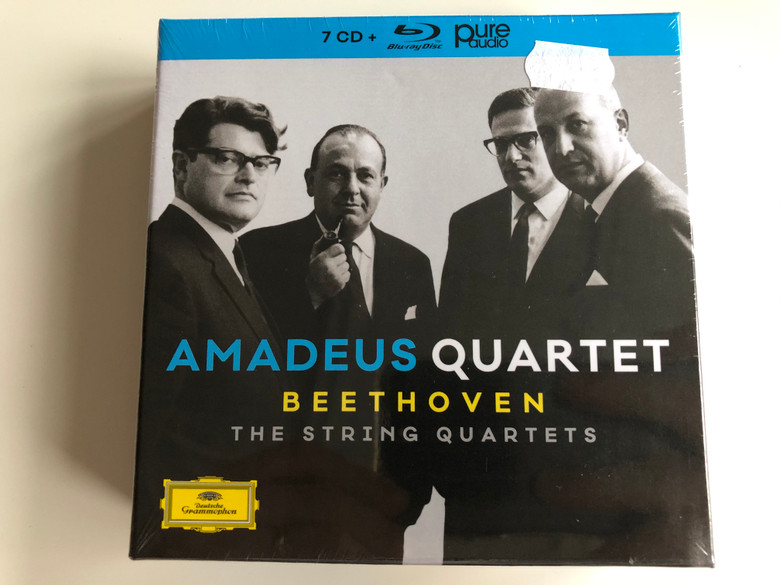 During the 23 years when the Amadeus Quartet was under exclusive contract to Deutsche Grammophon, their name was synonymous with the finest in music-making. Central to their repertoire were the key Austro-German quartet works, and their Beethoven cycle is perhaps the most fitting choice as a tribute to the Amadeus – one closest to their hearts. Many of us will have learned this exalted repertoire from their complete DG cycle, and revisiting it for the first time in true HD sound reaffirms qualities which have set it as one of the pinnacles of recorded chamber music. 7-CDs + Blu-ray Audio mastered at 24-bit/192kHz presenting the celebrated Beethoven cycle recorded by one of the twentieth centuries most celebrated ensembles Limited Edition slipcase with mintpacks 52 page booklet with an introduction by Steven E. Paul and expansive repertoire notes by Heinz Becker The Amadeus were the most successful and highly-regarded Quartet of the 20th century. Benefitting from the jet aeroplane and from the record industry’s ability to reach out to world, they dominated chamber music making for nearly 40 years. But concert tours are only successful if reviews are ecstatic and audiences delighted. They both were. For nearly 40 years, the Quartet (who styled themselves ‘The Wolf-Gang’) roved the world, argued, celebrated and worked like no other group, and changed not a single member: Norbert Brainin, Siegmund Nissel, Peter Schidlof and Martin Lovett had a recording career from 1951 to 1987, ending only with the death of Peter Schidlof in 1987. A replacement was never a discussion since the quartet had made a vow to each other that they would play string quartets with no other musician. This sad occasion marked the end of a quartet whose universal musicianship to this day transcends any changes in style that quartet playing might have undergone since.

To talk of an Amadeus performance is to talk in terms of the music pure and simple. One cannot speak of what they 'did ' or 'didn't' do with a score, because the magic lay not in an y interpretative affectation but in a strong yet self-effacing presentation of musical argument.. --Gramophone

DG s Amadeus Quartet legacy spells one quality above all: class [...] it is a legacy that, as far as the post-war period is concerned, would be difficult to equal let alone surpass. In a word, magnificent. --Gramophone

Luminous performances of tremendous insight, replete with the kind of wisdom, gentleness, and humanity that can only be achieved after decades of playing Beethoven's music and living through it.. --Fanfare 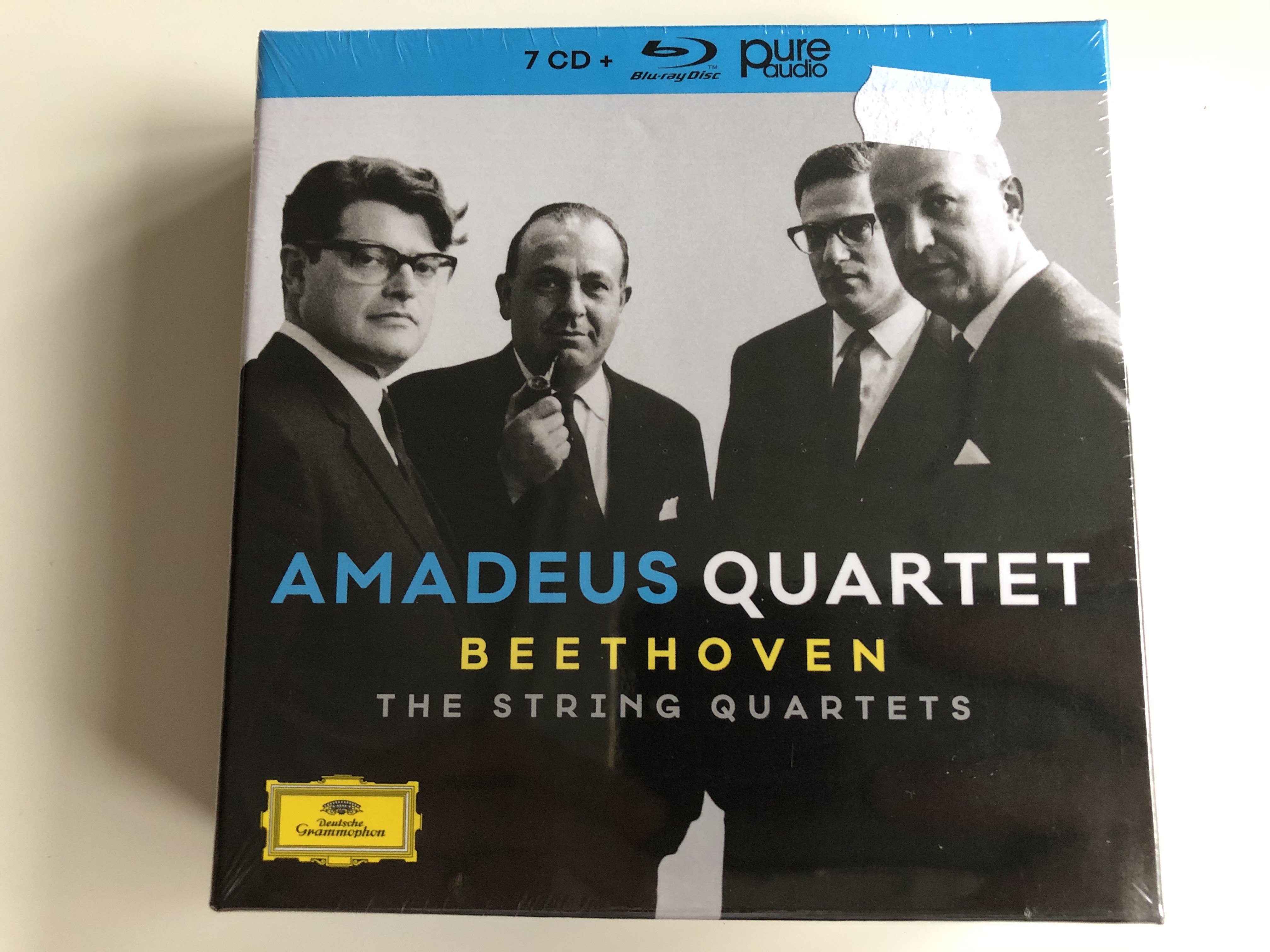 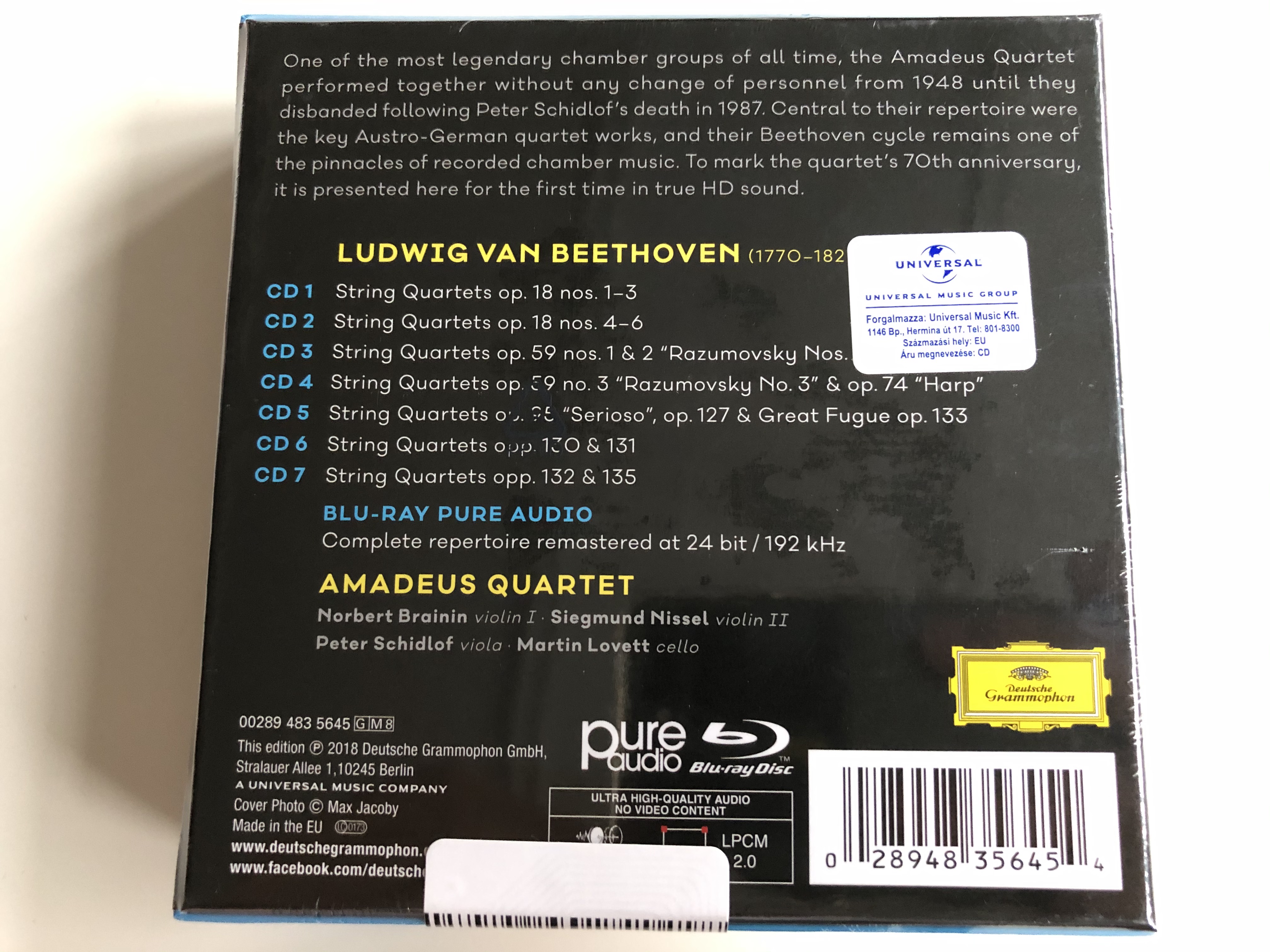