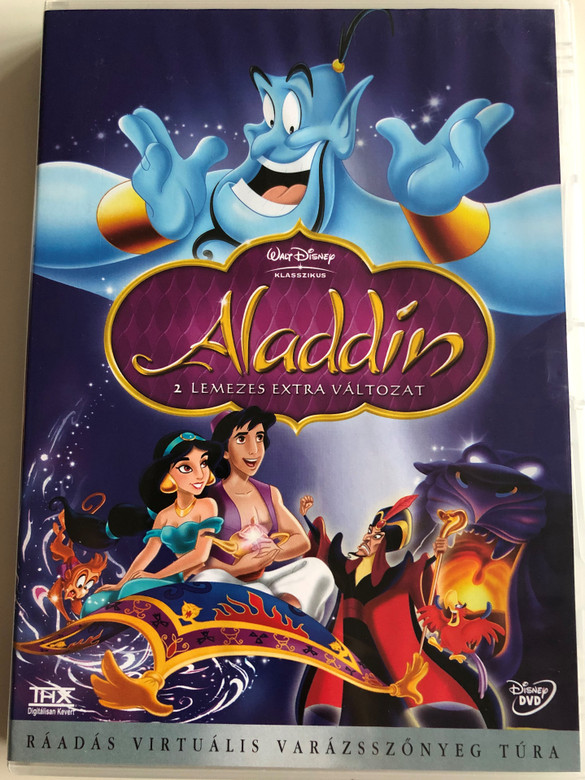 CONDITION OF THIS DVD IS USED - VERY GOOD

Jafar, the Royal Vizier of the fictional city of Agrabah, placed near the Jordan River, and his parrot Iago seek a lamp hidden within the Cave of Wonders. They are told that only one person is worthy to enter: "the diamond in the rough", whom Jafar later identifies as Aladdin, an Agrabah street urchin. Princess Jasmine of Agrabah, upset that the law requires her to marry a prince instead of one she loves, escapes the palace and meets Aladdin and his pet monkey, Abu. The palace guards capture Aladdin on Jafar's orders. Jasmine confronts Jafar to demand Aladdin's release, but he lies and says that Aladdin has been executed.

Disguised as an old man, Jafar frees Aladdin and Abu and brings them to the cave, ordering them to retrieve the lamp. After being told to touch nothing but the lamp, Aladdin finds a magic carpet inside and obtains the lamp. Forgetting the cave's rule, Abu grabs a jewel. Aladdin, Abu, and the carpet rush to escape the cave as it collapses. Aladdin gives the lamp to Jafar, who throws both Aladdin and Abu back into the cave, though not before Abu steals the lamp back. Trapped, Aladdin rubs the lamp and meets the Genie who lives inside it. The Genie grants Aladdin three wishes. Aladdin tricks the Genie into freeing them all from the cave without using a wish. He uses his first wish to assume the identity of a prince to woo Jasmine, and promises to use his third wish to free the Genie from servitude.

At Iago's suggestion, Jafar plots to become Sultan by marrying Jasmine. Aladdin, as "Prince Ali Ababwa", arrives in Agrabah with a large host, but Jasmine becomes angry when he discusses her fate with her father the Sultan and Jafar without her. As a means of apologizing, Aladdin takes Jasmine on a ride on the magic carpet. When she deduces his true identity, he convinces her that he only dresses as a peasant to escape the stresses of royal life. After Aladdin brings Jasmine home, the palace guards capture Aladdin on Jafar's behest and throw him into the sea. The Genie appears and saves him at the cost of his second wish. Aladdin returns to the palace and exposes Jafar's evil plot. Jafar flees after spotting the lamp and thus discovering Aladdin's true identity. 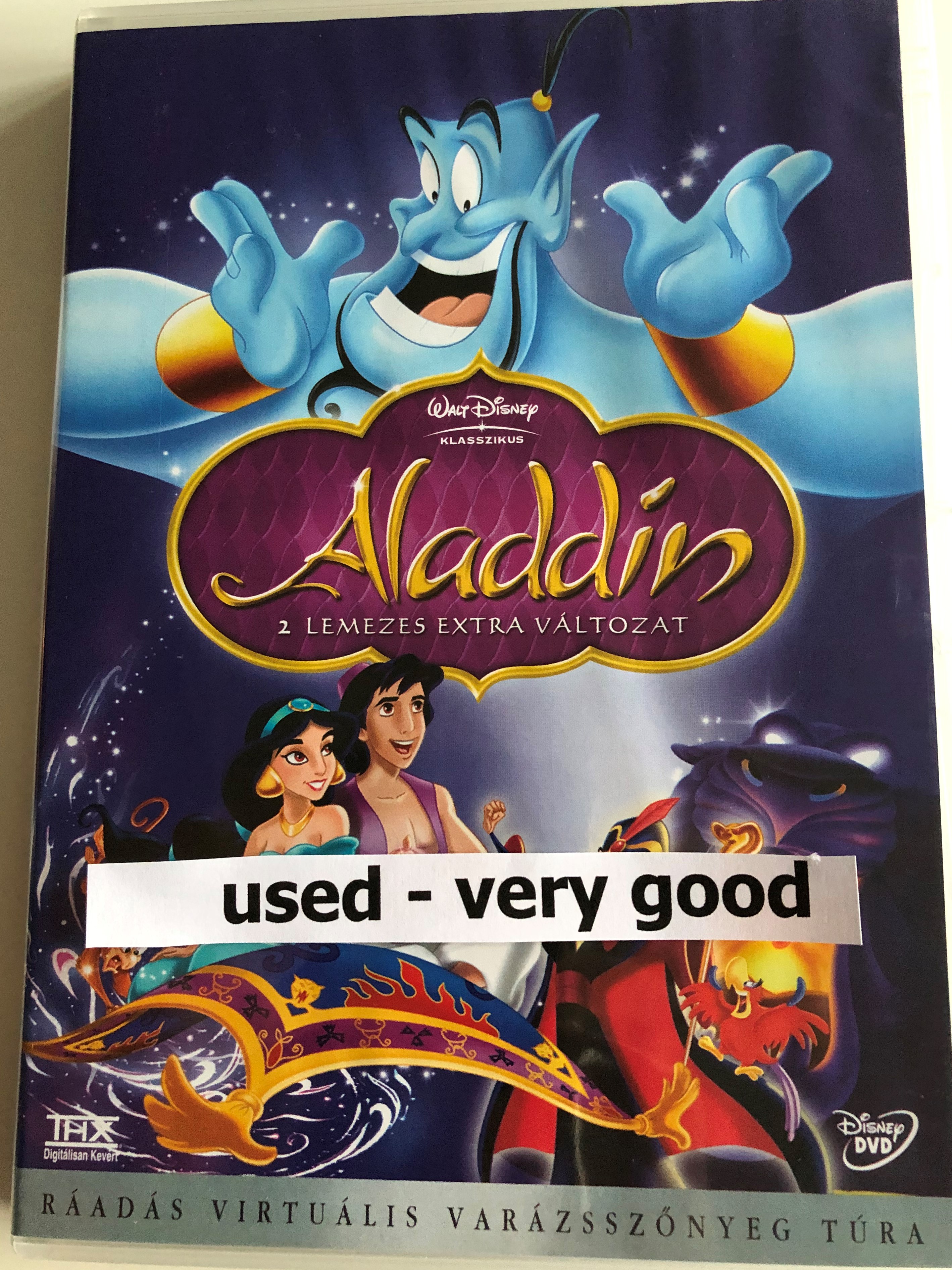 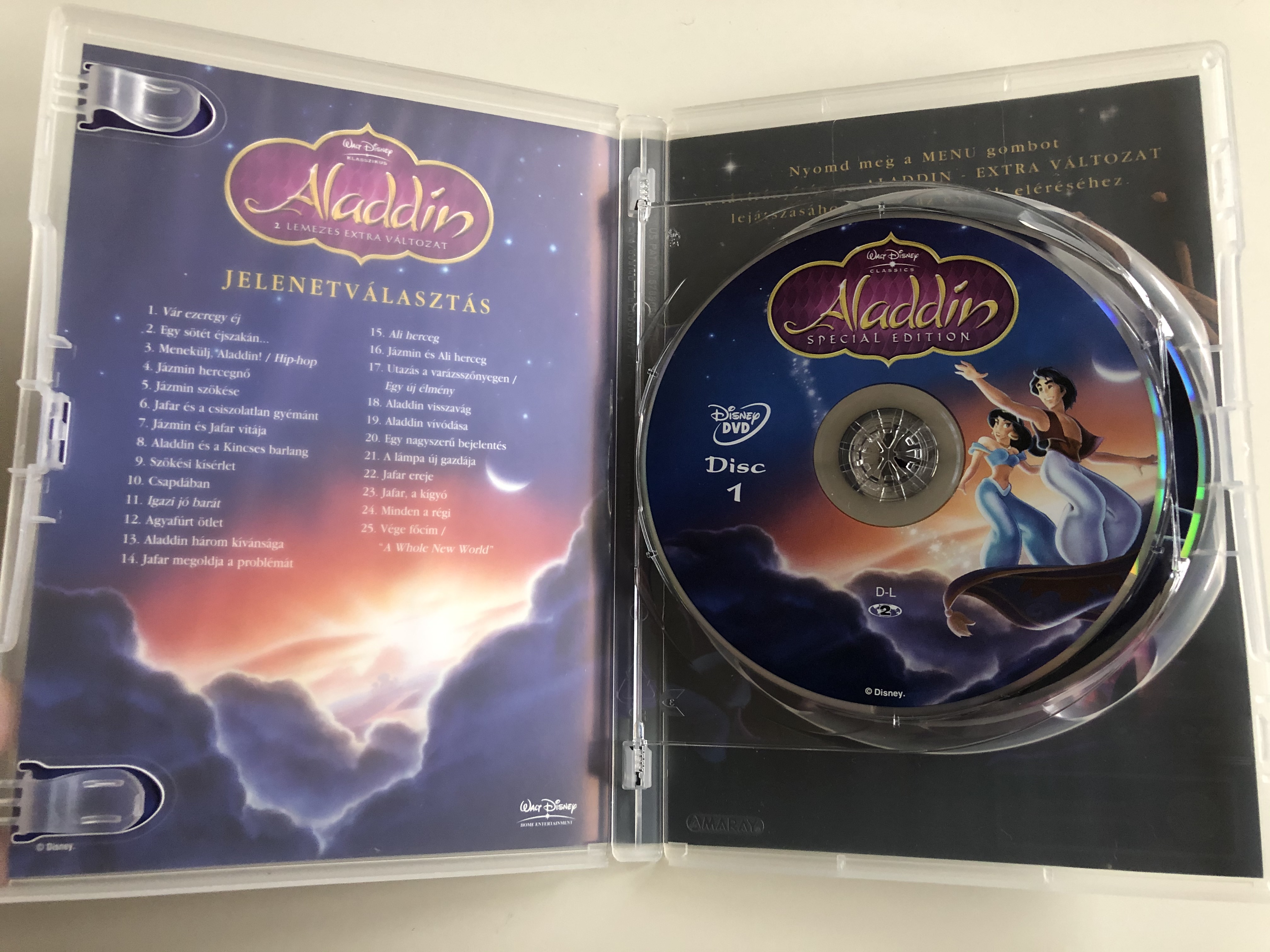 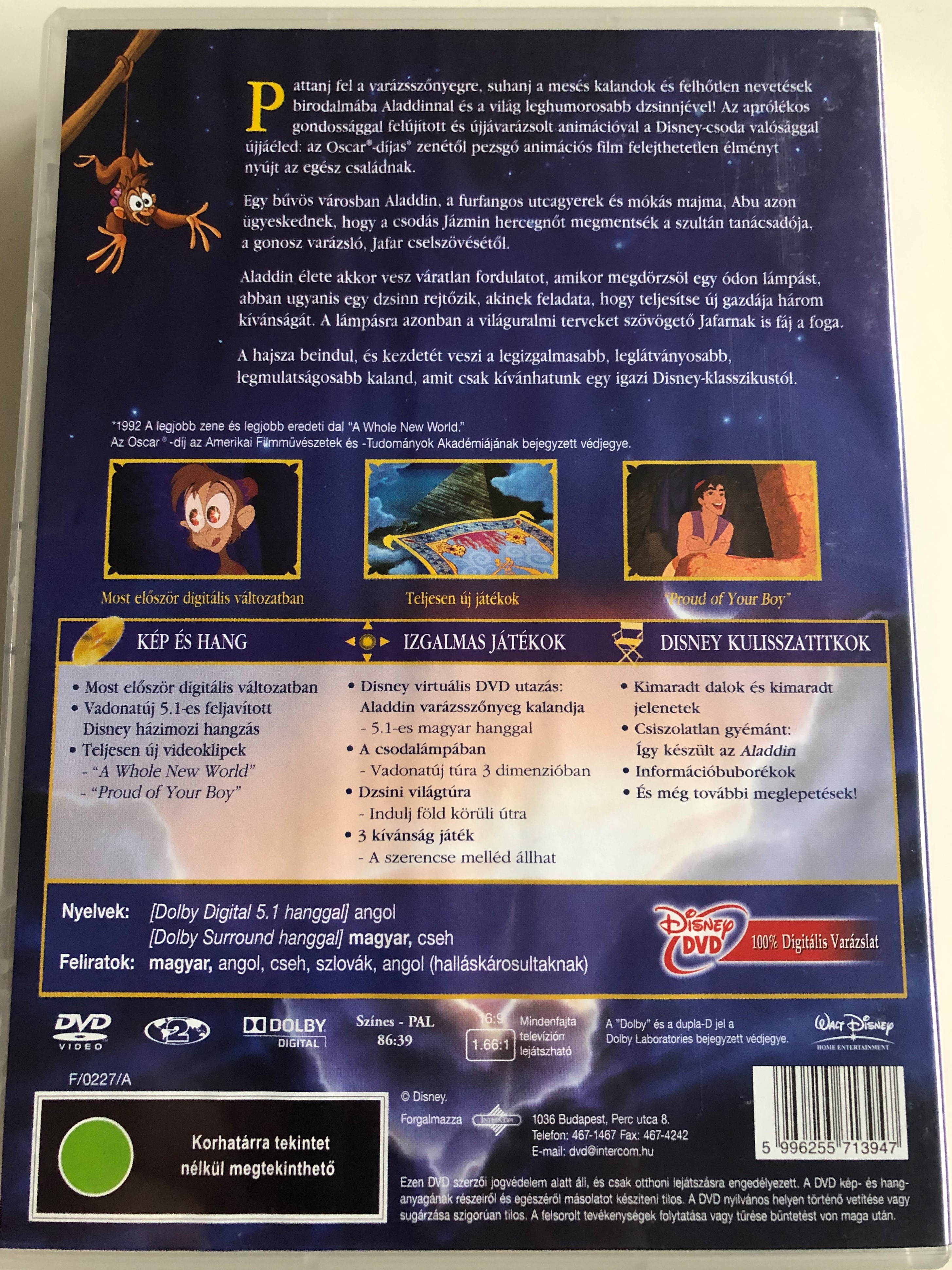