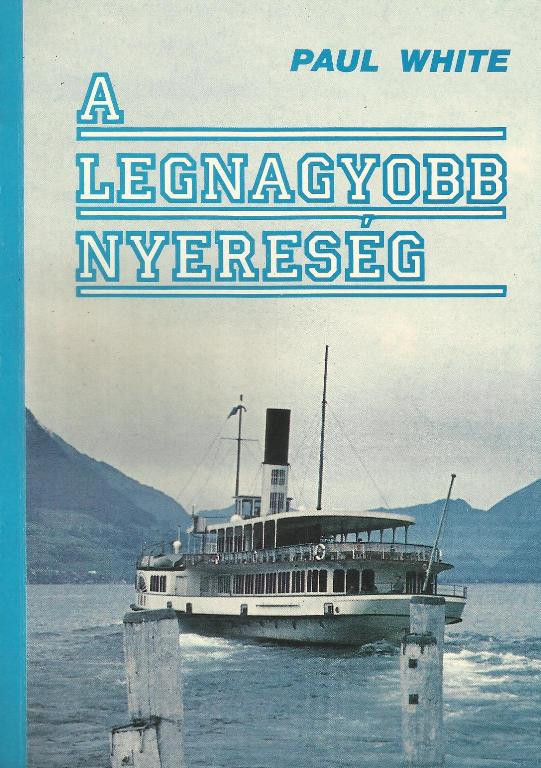 White was born in Bowral, New South Wales. After studying medicine at the University of Sydney, he married Mary Bellingham and together they travelled to Tanganyika Territory (now part of Tanzania) as Church Missionary Society (CMS)missionaries in 1938, where White established a hospital at Mvumi Mission which soon replaced Kilimatinde as the main medical centre of the CMS mission in Tanganyika.

White succeeded Dr Cyril Wallace as the medical secretary of the Diocese of Central Tanganyika in 1939. In 1941 after only two years in missionary work White had to return to Australia due to his wife's illness. On the way home, he developed a boil in, to use his own words, 'a place which caused me to take a pillow, cut a hole in it, and sit very carefully (!) Unable to take part in the shipboard entertainment he started to write. From this came his first missionary book, Doctor of Tanganyika, which is factual and contains many photographs taken by White himself, to illustrate how missionary work was carried out under such primitive settings, with the local Chigogo people.

Following his return to Australia, White went on to write Jungle Doctor, the first in an extensive series bearing the same name, which have been translated into more than 80 languages. At the same time he began his Jungle Doctor radio program, which continued for 25 years. His books are based in Africa and depict African folklore and missionary adventure. Many of White's stories include moral teaching. They tell of surgical operations in the wild using the most basic equipment and the very colourful people of Africa, including his friend Daudi (David) Matama, and quite often striking against the village witchdoctors who relied on black magic to gain power. Several stories are tales of good winning against evil. Although the stories are fiction, they are based on fact, based on White's own, as well as other people's experiences.

Some of the Jungle Doctor stories were released on record in the 1960s, with White himself narrating them.

As well as pioneering Christian media in the form of both radio and television in Australia, White was active in student evangelism and is credited with revitalising evangelical Christian student groups in Australia after World War II. He became general secretary of the Intervarsity Fellowship in 1943. White also continued to practice medicine on a part-time basis right up until his death.

Paul White is a writer, physician and missionary author of the Jungle doctor series is discussing issues that arise today in relation to Christian life. His humorous, yet completely biblical way, can give answers that are easy to understand and touch the essence of things. His personal experiences - especially from his time in East Africa - show us images that are deeply penetrating our souls. This book is a real help to all who take life with God and the Bible seriously.