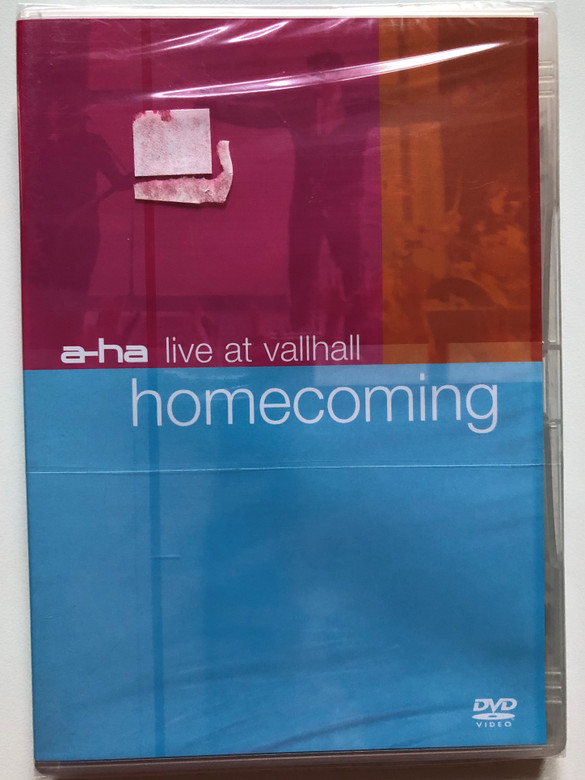 Live play by A-Ha recorded in Oslo on 24th May 2001, a sold-out concert at Oslo's new football stadium Vallhall.
Contains besides the concert (100 min) even much bonus material: interviews, previously not shown live footage and 4 videos from the album "Minor Earth Major Sky".

Norwegian band formed in Oslo in 1982. The band split in 2010 after a worldwide tour of 73 shows.
In December 2014 they announced they would participate in the "Rock in Rio" festival for September 2015.
In March 2015 they announced a comeback album "Cast In Steel" that was released September of that year. The first single from that album "Under The Makeup" was released in July 2015.
An acoustic tour has been announced for early 2018. 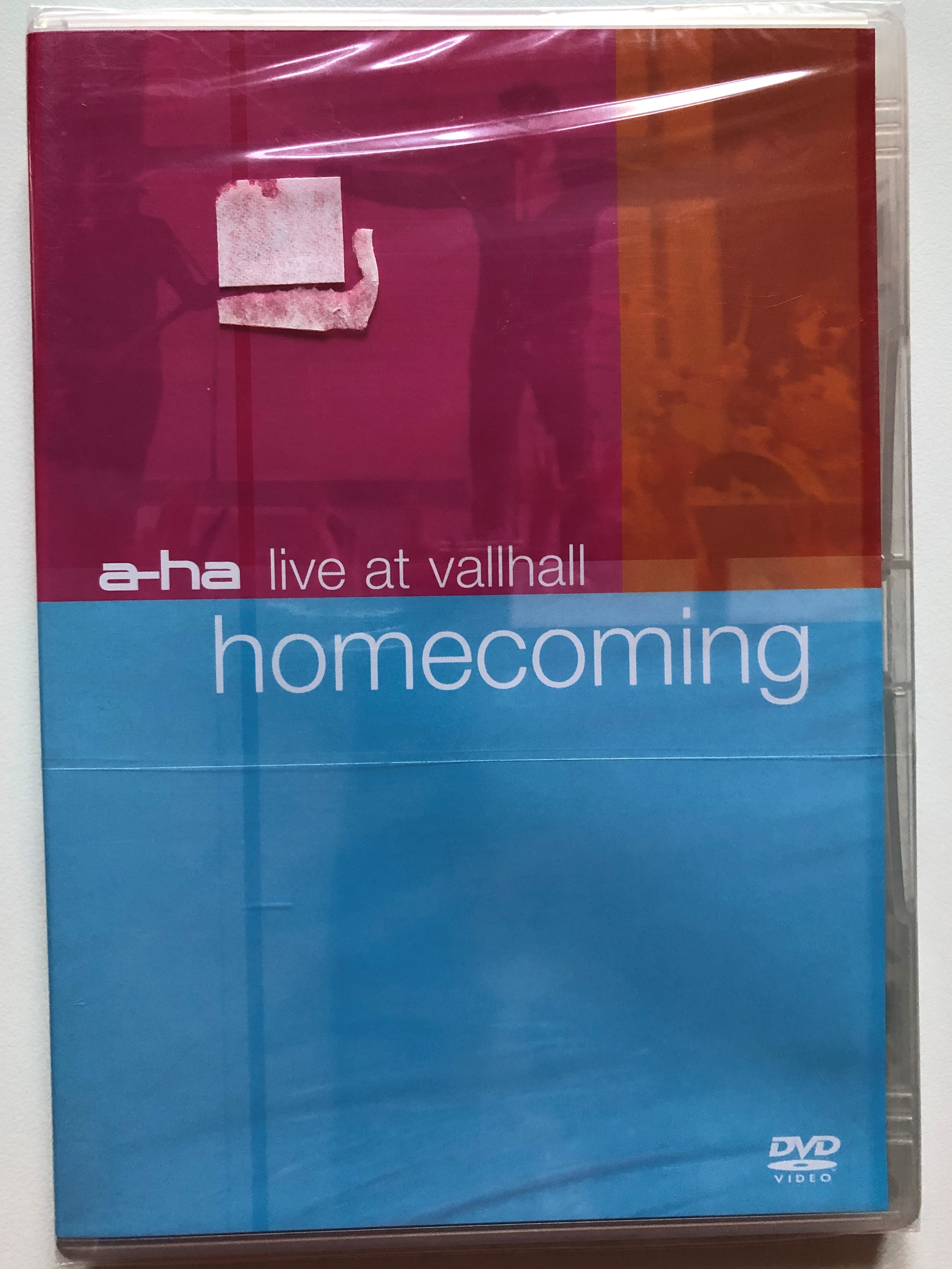 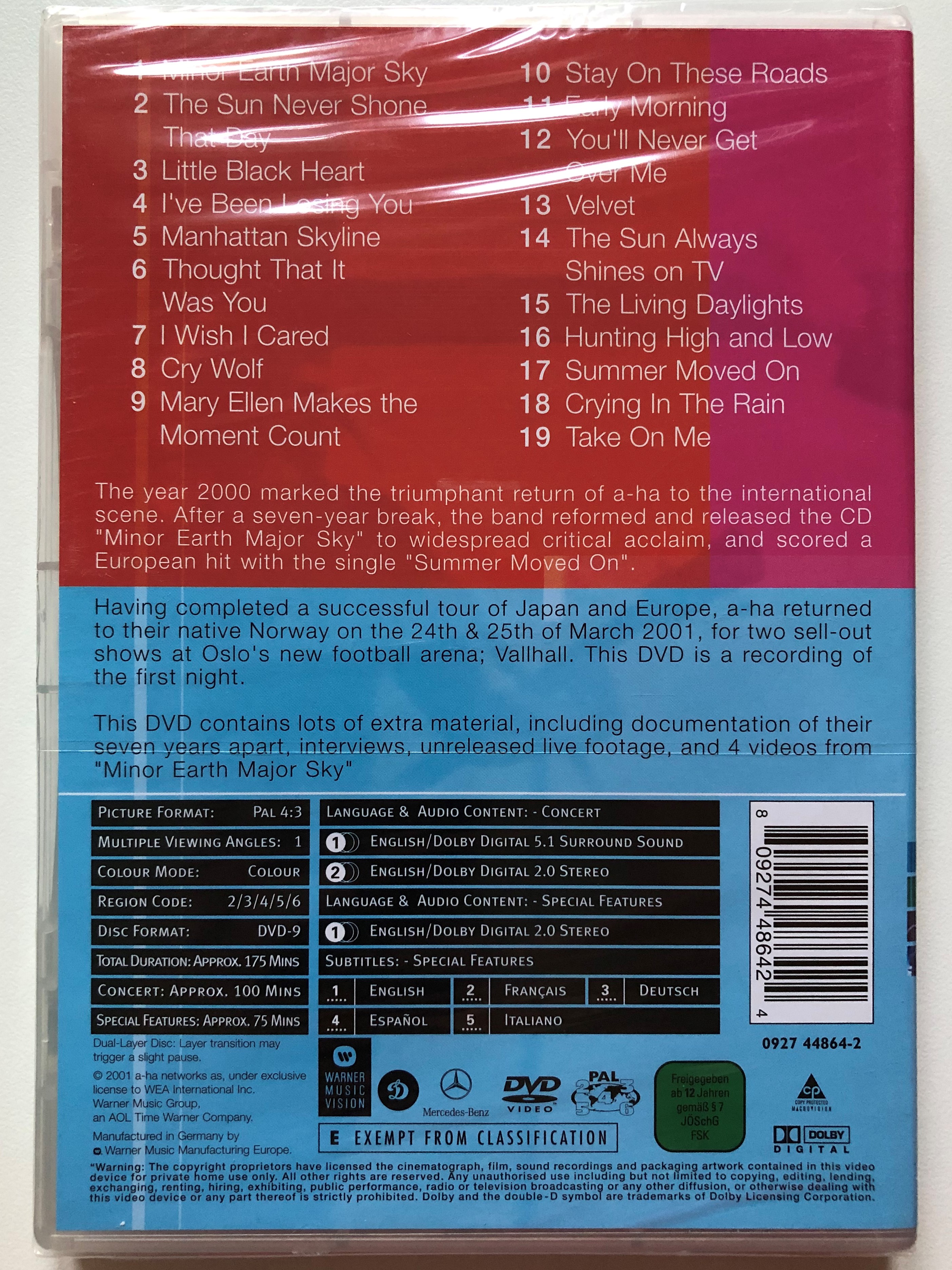