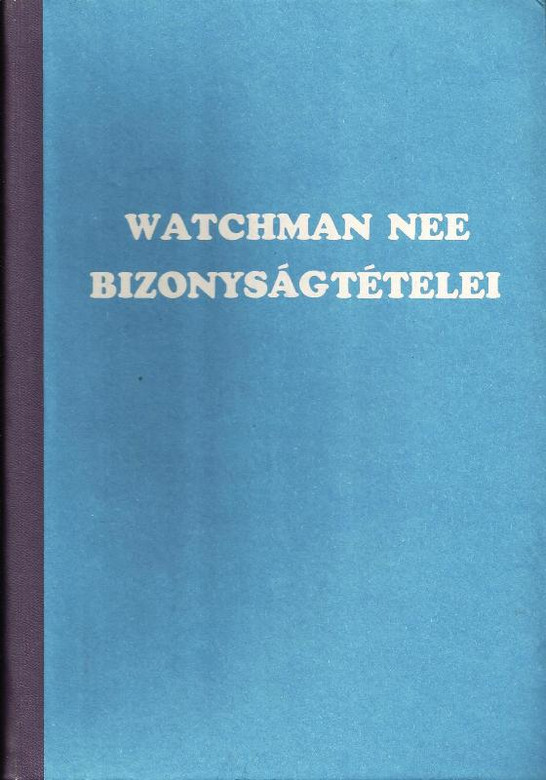 Watchman Nee (Chinese: 倪柝聲; pinyin: Ní Tuòshēng; Foochow Romanized: Ngà̤ Táuk-sĭng; 1903–1972) was a Chinese Christian author and church leader during the early 20th century. He spent the last 20 years of his life in prison and was severely persecuted by the Communists in China. Together with Wangzai, Zhou-An Lee, Shang-Jie Song, and others, Nee founded The Church Assembly Hall, later which would be also known as the "Local churches" (Chinese: 地方教會). or more commonly as (聚會所) meaning "assembly hall"

Born into a Methodist family, Watchman Nee experienced a religious revival, and joined the Church of Heavenly Peace, Fuzhou in 1920 at age 17 and began writing in the same year. In 1921, he met the British missionary M. E. Barber, who was a great influence on him. Through Miss Barber, Nee was introduced to many of the Christian writings which were to have a profound influence on him and his teachings. Nee attended no theological schools or Bible institutes. His knowledge was acquired through studying the Bible and reading various Christian spiritual books. During his 30 years of ministry, beginning in 1922, Nee traveled throughout China planting churches among the rural communities and holding Christian conferences and trainings in Shanghai. In 1952 he was imprisoned for his faith; he remained in prison until his death in 1972.

Six books of Watchman Nee in one peace.