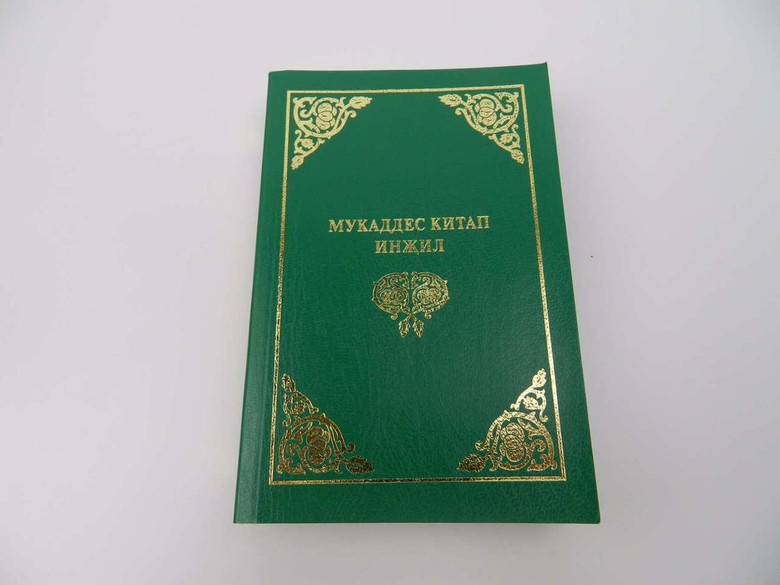 Turkmen is a member of the East Oghuz branch of the Turkic family of languages; its closest relatives being Turkish and Azerbaijani, with which it shares a relatively high degree of mutual intelligibility.

Turkmen has vowel harmony, is agglutinative, and has no grammatical gender. Word order is subject–object–verb.

Written Turkmen today is based on the Teke (Tekke) dialect. The other dialects are Nohurly, Ýomud, Änewli, Hasarly, Nerezim, Gökleň, Salyr, Saryk, Ärsary and Çowdur. The Russian dialect is Trukhmen. The Teke dialect is sometimes (especially in Afghanistan) referred to as "Chagatai", but like all Turkmen dialects it reflects only a limited influence from classical Chagatai.

Officially, Turkmen is rendered in the “Täze Elipbiý”, or “New Alphabet”, which is based on the Latin alphabet. However, the old "Soviet" Cyrillic alphabet is still in wide use. Many political parties in opposition to the authoritarian rule of President Saparmurat Niyazov continued to use the Cyrillic alphabet on websites and publications, most likely to distance themselves from the alphabet that Niyazov created.

Before 1929, Turkmen was written in an Arabic alphabet. In 1929–1938 a Latin alphabet replaced it, and then the Cyrillic alphabet was used from 1938 to 1991. In 1991, the current Latin alphabet was introduced, although the transition to it has been rather slow. It used to use some unusual letters, such as the pound, dollar, yen, and cent signs, but these were replaced by more conventional letter symbols.