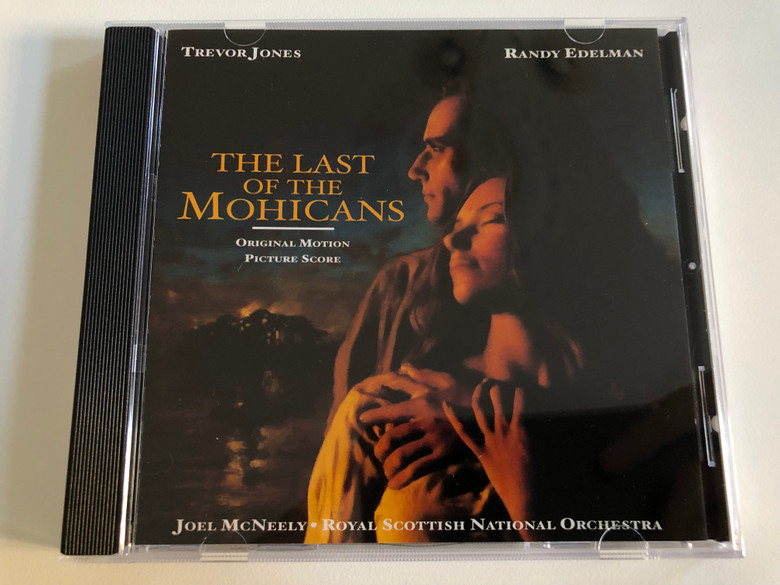 The Last of the Mohicans is the soundtrack album of the 1992 film of the same name.

Director Michael Mann initially asked Trevor Jones to provide an electronic score for the film, but late in production, it was decided an orchestral score would be more appropriate for this historic epic. Jones hurried to re-fashion the score for orchestra in the limited time left, while the constant re-cutting of the film meant music cues sometimes had to be rewritten several times to keep up with the new timings.

Finally, with the release date looming, composer Randy Edelman was called in to score some minor scenes which Jones did not have time to do. Jones and Edelman received co-credit on the film (thus making the score ineligible for Oscar consideration).

The main theme of the movie is "Promontory", an orchestration of the tune "The Gael" by Scottish singer-songwriter Dougie MacLean from his 1990 album The Search. 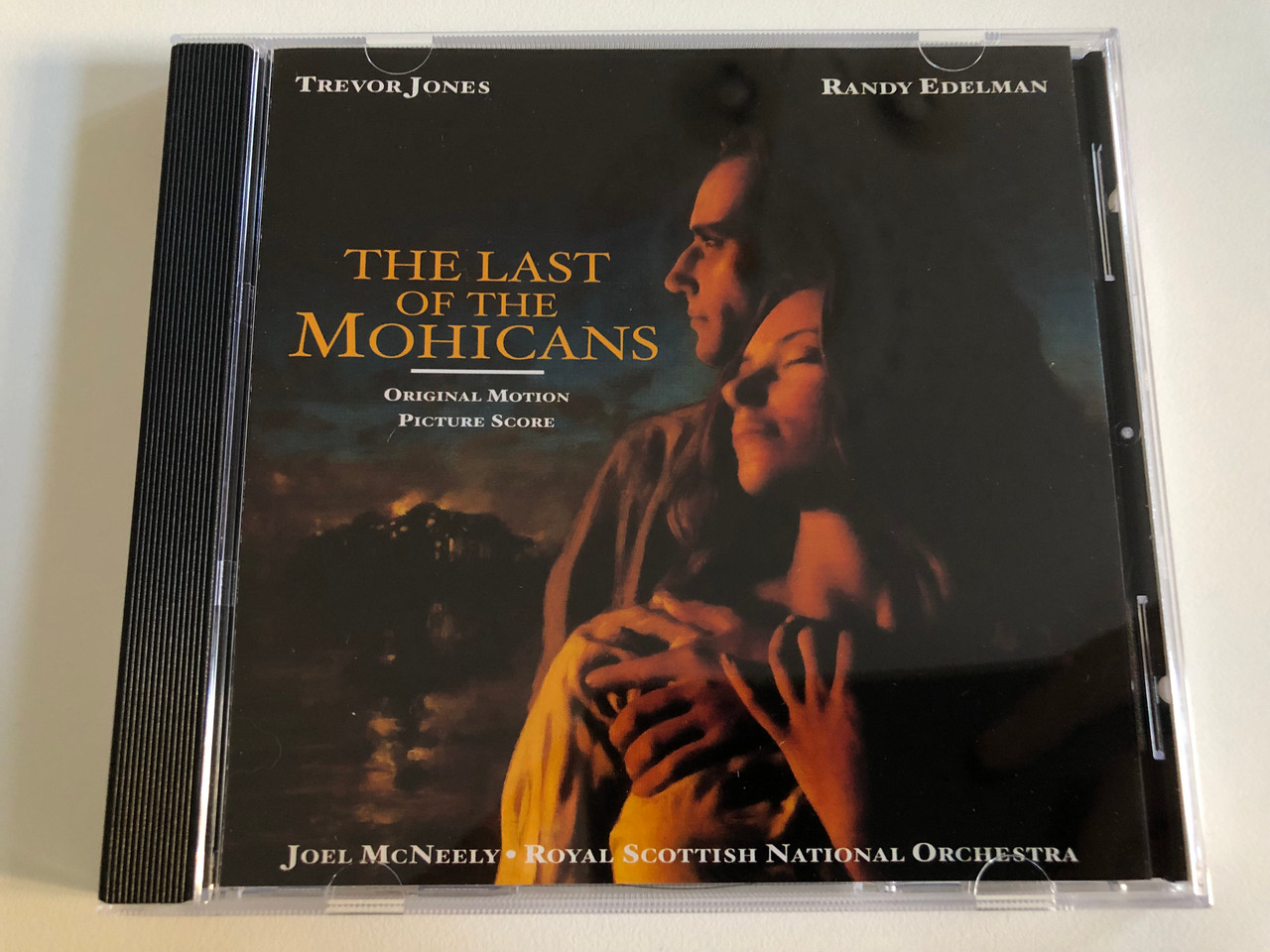 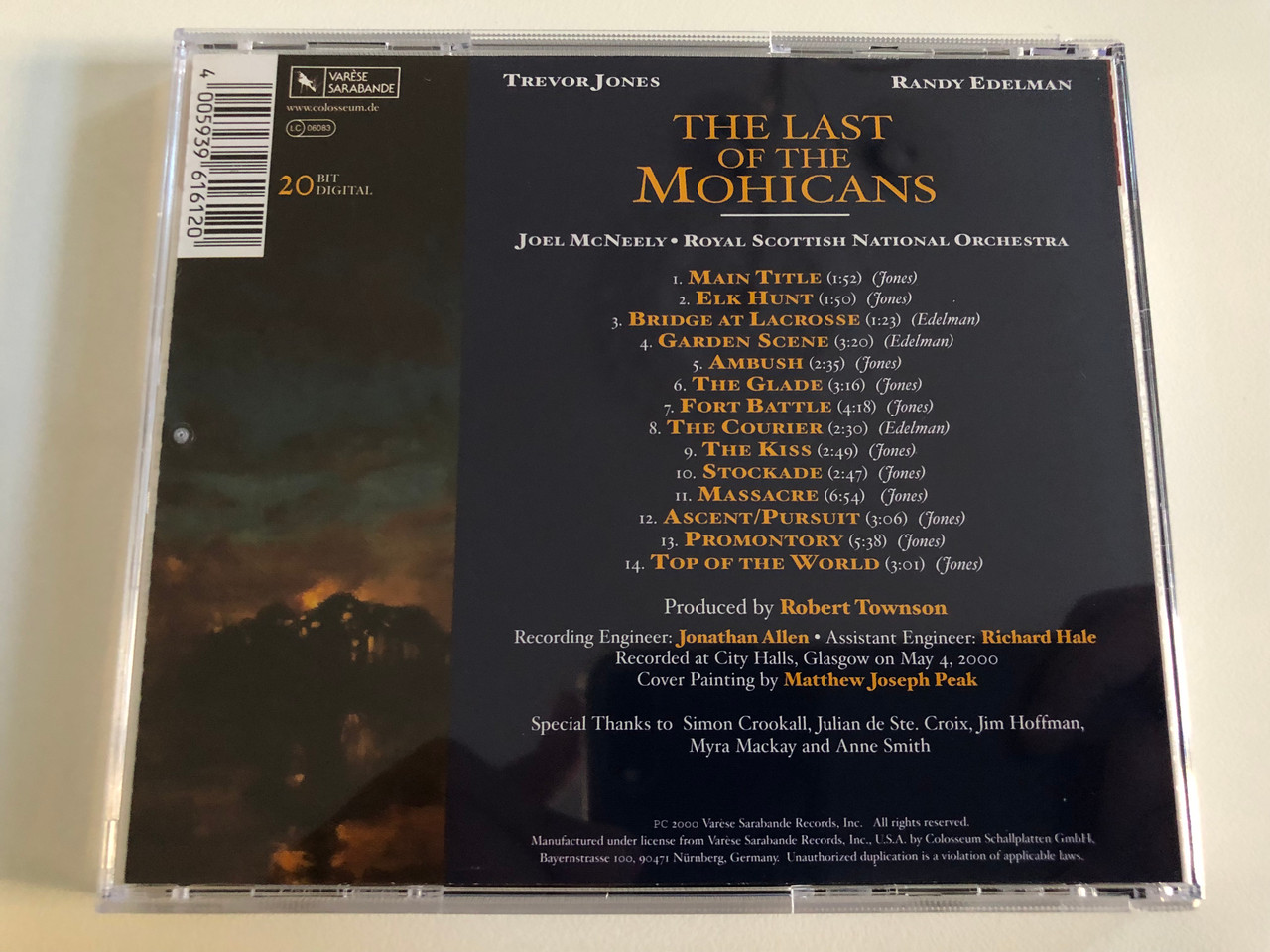 The Last Of The Mohicans (1992) Original Motion Picture Soundtrack - Full OST The Last of the Mohicans is a 1992 American epic historical drama, set in 1757 during the French and Indian War. It was directed by Michael Mann, based on James Fenimore Cooper's eponymous 1826 novel and George B. Seitz's 1936 film adaptation, owing more to the latter than the novel. The film stars Daniel Day-Lewis, Madeleine Stowe, and Jodhi May, with Russell Means, Wes Studi, Eric Schweig, and Steven Waddington in supporting roles. It was produced by Morgan Creek Pictures. The soundtrack features music by Trevor Jones and Randy Edelman, and the song "I Will Find You" by Clannad. The main theme of the film is taken from the tune "The Gael" by Scottish singer-songwriter Dougie MacLean. Released on September 25, 1992 in the United States, The Last of the Mohicans was met with nearly universal praise from critics and commercial success during its box-office run. Director: Michael Mann Writers: James Fenimore Cooper (novel), John L. Balderston (adaptation) Stars: Daniel Day-Lewis, Madeleine Stowe, Russell Means