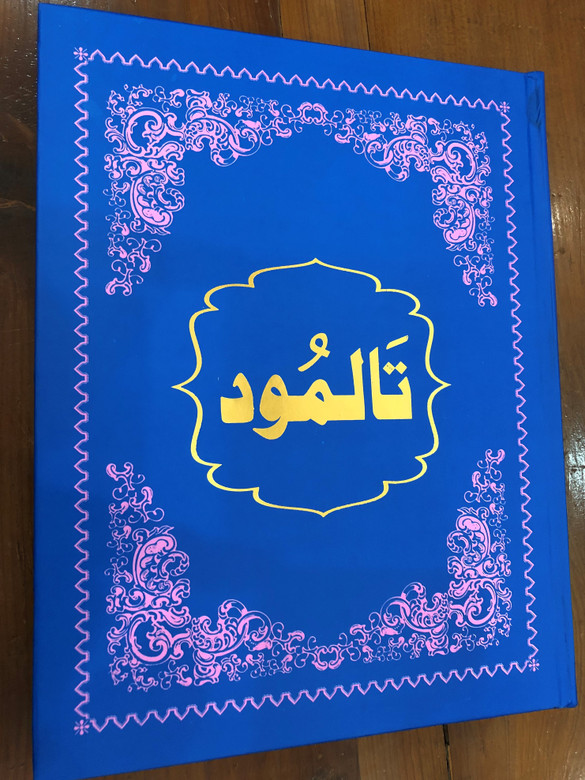 The Talmud (/ˈtɑːlmʊd, -məd, ˈtæl-/; Hebrew: תַּלְמוּד talmūd) is the central text of Rabbinic Judaism and the primary source of Jewish religious law (halakha) and Jewish theology. Until the advent of modernity, in nearly all Jewish communities, the Talmud was the centerpiece of Jewish cultural life and was foundational to "all Jewish thought and aspirations", serving also as "the guide for the daily life" of Jews.

The term "Talmud" normally refers to the collection of writings named specifically the Babylonian Talmud (Talmud Bavli), although there is also an earlier collection known as the Jerusalem Talmud (Talmud Yerushalmi). It may also traditionally be called Shas (ש״ס), a Hebrew abbreviation of shisha sedarim, or the "six orders" of the Mishnah.

The Talmud has two components; the Mishnah (Hebrew: משנה, c. year 200 CE), a written compendium of Rabbinic Judaism's Oral Torah; and the Gemara (Hebrew: גמרא‎, c. year 500 CE), an elucidation of the Mishnah and related Tannaitic writings that often ventures onto other subjects and expounds broadly on the Hebrew Bible. The term "Talmud" may refer to either the Gemara alone, or the Mishnah and Gemara together.

The entire Talmud consists of 63 tractates, and in standard print is 2,711 double-sided folios It is written in Mishnaic Hebrew and Jewish Babylonian Aramaic and contains the teachings and opinions of thousands of rabbis (dating from before the Common Era through to the fifth century) on a variety of subjects, including halakha, Jewish ethics, philosophy, customs, history, lore and many other topics. The Talmud is the basis for all codes of Jewish law, and is widely quoted in rabbinic literature.