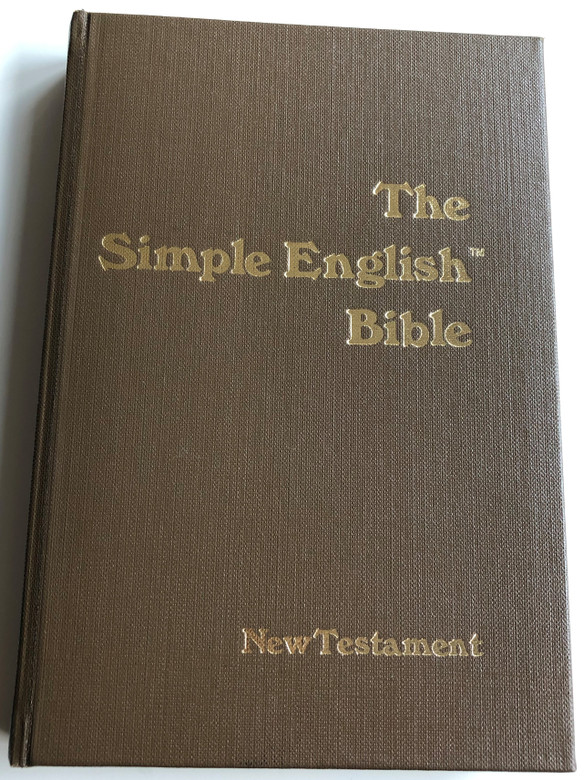 The Simple English Bible is a new translation of the Holy Bible. It is the result of an effort by several teams, not just one team, over a period of many years. The purpose was to reduce the Holy Bible to simple words not more than about six letters long. Any person with a Fifth Grade Reading Level and any foreign person who knows some English but is not fluent should be able to read and understand this Bible. A basic vocabulary of three thousand words was created for this Bible and this Bible only uses those words. Not only is this a reduction of the text to simpler words but it is also a completely new and original translation. Most other new editions of the Bible are simply rewrites of the well known King James Version of the Bible. By contrast, The Simple English Bible is an entirely new and original translation. This can be demonstrated by comparing almost any verse of the Bible.

The New Testament was originally written in the Greek language. A good translation should produce the same effect tody as the original text did on those who first heard it. How would the New Testament have been written in English if English had been the original language instead of greek? That is the degree of normality that was sought -- to reclothe the meaning of the original in the words and structure of today's mode of speech, not yesterday's. His Word ought to be expressed in the same form which people use every day, in a style which seems so natural to them that they are generally not aware that they are reading a translation.

The Simple English Bible (1978, 1980) was an attempt to present the Bible in easy to understand, modern English. It was translated by International Bible Translators and the Bible Translation Committee included F. Wilbur Gingrich, Jack P. Lewis, Hugo McCord, Clyde M. Woods, S. T. Kang, Gary T. Burke, and Milo Hadwin. The chairman was Stanley L. Morris, who served as an editor in the Translation Department of the American Bible Society from 1968 to 1972 under Eugene A. Nida.