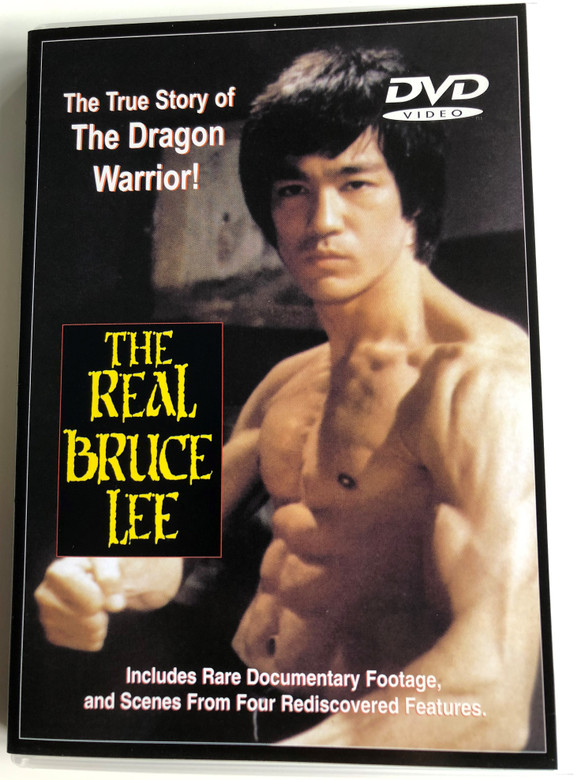 The Real Bruce Lee, also known as Last Fist of Fury, is a 1977 martial arts documentary.

The version of the film that is commonly distributed in the West (USA) on public domain-type DVD and video labels runs 93 minutes in length. The British VHS-version released in 1979 runs 118 minutes.

It begins with a brief biography of Bruce Lee, and shows scenes from four of his childhood films, Bad Boy, Orphan Sam, Kid Cheung, and The Carnival, each sepia-toned and given a fully new soundtrack with dubbed English dialogue and a disco soundtrack such as an instrumental version of Devil's Gun by C. J. & Company.

Next, there is a three-minute highlight reel of Lee imitator Bruce Li.

Finally, there is a feature-length Korean martial arts film starring an imitator Dragon Lee as Lee Xiao Long in 최후의 정무문, Choihui Jeongmumun (lit. "Last Fist of Fury"). The plot of the film is a spin-off to Fist of Fury (1972), Japan has invaded China, and started putting to shame the glorious past of the House of the Dragon Kung-Fu school. Now, they even killed one of the pupils in an uneven match. Lee Xiao Long, also a school fighter, decides to risk his own life in taking revenge on the foreign oppressors.

Lee Jun-fan (Chinese: 李振藩; November 27, 1940 – July 20, 1973), commonly known as Bruce Lee (Chinese: 李小龍), was a Chinese, Hong Kong American actor, director, martial artist, martial arts instructor and philosopher. He was the founder of Jeet Kune Do, a hybrid martial arts philosophy drawing from different combat disciplines that is often credited with paving the way for modern mixed martial arts (MMA). Lee is considered by commentators, critics, media, and other martial artists to be the most influential martial artist of all time and a pop culture icon of the 20th century, who bridged the gap between East and West. He is credited with helping to change the way Asians were presented in American films.